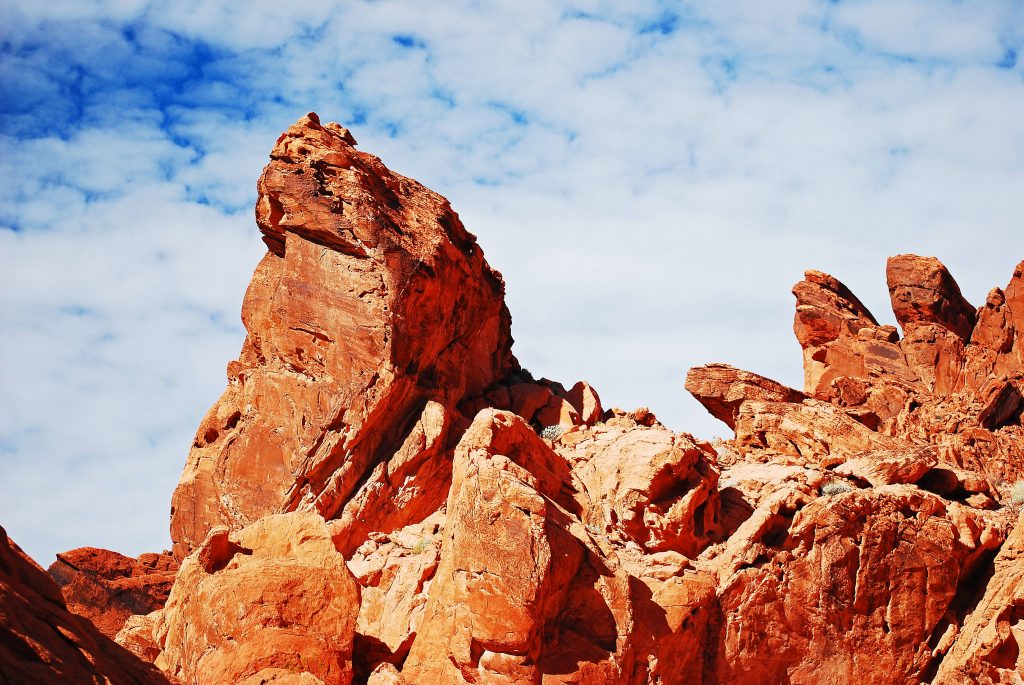 Early signatures of what awaits us in this wandering pilgrimage
will be met in el-Siq.
The signs prepare us, with cunning and seduction, for the coming shock.
A feeling of suffocation will alternate with one of relief.
The air can be completely still,
standing over the head like a mass,
and it can
suddenly rise
like a fan.
The water that tells of life
also tells of the place.
Those canals that used to deliver clear water
from springs that burst outside the city,
we will soon see them, almost as they were,
except they are dry now.
That’s what killed the city, that was
its Achilles’ heel.

Before the sudden rose bloomed in front of us like a desert dawn all at once
we had no clue as to where and what el-Siq would lead us.
We knew something mysterious awaited us
but what?
El-Siq says, be patient,
persist for your eyes and feet
to deserve this journey’s exhaustion.
The road will lengthen between light and shadow,
the sky will disappear then gesture
yet the journey isn’t without a guide.
Stare at the high fissure above
the shocking fissure
and you might see.

All who wrote about Petra imagined it as female. A pagan
goddess like the morning star, a queen in a golden chariot
pulled by four horses, a young shepherdess guiding a herd of
goats, a Bedouin woman weaving an endless mat, a queen
daughter of a queen. The feminine metaphor is ready at
the tips of their pens, just as I did in discussing el-Siq. Still
others wanted to be more contemporary in expressing a
femininity that is difficult to pass through with ease: some
wrote about a blonde tourist who rolls up her pants and
wades in a captivating mirage, or an archeologist who
impersonates at night the images of ancient queens, or a
student of history whose name is that of a famous Arabic
lover, as she guides a team of students like a gazelle,
ascending to el-Deir. Still, it is possible for the sensory
metaphor to flip into a Sufi ramble within one range. The
sensory and the abstract merge, how wondrous, in ink.
Sometimes it is difficult to tell them apart. The abstract has a
roothold in the sensory, perhaps a drip in the urns of utmost
desire, the impossible desire, drop by drop, until vanishing.

You had no statue among the chatterers in temples and halls
but perhaps it was your scent that rose
from a wide fig leaf dangling in el-Siq.

With this hand I touched
the beading star,
the moon’s roundness,
the snake’s skin,
the recklessness of grass,
the dew’s angst,
the water of life.

I don’t possess proof of this earthly ascension of mine,
not of the unknown’s grant, or the gift of chance.
Only this hand
that returned with a map of smells and signs.

Amjad Nasser is a leading Jordanian poet, essaysist, and travel memoirist. He has co-founded a number of Arabic publications.

Fady Joudah is a poet, translator and physician. His poetry has received the Yale Series prize and Guggenheim Fellowship, and his translations have earned him several awards, including the Griffin Poetry prize. His latest poetry collection is ‘Textu’, and his latest translation, with Khaled Mattawa, is ‘A Map of Signs and Scents’ — a selection of Amjad Nasser’s poetry.

“Given a choice, she would go out and comb the manic streets of Delhi for terrorists or car jackers, instead of being cooped up in a dingy room with me.” Story of the Week (October 25), by Vineetha Mokkil.

"The presence of an audience is nice, the vindication of recognition and even the money you get for hard work...