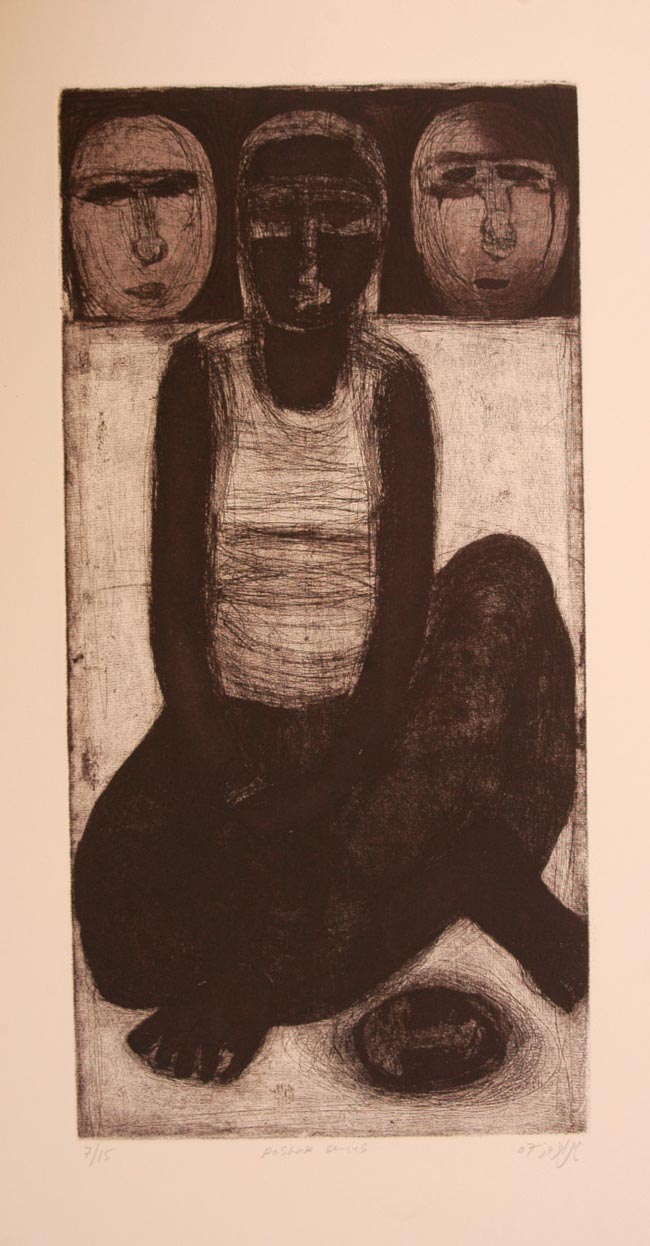 By Tan Nazer and Zoha Qamar

“You cannot take that off! What are you thinking?”, I am standing in the lobby of a mosque after Sunday school classes trying to re-braid my hair before draping the scarf back over it. It is May, it is the desert, it is hot and my neck is sweaty. I just wanted to itch my head before putting the scarf back on, but the woman behind me runs up to yank the scarf out of my hand, knots it tightly and instructs me to head back to the women’s room “where I belong”. I am five.

As Muslim women in America, we often find ourselves at a crossroads where modern Western values and traditional religious practice face off against each other.
Crackly Arabic comes out muffled through the outdated speaker system where we will eventually hear an invisible sermon booming from the main men’s hall downstairs on the ground floor. A black headscarf is wrapped hastily around my forehead, accidentally leaving enough room for my curly baby hairs to peek out, when suddenly a hand grabs at the scarf and tugs it down over my face. “Dirty girl, Astaghfirullah”, the person who the hand belongs to reprimands. “May Allah forgive you. Your hair wasn’t covered. Your prayer would never be accepted!”, I flinch and turn to find an old woman next to me drawing her hand back quickly, mumbling more Arabic to repent for my close call at committing a sin. I am nine.

“So, like, you never veil, right?” my best friend asks me at two in the morning as we pour our feelings out over ramen and popcorn. We have both been tucked away at a boarding school and are curled up on the floor of our chilly dorm common room to escape junior year stress and January blues. I am sixteen.

As Muslim women in America, we often find ourselves at a crossroads where modern Western values and traditional religious practice face off against each other. However, constantly directing attention toward their generalized differences fabricates a false narrative: that these two polar entities don’t share any common ground. This crossroads doesn’t represent a binary battlefield pitting East against West. In fact, it showcases a constant, shared obsession with Muslim women on both sides. The suffocating setup gives large parties — from politicians to Imams, parents to activists — with sweeping rhetoric an excuse to bicker with one another, while only working to override our voices — to speak over, at, or for us.

Since long before we can remember, we have been Muslim women interrogated as to why we don’t wear headscarves. We do tuck away our thick black hair behind thicker, blacker scarves as we make our way to the closed off nook designated for our prayer — the “women’s section” in a nearby mosque. In these mosques we are routinely shunned for the “inadequate” covering of our sinful bodies.

We spend summers in our home communities during Ramadan attempting to bolster our relationship with God by pushing through pages of Qur’anic verse and submitting ourselves to extra prayers. Yet, we spend those same hot desert nights over sweet Medjool dates and fluffy hot breads that refuel our sapped energy from days of no sustenance, and from constantly combating lectures from more traditional community members who deem our educational aspirations worthless compared to our marriage prospects.

We march through the hallways of school with our baby pink “Feminist” sweatshirts, schools where we are taught that this is an era of bold, strong women who don’t back down, just hours after we are scolded at Friday prayer. We are chastised because our daily routines — from school to work to sports — feature athletic shorts and uncovered hair , distractions to men and their piety. We are labeled at fault for this sinful existence, and shamed into covering up our immoral bodies from head to toe to prevent the damage that we, as women, chronically do. We are silenced by our communities with the myth that we are worthless to God, while we are targeted by Western society as a prime example of Islam as an evil, oppressive religion.

The truth is that we’re Muslim women in America: we love both the message of Islam and the ideals of freedom. We believe in both the Almighty Allah: Most Gracious, Most Merciful, and in liberty and justice for all. We admire the beauty in both flowery Qur’anic verse and in the flickering fireworks on the Fourth of July. We avail the opportunity to practice patience throughout Ramadan and exercise our rights as voting members of a democracy.

We are Muslim women in America. We are torn between a culture that discriminates against us by hijacking the peaceful roots of Islam, and a country that pledges to accept our diverse narratives, but pushes us to become either tokens of our religion or women broken off from our religion.

We do not use the word “oppressed” lightly. “Oppressed”, the word in the West often used to label Muslim women and diminish us to a pitiable condition. But to automatically label us as “oppressed” is more dangerous than the warped cultural baggage that reduces us in the first place. We are “oppressed”, as in the verb — as in a culture that actively works to reinforce the inferior nature of our bodies, and minds, and spirits — not as in the adjective that categorizes us as victims of some incurable condition that we were born with, and will die with. Do not write us 800 million Muslim women off as one body, permanently oppressed and trapped and sentenced into eternity. Understand what perpetuates the nature of our unequal treatment, what works actively to maintain the aggressive, active “oppression” subjected upon us.

The cultural discrimination we face is not rooted in Islamic theology, but rather in a twisted attempt to implement religion. Some may be quick to refute this statement with the Qur’anic line surrounding inheritance. However, isolating a single Qur’anic verse that seemingly encourages gender inequality by allowing a male to inherit a share twice that of a female — which we believe was in fact delivered in the context of seventh century Arabia, when binary roles of men’s duties to care for women and families were more prevalent — and using that to devalue and delegitimize us, underscores an inability to grasp Islam’s core values of acceptance and equality. It further exhibits a failure to consider and comprehend Islam’s message using God’s ultimate gift of discernment bestowed upon humans.

We come from countries and communities where religion and culture are heavily intertwined; to the point where many are blind as to which traditions originate from where. As Muslim women, we wrestle with extricating the differences between these two lineages of tradition, because here lies the key to unlocking, celebrating and recapturing the rights of women for which Islam was originally intended. Reclaiming and implementing such equality is a journey that spans far beyond one lifetime, and in doing so, we put ourselves on a path with many obstacles, questions, reflections and choices.

We understand that we are privileged as Muslim women within the educated spheres of the West and want to make crystal clear that we are here to talk as part of the Muslim women’s narrative, not simply as the Muslim women’s narrative. To mistake us as the entire face of Muslim women would be another attempt at reducing all of these women to a single voice, a single stereotype, or a way to accuse us of trying to talk over the rest. Both are wrong: both are dangerous. Recognize us as a voice trying to speak as a small part of the whole. We are aware that many Muslim women will go their entire lives without the ability to speak at all. We should all acknowledge that that silence, those voices robbed of themselves, those stolen opinions and hidden stories are voices in that narrative too.

The final match of the Poetry World Cup second round.

Noah Klein's interview with Maikel Pérez in the original Spanish.