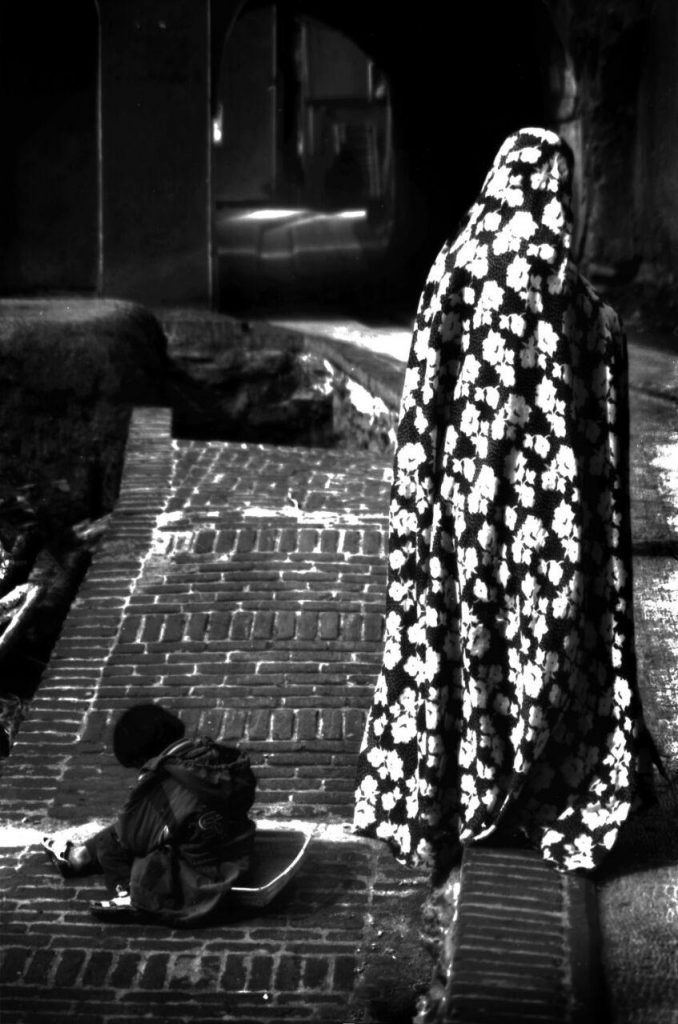 Pray for All, by Mohammad Ali Mirzaei. Image courtesy of the artist.

you dip a toe
inside of water.

water tells you
your toe is the
problem. ripples
out slow, might
turn lake to skin.

too much foot
is in liquid, human
can’t be mer-
population. all
the doors escape
through water,
all water closes,
blood dissipation is
one corpse’s
constant. sea
turned to flesh,
it’s a sea ground up
into bowls, a river
of muscles.

your one
small toe is the
problem.

all souls
in a cupped bowl
of let them, let
them. no true water
escapes skin
follicles’ mingling,
tiredness swelling
into sunken limb.

hope is a sea-
storm’s kindling.
fire in the mouth
of waves
and mistral.

Poet’s note: As a Muslim woman who has lived as a minority in Western countries for most of her life, and someone with Muslim family in the States, I’ve felt physically nauseated by everything going on. All these families torn apart. It’s brought up memories of the Islamophobia my family and I have experienced, and I’ve also been shamed for speaking up for my beliefs regarding refugees recently, and been told we “play the victim”. The constant stream of suffering from bigoted politics seems overwhelming. However, the upswell of resistance and solidarity has been incredible. It’s been heartening. It’s been hope.

Khairani Barokka is a writer, poet and artist in London. She is author and illustrator of the poetry-art book ‘Indigenous Species’ (Tilted Axis Press, December 2016), co-editor with Ng Yi-Sheng of ‘HEAT: A Southeast Asian Urban Anthology’ (Buku Fixi Publishing, 2016), and co-editor, with Sandra Alland and Daniel Sluman, of Nine Arches Press’ UK anthology of D/deaf and disabled poets (forthcoming April 2017). In 2014, she was recognized by UNFPA as one of Indonesia’s ‘Inspirational Young Leaders Driving Social Change’. Her first full-length poetry collection, ‘Rope’, will be published by Nine Arches Press in September 2017.

“There is a lovely beach in a lovely town. You stand on the shore and see that the water is deep and dark so it impossible to know what lies beneath…” First Friday flash fiction, by Kiren Valjee.

"A few snowflakes fall between the tree and the hollow ground. Those yew trees are grown over the fence now..."...