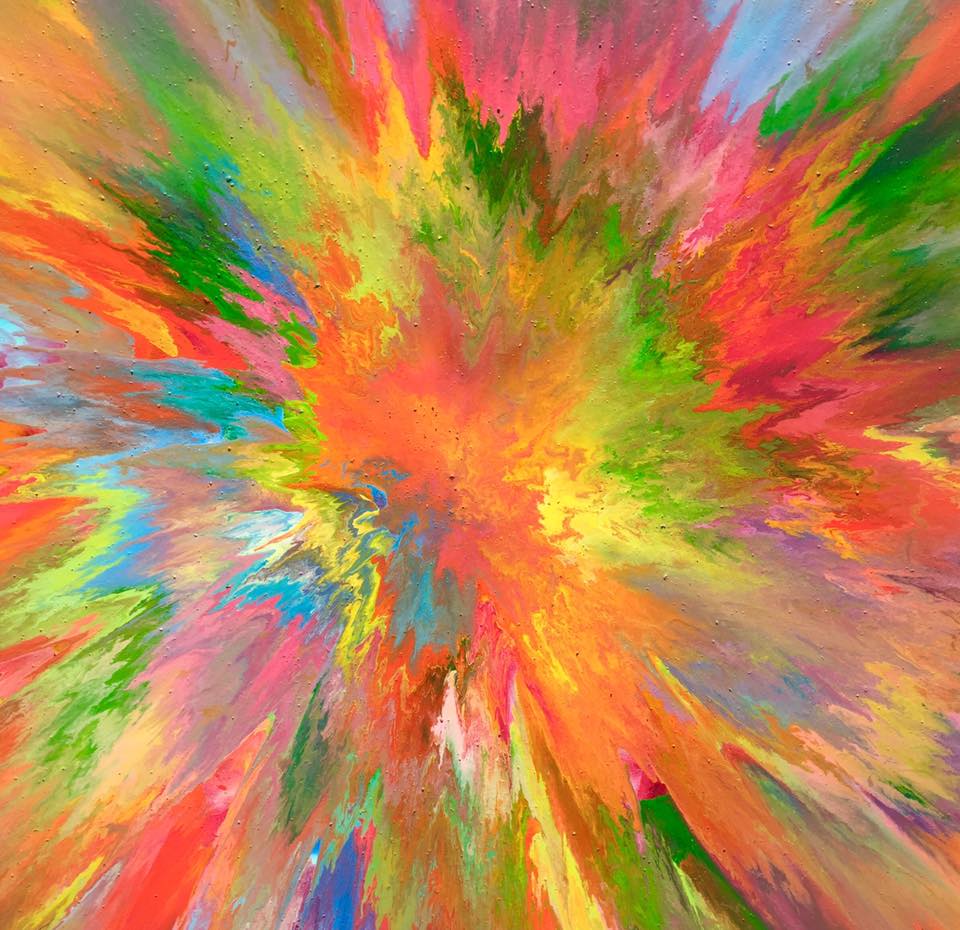 ‘Breath before brush-V’ by Ryan Carey. Image courtesy of the artist

It’s that time of year again: time for The Missing Slate to nominate a selection of our favourite pieces (stories, poems and essays) for the Pushcart Prizes. We’ve previously nominated work from 14 different countries, including translations from 6 languages (Bengali, Arabic, Portuguese, Hungarian, Danish, and Polish). This year, our shortlist was selected by various representatives from our multinational editorial team, who introduce the work they’ve chosen below:

Handal’s poem tells of a man – a record keeper – living amongst the devastations of the war in Afghanistan. A bomb begins the poem, but it is soon accompanied by other, quieter sounds: whispers of history, prayer, speech, song. These sounds echo in the poem’s many gaps, long distances, and absences, allowing it to convey a sense of intimacy between land, body, and language, even if all three are close to ruin. Handal’s lines are evocative yet measured, inviting close attention and deliberation, wherever that is possible as the terrifying record of war runs on both within and beyond the poem. It is within such brief moments of rumination that the “high window” appears, as a source of light and potential escape, but far from a “perfect exit”. In this sense, ‘The Record Keeper’ leaves us conflicted. But it also asks us to listen, and when we do we find fleeting glimmers of hope. Such a careful negotiation of subjectivity and archive resonates in a world that again and again threatens disconnection.

Andal, ‘Take Me to His Sacred Places’ (from ‘Nacciyar Tirumoli’; translated by Priya Sarukkai Chabria)

Translating the works of the great alvar Tamil poets into English is no easy task — particularly not the poems of Andal, a 9th-century mystic poet who lived and breathed her love for God. Ably aided and enhanced by Priya Sarukkai Chabria’s translations, Andal’s poetry flowers. We feel Andal’s single-minded focus, her ecstatic rigidity in her love for her god, and we appreciate the changes in her tone. Both Andal and Chabria move effortlessly from devotional and soft (“I’m cut bowstring vibrating/ for his touch”) to plaintive, demanding, harsh (“Why/ clothe me in convention? Let rapture recapture me”). Chabria captures this variability exquisitely and infuses it with her own distinctive poetic voice. Her translations play with form, rhythm, rhyme, even italics: she does have parameters here, but the only part of the poem that feels bound by the original Tamil is the spirit of it. She captures Andal’s devastating longing perfectly, without shackling it to a direct translation or allowing it to fall into familiar patterns.  Chabria’s translations surprise us at every line with their unharnessed sensuality — but more importantly, they provide us with an opportunity to glimpse Andal’s world and live her works, “black as the star-tossed ocean”.

All great poetry springs from genuine feeling. Deonte Osayande’s ‘Tornadoes’ takes enormous risks with the rawness and directness of its language, progressing through a series of simple statements from “my fiancée and I see/ the confederate flags” to

Every week
I am reminded of how my presence isn’t wanted
in my own home country and I have to swallow
that truth like a glass of water. I gulp it down

and nearly suffocate every time.

Presenting this unadorned version of the truth requires both talent and courage. Another poet would perhaps have masked their rage behind elaborate rhetoric, or relied on form to drive the machine of the poem unrelentingly forward. Instead, Deonte Osayande has the confidence to refrain from over-editing.

Not that ‘Tornadoes’ is concerned primarily with rage or fear. It turns out to be a poem ‘about’ redemption. Leading into the final stanza, the speaker affirms that “We found joy despite it all… We will celebrate/ despite it all because they can’t take our joy from us/ … we gonna keep on dancing.” In dark and uncertain times, optimism is a priceless commodity.

At the time of publication, midway through a politically turbulent summer, ‘Tornadoes’ was worthy of admiration for the ease with which it seemed to cut to the heart of contemporary America. Four months later, as we move into this new post-Trump reality, ‘Tornadoes’ reads more than ever like that poem-in-a-thousand which manages to bring us face to face with the world as it really is. Don’t turn away.

Chika Unigwe, ‘Sketches of My Mother’

In ‘Sketches of my Mother’, Chika Unigwe explores the bond between a mother and a daughter against the backdrop of immigration. ‘Sketches…’ takes the most primal of relationships and develops a narrative around it that leaves a lingering impression on the reader.

Unigwe deftly depicts a moving representation of the foreign experience in the character of the protagonist’s mother, creating a convincing portrayal of the stages of wonder that accompany a venture into a new world — a journey that leads to estrangement coupled with a deep, unrelenting sense of homesickness. The old is juxtaposed with the young, and the protagonist here is a symbol of the evergreen adaptability of youth. It is easy to relate to her desire for familiarity in the land she now calls home, and the reader can’t help but root for her happiness. The maturity she displays as the rather poignant resolution of a story unfolds is an instance of wonderfully subtle character development. Throughout the story, Unigwe presents scents and flavours to the senses, delicately balancing the physical with insightful and perceptive observations of the human heart and mind, making her work a joy to read.

It is hard to pull off a story based solely around a character’s nuances (‘A Confederacy of Dunces’ is a novel-length example that comes to mind) but Lara Williams does it beautifully. From the beginning sentence, “It begins, and ends, with the birds,” she propels you into the mind of a neurotic depressive who struggles to make it through the day. That sounds like a terribly sad story, but one of the magical things about ‘Beautiful Existence’ is how it holds on to its bouncing, sprightly tone. The tone and the pacing of the story don’t allow you to feel much of anything but the onrushing words until you get to the last sentence and sit back and breathe out and immediately go back to the beginning. It is a short story, less than 800 words, and at that length prose has to read more like poetry than fiction. Each word is given so much more weight that an author cannot afford to be lazy. “A chirruping chorus, scattered squeaks trilling through the rustle; the branches carousing like veins…” and “The evenings are getting longer, stretching out like sleeping cats, rolling over and over…” are just two examples of the carefully wrought, meticulous language that Lara Williams uses. This is a story that invites multiple readings, with each reading yielding new discoveries.

Soniah Kamal, ‘The Fall: How Not to Survive Your Father’s Imprisonment’

Introduced by Constance A. Dunn

Soniah Kamal’s story begins with a phone call informing her that her father has been taken to prison after a nonviolent coup of the Pakistani government. She is stuck in the USA, thousands of miles away from the ensuing family upheaval. Her raw, personal narrative of distance and the pain of separation weaves in and out of memories and history, ending poignantly at 9/11 and the ominous phrase, “A safety net has fallen and we’re all tangled up.” Despite the piece ending on an event that redefined the world, it’s the image of Kamal’s father that stands out. Elegantly sandwiched between short descriptions of his favorite chair (one that no one sat in during the entire nine months of his imprisonment), Kamal’s father is the everyman — stable, intelligent and loving, a timeless universal that asks the reader to imagine their own father whisked away without explanation. And rather than school the reader on the whys and hows, she asks them to feel alongside her, creating a disarming empathy that feels more like a late night chat with a friend than a speech to the class.

Kamal’s story does what short nonfiction does so well, putting the reality of an individual experience in the context of world events.

"As with all good books, the questions it poses linger long after the final page..." Jacob Silkstone reviews Mushtaq Bilal's...