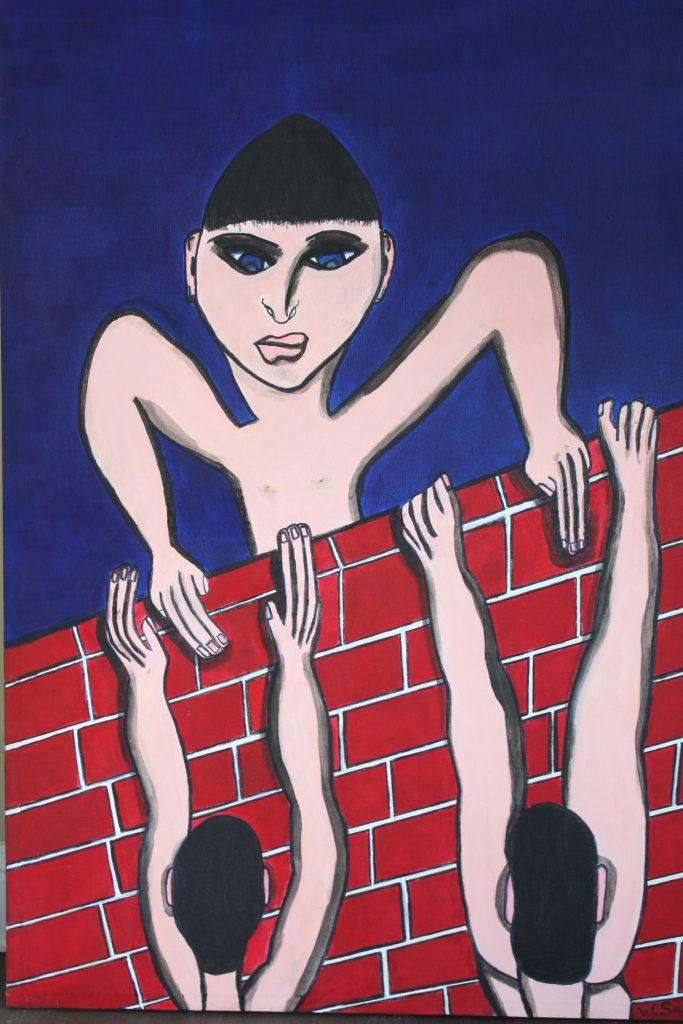 I missed my mother. This missing was not an abstract, distant thing, flitting in and out of my mind, but a palpable object, an exaggerated Adam’s apple which threatened to choke me every time I swallowed. It had crept up on me sometime in my first year abroad, a slight ball of wool that bothered me now and then, but by my third year it had become this unbearable burden. When a colleague suggested to me that I might be homesick, I told her not to be silly, it was not homesickness that weighed on me but my mother’s absence in my life.

I was 24 when I left home for the first time. Unlike many of the girls I went to primary school with, I had not gone on to boarding school even though I had passed the entrance examination to one of the top secondary schools in the country. I enrolled in a school which had proximity to home to recommend it. When it was time to go to university, I also applied to a university which was a taxi ride away from home. It was the cheaper alternative for my mother, and therefore the only practical one. Most people swear that daughters and mothers cannot live together for so long without suffocating each other. With my mother and me, it was the opposite. We were two identical hands on one stomach. Almost.

I begged my mother to come and live with me. I called her at least once a week. I promised her a rest from days of sitting in the sun selling pepper and tomatoes to customers determined to pay the least amount possible for them. I had a good job now. It was my responsibility to ease her life. After all her hard work, she could begin to reap the benefits, spend her days in my air-conditioned home and rest her feet on a side table in my living room. My wanting her to come was not just me being selfish. It was me wanting to tear her away from the heat, and the poor power supply and the mosquitoes and the water scarcity and the overwhelming dust she had to deal with on a daily basis. Problems I could not ease by just sending her money every month.

I was at the airport a full hour before her flight was scheduled to arrive. I drank endless cups of coffee while I waited.  The first thing I noticed when I saw her was this: she looked startled. It reminded me of my own wide-eyed wonder three years ago at the gleaming smoothness of the airport floor.  And then I noticed that this woman with her wig covering an eye looked nothing like the mother I remembered. She looked older. Unkempt. Ordinary. Not a hint of redness on her lips.

The mother of my memories was elegant. She would not step out of the house without her trademark red lipstick and perfect hair. She did not walk with slow steps as this stranger did. This was not the mother who told me that no matter how hard life got, a woman owed it to herself to dress well. The mother, who despite the poverty my father’s death and his brothers’ greed had driven us to, always managed to look glamorous.

It took her a while to notice me. I waved, she waved back, her face breaking into a smile. And then I walked up to her. She smelled the same. At least that had not changed. I held her and soaked in her scent the way I did as a child when I woke up from a nightmare of her being killed in a car accident, the way my father was. I fought the urge to reach out and straighten her wig. I hugged her and the familiar warmth of her dissolved whatever embarrassment I felt at her deterioration.

The mother of my memories was elegant. She would not step out of the house without her trademark red lipstick and perfect hair. She did not walk with slow steps as this stranger did.

“You look tired,” I said, taking over the trolley she was pushing.

“I have not slept in twenty four hours.”

“Why not? I especially booked a night flight for you so you’d be well rested.”

“I could not sleep on the plane. I haven’t seen my own daughter in three years, was I going to risk missing my stop? ”

My mother had never been on an airplane but I had not thought that she would think that planes operated like the buses she took from Nsukka to Lagos, making pit stops along the road, and if one slept through their stop, they were carried back to their destination. Although I wanted to laugh, I was consoled in thinking that perhaps her aging was temporary, that once she had rested she would be back to the woman I remembered. She held my hand in both of hers and I knew that she too had missed me.

My mother’s startled look stayed put throughout the first week of her arrival. They lighted upon my doorknobs (shiny); my TV (big); the rug (soft, soft like a baby blanket); the fruit basket (these bananas look plastic. You say they are real?). At the end of the first week, she set them on me (this house is too quiet. How come you never have visitors? Have you no friends?)

“So how come they do not come here?”

She clucked her teeth against her tongue the same way she did when I told her at 16 that the boy she had caught me with was just a classmate. While I was out at work, my mother divided her time between cooking and watching TV.  My house smelled of my childhood: okra soup and jollof rice; yam pottage and beans. I could close my eyes and be the precarious eight year old on her father’s knees while her mother dished out food in deep, porcelain bowls. Not even those bowls had survived my uncles’ greedy hands. The car was the first to go. The 504 Peugeot in which we had driven to church on Sunday mornings. Uncle Justus, my father’s older brother laid claim to that. As he did the sofas, the TV and finally the house. My tenth birthday was spent helping my mother set up what was left of our belongings in a one-room apartment, smaller than the bedroom she and my father had shared only the year before.  In that one room, she entertained my friends and hers. Once a month she hosted six women from her Christian Mothers Group. On those days, they sat on the veranda, and kept me awake with their laughter.

“The smell of all the home food you’re cooking.”

My mother said nothing. In her eyes I saw the startled look get wider. Then she clucked her teeth against her tongue.

Five weeks into her stay, she complained that she was running out of foodstuff. Was there anywhere we could replenish her stock from?  My mother had come with bags of ground egusi and dried bitterleaf; ground crayfish and smoked fish. I told her I had not imagined that customs would let her through with so much food. She said nobody checked her.

“Why did you bring so much food?” I asked the day she arrived.

“I was not sure I could stomach whatever it was you ate here. One does not learn a new dance in old age.”

“The blood-caked hairs on the dog’s tortured body were turning into symbols. With a painful sneer she realized what they meant.” Story of the Week (January 31), by Balla. Translated from Slovak by Julia and Peter Sherwood.