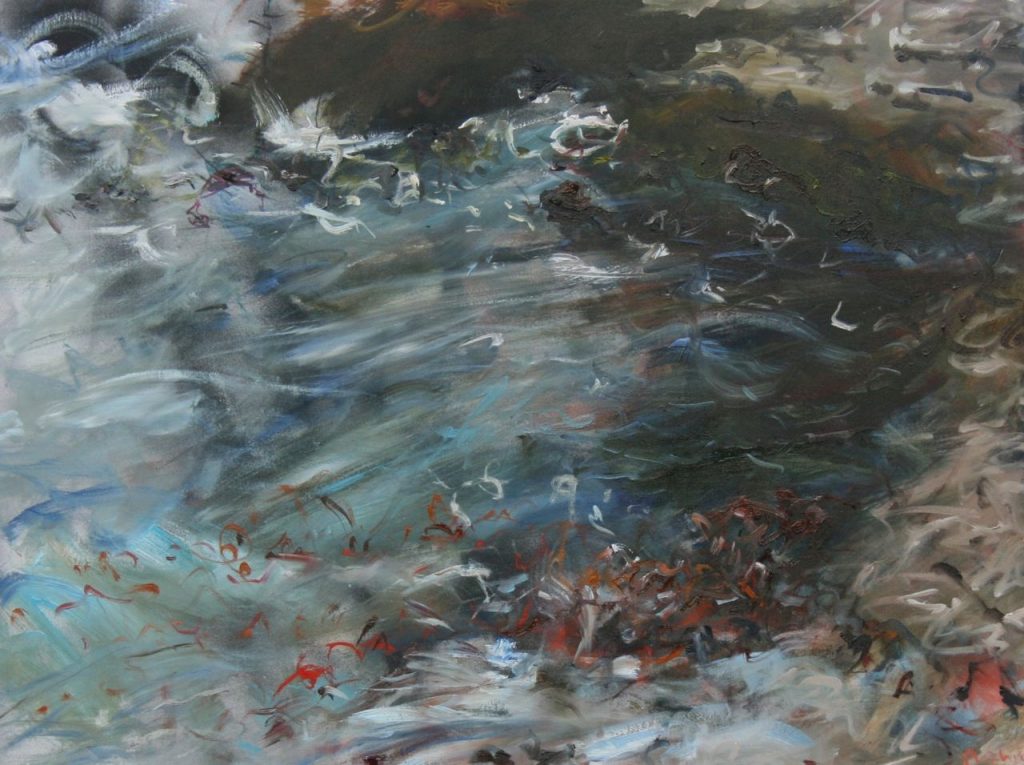 The virgin now a woman was once a desired myth
The very old one reverses into an ideated antonym
Lagos is a Gemini—one is old the other is new
Lagos is the old laughing at the new, and its tide of frowns

New Lagos is the future flirting with the past
The fast-forward land, city, and the woman
Whose adopted children call the land: mother?
With a short memo: this Lagos is our Lagos—not

This Lagos is our Lagos—not, and not at all
For every space is not for sale until owned by vagabonds
This city is a myth of geography: Lagoons and land
All who see shall know: Lagos is a raped woman

New Lagos is a cinema of clampdowns that shouts:
This city has changed and can no longer be raped
This city is ready to rape anyone standing akimbo
No car no leg no arm no face no eye: this is Lagos

Jumoke Verissimo is a Nigerian poet and writer based in Lagos. She has read her work across Nigeria and internationally. She is the author of the award-winning ‘I am memory’ (Dada Books, 2008) and ‘The Birth of illusion’ (Fullpoint, 2015). Her poems have been published in several anthologies, including the ‘Livre d’or de Struga’ (Poètes du monde) and ‘Migrations’ (Afro-Italian, ed. Wole Soyinka). Her poetry has been translated into Italian, Chinese, French, Spanish, Arabic, Macedonian, Mongolian, Norwegian and Japanese. She is a recipient of the Chinua Achebe Centre Fellowship.

“Perhaps we knew we were headed for/ Winter, perhaps we knew this was our last summer./ For why else would we/ Insist on taking the boat out to the sea.” Weekend poem, by Pooja Garg Singh.