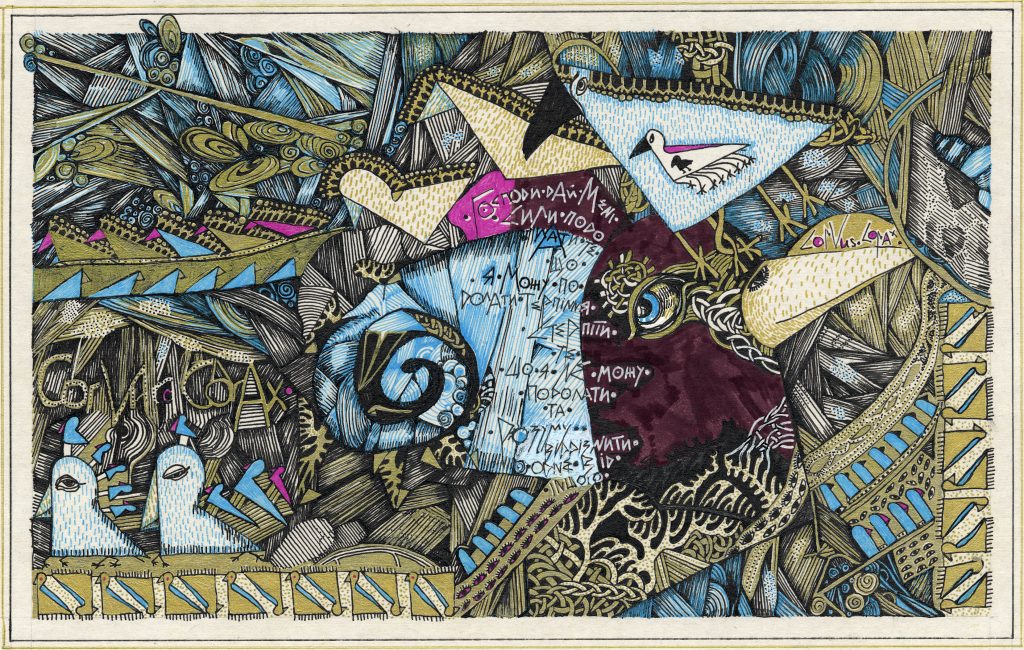 We knew what they wanted by their accents. If we heard Mexico or Guatemala in their English, they wanted the babies. If we heard India or Pakistan, they were there for the one-year-olds. Jamaica: the bucks would jerk, dragging their feet to the end. Ghana, Nigeria, or Senegal—same as the Americans: the cries would rise from every corner of every pen.

Most of us were born and bred in south Jersey, but we couldn’t help but pick up a little culture on the farms. There isn’t a goat in the tri-state doesn’t know the Tasmiya or Shahda, or what “what agwan” means; not a nanny or a billy whose ear isn’t attuned to the difference between the tentative Ghanaian cadence, the direct Nigerian brogue, and the seductive Senegalese drawl.

Among the regulars, we watched out for big life changes. If we saw an engagement ring, the behs would abound—traditional weddings, and increasingly, hipster nuptials called for a goat. When pregnant buyers would come, we would groan—an outdooring or naming celebration was imminent, complete with a roasted kid.  If an adolescent Ghanaian girl trooped in with her parents, it was 50/50 she would pick one of us out for her dipo puberty ceremony. Gray hair, too, was a death knell.

Every day—any day—any one of us could be picked out for any reason, and we would be. The accents would come, standing just outside the pen, pointing; then the farmhand would come in. We’d part like hair, pushing into the walls of our containment area, then alternately cry, call, or sigh when he wrestled his pick off the floor.

“Not him!” a mother would sob, almost halfheartedly, for her wethered boy, the real wailing having happened when the wethering had been done in the first place. Every goat knows a castrated male is condemned to go the way of meat.

“Not me!” the eunuch would beg.

Relieved we’d been passed over, the rest of us would coo “It’ll be alright,” even as we all heard the prayers, watched the blood spurt and dribble, smelled the burning hair, and listened to the mechanized spray of water that preceded the hacking.

For the most part, I was content with my lot in life. I had had the fortune of living all my years on the farm I’d been born on, and by the same providence, I was designated a breeder.

A breeder is the safest position a male can occupy on a farm. Bucks are considered hard to control, even when they can’t smell a doe in heat; but breeders are responsible for siring half the herd—an integral part of the farm’s economy. To prevent the deformities associated with incest, there can only be one or two male breeders on an average-sized farm; whoever that is, is the alpha of the herd.

Every day—any day—any one of us could be picked out for any reason, and we would be. The accents would come, standing just outside the pen, pointing; then the farmhand would come in. We’d part like hair, pushing into the walls of our containment area…

On the totem of status, the breeder falls just under the angora goats, which get fed and brushed all day, and just above the dairies. (A dairy would dispute this fact, I’m sure, but you tell me if you would rather mate or have your udder squeezed raw twice a day, every day.)

Even on my high perch, I remained aware that one day, perhaps when I was nine or 10, I would start to age out of breeding. My kids would begin dying early or start exhibiting abnormalities: Distorted faces with one eye, or three horns, no nose, six legs. Thereafter, a younger buck would be brought in from another farm, and that would be the meat of me.

I hoped, when that happened, a discerning accent would bypass the tender kids for the well-earned flavor of my long and aged loin. When my time came, I intended to go without the requisite theatrics. I would stand still and stoic under the executioner’s knife, content to let the hysterical dirge of the nannies and kids usher me into the afterlife.

But this was not the way it was to be for me.

The season preceding my last one on the farm, I was at the height of my powers. I was six years old, carrying the grain-fed weight of 225 muscular pounds, and my does had produced 50 kids without blemish. There were more than enough bucklings to sell for meat, with some left to chemically castrate for teasing, and there were a preponderance of girls that would be bred when they came of age the following year. But the season passed with less traffic.

The accents came, but not in their numbers. This was initially good news to us. Less traffic in the pen, meant life for us. What we didn’t realize at the time, though, was that life meant death for us.

A different farm would have been able to weather a slight dip in business, but the unexpected loss came at a time when finances were stretched thin. After 42 years in operation, management had made the reasonable decision to replace the fencing and buy some ultrasound machines. They were slowly downsizing the dairy business to focus on the less labor-intensive meat breeding. They invested in tightening the property’s security after a few bucks had vanished, and used the new ultrasound machines to take better care of the pregnant does and build budgets against the number of kids the does would have per season.

These were intelligent measures, but, as anyone on a farm knows, everything is subject to providence.

To cover the shortfall, management started selling some of the babies. Usually, about six weeks after the kids are born, they are separated from their mothers into neighboring pens to be weaned; the cries are almost louder than when the farmhand comes in for a kill. But that spring, instead of moving the kids next door, the hands packed them onto trucks, never to be seen again.  My nannies lowed with bitterness into the night for weeks, and they didn’t forget.

When the next mating season came, the does had seemingly conspired not to reproduce.  I tucked my nose in each nanny’s undercarriage, as usual, but they gave me no heat. They were cold as winter. All of them. Under the circumstances, my own interest was minimal.

In seasons past, my owners had had to force me to eat when it was time to mate, but now I had to be goaded into performing. “You’re not so different from me, are you?” the sterile teaser buck they brought into my pen taunted.

The season passed, the trucks came again, and, this time, the hand’s lasso became my noose. I used the size I had put on that year grazing instead of grunting after does to protest. I dragged my hooves and bucked at the farmhand. I could hear encouragement from the pen and it girded my resolve as I squalled louder and louder.

I felt the rope loosening, and, then, suddenly I was free. I was outside my pen, not to eat or mate, and for the moment I was not under the clear control of any hand but my own. I knew I would be caught, but I didn’t want to be sold to an unknown fate, and I didn’t feel I deserved to be. After all my seasons of reliable service, all the bucks and does I had produced, management owed me a better send-off than this. So I ran.

I was not a young buck anymore, and, again, I had put on weight, but I was moving fast. As I gained a solid distance, I looked back and saw the hands standing, arms akimbo. They were letting me go.

“How did she not bewitch you with the dancing in her golden eyes?/ Dewy and trusting – like when she fell asleep once, under that baobab tree, to the music from an African rainfall?…” Weekend Poem, by Zvezdana Rashkovich