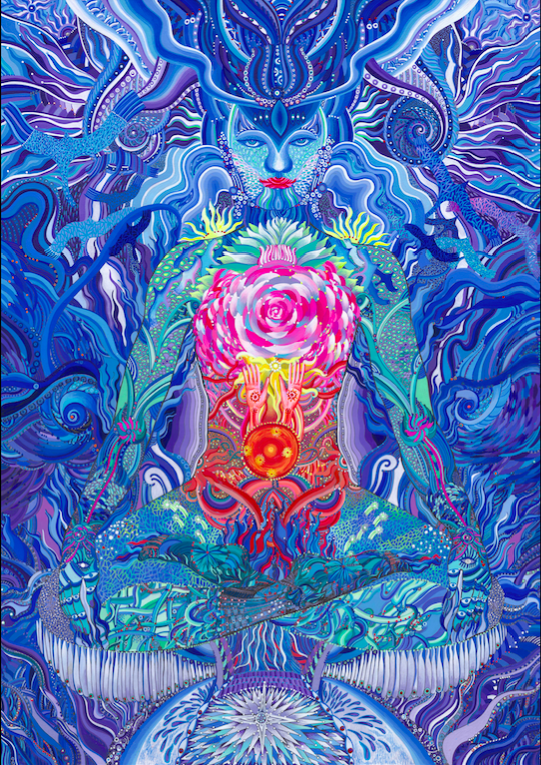 1962. Jofri, a young man from Ghana is on scholarship to study at the (then) renowned Textiles Institute in the small (West) German town of Lauterbach. He and a fellow student, the pretty, young German woman Ursula, meet and fall in love. They marry after their studies, settle in Ghana and have twin girls. The marriage falls apart. Ursula flees back to Germany. Their twin girls live their first eleven years with their father in Ghana and thereafter join their mother in (West) Germany.
After the Prologue, the story moves to 1999. An old, retired, sick and dying Jofri seeks to reconnect with his estranged ex-wife and twin daughters. The younger of the twins, Ania, is travelling to Ghana to grant Jofri this wish. Ursula, (Mutti), and the older twin Nadia, refused to. All three are in Ania’s apartment in Hamburg. Ania is packing for the trip. The atmosphere is tense…

The students, old and new, were assembled in the auditorium, waiting for the School Director. Ursula spotted the three black students immediately. Everyone did. They could not be missed because they kept to themselves and apart from the rest. They could have come from America or Britain or France, but everyone knew they were Africans because they were already aware that a group of African students, sponsored by their various governments, had enrolled in the school under a special program with the West German government to receive training in various aspects of the textiles industry. Several of the German students, who had never set eyes on a black person before, stared at the three Africans in awe. Ursula didn’t stare. She was only four when it happened: the episode with the Black American soldier who stormed their doorsteps in Wiesbaden. Certain incidents in life entrenched themselves in one’s memory, no matter how young one was at the time. Ursula went on to encounter many more Black American soldiers after the war, but this was the first time she had seen Africans; so, while she didn’t stare, she stole glances. Blacks though both black Americans and Africans were, it seemed to her that there was something peculiar in the demeanor of the Africans. The black Americans were second hand Africans. They had been Americanized. The three Africans were the real thing, the raw ones — and who hadn’t heard of all those wild, weird stories about Africa? How did they make it to Germany anyway? Wasn’t Lauterbach too cold for them?

“Beats me,” one genuinely shocked female student remarked to another.

“And look at them!” said her friend, “They look almost the same.”

“Except for that one,” the first observed. “Take a good look at his face,” she quietly urged her friend. “Be careful; don’t let them see you staring.”

The friend did. Her eyes widened. She scowled. “What is that?” she hushed bewildered. “Where did all the scars on his face come from? Someone scratched him badly. Did he get into a fight?”

Ursula spotted the three black students immediately. Everyone did. They could not be missed because they kept to themselves and apart from the rest.

At this point, as if on cue, the auditorium door opened and in he walked — tall, dark and with a face full of enigmas — and he was wearing the biggest and brightest of smiles as if he owned the sun. He strode to the front, ran his eyes through the gathering and, spotting the three fellow Africans, started towards them. It wasn’t only Ursula’s attention he gained. Others were also staring and whispering; but, for Ursula, instant panic gripped her. The sight of him caused great agitation inside her chest. Her heart stopped a fraction of a second and resumed beating again; he walked in a certain manner; somewhat roundish. Her eyes were glued to his back like a magnet as, predictably, he made his way towards the other three to join them. Ursula’s eyes remained transfixed on the tall and good-looking African student number four. Her stare was intense. She didn’t bother to be discreet. It was so focused that her thoughts communicated clear and direct to his mind because of all the faces turned in their direction and the many eyes fixed on them; he instinctively turned his head slightly and, in the midst of the large and amorphous gathering, sought her face. The brief eye contact was deep and fierce. Each left the other affected. It was intense. It was confusing. Still huddled together with the other three African students, Jofri turned his head to where he earlier met the eye of the young and pretty blond student. She didn’t look back in his direction even though in a strange way, Jofri felt convinced she had sensed his eyes on her…….

The four Africans were all in the weaving class, three Ghanaians — Jofri included — and the one Nigerian with the finely incised facial tribal marks misconstrued as scars. Going by their names, one would have thought that the other two Ghanaians besides Jofri were English: William and David. The name of the Nigerian however was long and complex……

The School Director unceremoniously shortened it to Obu; and it was Obu who broached the issue several weeks into the semester, having made a lengthy observation.

“Ah, ah, you Jofri, my brother, why, is it that you are refusing to see or that you cannot see? Are you blind or are you a coward who is afraid of white women? Why are you wasting everybody’s time eh, ah, ah?”

William and David giggled helplessly. Jofri pretended not to have the slightest idea about what Obu was hinting at. That irritated Obu gravely. “Jofri,” he charged, “Do you mean to say you haven’t noticed, eh, ah, ah?”

“It diminishes you,/ Amina, so// To sell your splendour/ In the name of charity…” Weekend poem, by Samuel Reilly.