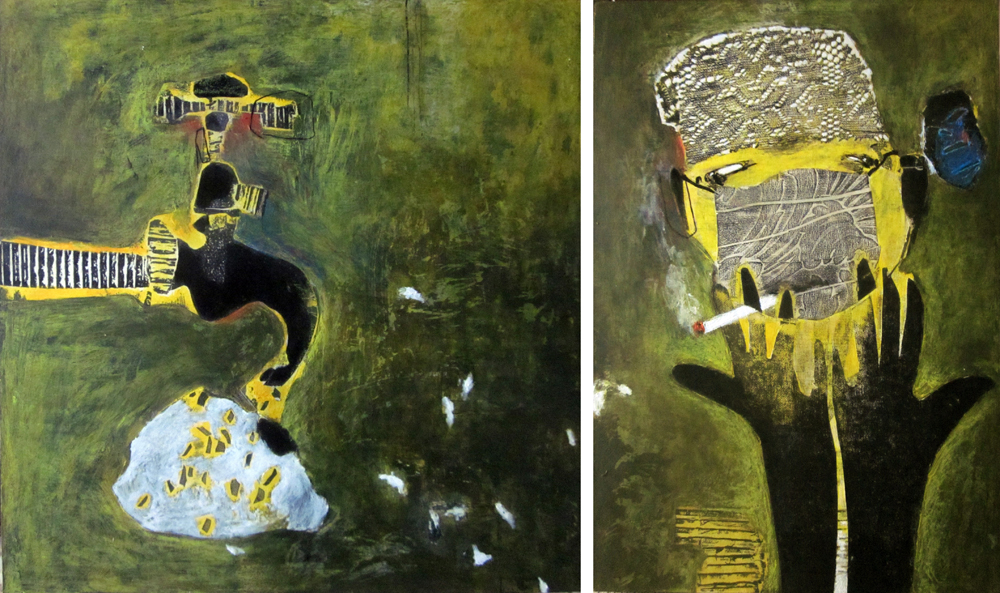 Smash open this city’s bones with your own two
hands—depleted as the autumn-night palash.

this city of over-abundance of wagging tongues
and languages: make them your own, read them apart.

Smash open all the foretellings, retellings
and untellings that this city can boast.

This has nothing to do with how the walls
of these homes have sopped up the blood: blood

Smash open its bronze martyrs on horseback,
its courthouses, police-stations.

In this city that unfolds itself within
the folds of a thousand rupee bill,

a pencil thin girl is learning to redraw the silhouettes
of oceans in the architecture of sweetmeats.

Smash open its tombstones, its abandoned
graveyards, the hollowness of its cicada-shells.

Smash them open. Spit them out. Then, rhyme them back again.

Nandini Dhar is the author of the chapbook ‘Lullabies Are Barbed Wire Nations’ (Two of Cups Press, 2014). Her poems have recently appeared or are forthcoming in Potomac Review, PANK, Los Angeles Review, Whiskey Island, Bitter Oleander, Cream City Review and elsewhere. She is the co-editor of the journal Elsewhere. Nandini hails from Kolkata, India, and divides her time between her hometown and Miami, Florida, where she works as an Assistant Professor of English at Florida International University.

“Frankly, I think the whole politics of fiction thing is flimsy and reflects the fear of stepping outside one’s comfort zone.” Timothy Ogene, The Missing Slate’s Author of the Month, talks to Varda Nisar.

A Look at Shame Culture, and How Even Gods Fall

"Shame culture is rooted in the concepts of pride and honour, where keeping up appearances and maintaining it in the...