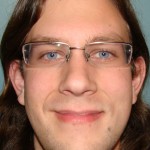 Ever shy as a child I grew up in what seemed to me a rather commonplace existence. Only in the later years of high school did I begin to see how wrong I was. Initially, with more reckless abandon than self confidence and courage, I began to speak out and focus on the hideous inequalities of life on a global scale. While hardly a social activist, I grew into a staunch character that wouldn’t settle for the whining typical of high school teenagers. My yearning to write was sparked largely by my 12th grade  History and Writer’s Craft teacher. Initially within poetry I found solace in the ability to express myself – often cryptically – a welcome alternative to using my actual voice.

Only after high school did I begin showing any trace of self confidence which quickly became mixed with an in-suppressible stoic attitude. Looking to push the borders of conventionality much of my work explores concepts of identity and relationality – what it means to be a being among other beings, what it means to be a ‘being’ at all.  I carry no pretensions of greatness or ‘professionalism’ – most of my musings I aptly call “rants”. These rants are an exploration of various thoughts and ideas with a format specifically guided by how I approach the content. For all of my work, new material is everywhere. With each new experience in my life, a new philosophical element or perspective is quickly adapted and explored.

TMS is the only place I have found that is free and willing to provide feedback, with the single exception of DeviantArt of course. I would not have come across TMS had it not been for Areej, the Poetry Editor here, whom I encountered at the Poetry and Creative Writing Society meetings at our university. She introduced me to TMS and even suggested, if I was willing, to apply for an editorial position. To my surprise and elation, I was rather quickly welcomed into the folds of the community. TMS is promising not only to introduce me to a new group of up and coming writers, but to improve my own skills and expanding personal horizons while reaching out to the world. I hope that by reaching out with these talented writers of all sorts that together we can break the norm and introduce another Renaissance with as much glory and freedom as the first.