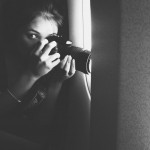 Who knew that something as simple as writing a brief profile of oneself could trigger anxiety? Then again, I always fumble for words when it comes to talking about myself beyond the customary introduction of name, age, and occupation. Perhaps, part of the struggle is because I would very much like to avoid the ‘about me’ section sounding like it was written as a profile for an online dating service. And the other part has to do with figuring out what readers would like to know about you. Well, here goes:

What I lack as a conversationalist, I make up for in writing.

Growing up, I would have frequent debates in my head concerning realistic and fanciful life pursuits. Laugh if you must but I remember that my younger self intended to join the WWE (back then, it was called WWF) as a wrestler. Thankfully, that dream was snuffed out quickly like a flame on a candle. There were a lot of things I wanted to do and some of them were easily labeled as far-fetched. “But do I see myself doing this for a long time?” was the question that would ultimately put an end to those debates. Presently, I’m working towards humanitarian endeavors, which has been a long-time dream. Besides being a bibliophile equipped with a camera and an avid explorer of culture and food, I can tell you that my pursuit in writing has been a constant. Books were friends, and naturally, they became the driving force behind my love for writing. I write because it’s therapeutic and pardon the stark imagery but often at times, it involves having to cut oneself open, and allowing oneself to bleed onto a page. It preserves history, observes the present, and invents the future so there will always be something to write about.

All of us here at The Missing Slate are united by our love for this beautiful art form, daring us to explore social issues within cultures, discover literary wonders, unearth ideas behind books, films and television, and so on. That’s the beauty of working with the team at The Missing Slate; it’s an adventure and it always will be.

And for a third-culture kid, this is as close to home as it gets.