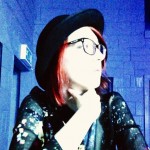 I’ve been with TMS for long enough now to say that I’ve seen the magazine go from strength to strength (if you’ll pardon the cliché) over the course of the past year.  When I first joined the team as an intern back in February 2013, I already knew that I agreed strongly with everything TMS stands for – freedom of speech and expression, the value of international literature and thought generally, the power of art – and this many months down the line, I can promise this is still the case.

Living in the UK, it’s easy to sometimes forget the fear under which some people are forced to live, and the struggles others must deal with on a daily basis.  One of the great advantages of working with TMS comes in having the opportunity to read work blossoming from so many different backgrounds; each poem we receive is a peephole into the life and literature of someone far away – frequently on the other side of the world.  And so we find ourselves in a kaleidoscope of cultures, finally and properly exposed to the consciousness of others.

The variety and scope of the work I’ve encountered since joining the team has been truly impressive, and I’m hoping for more of the same in the months to come.