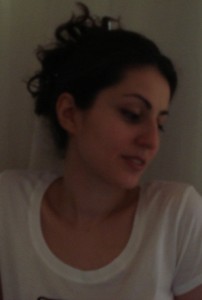 I could talk about how literature and film have meant an amazing lot to me growing up, but I guess that goes without saying, since I’ve grown into an unabashed lit nut and film geek who suffers when unable to write, watch films or do something related to the literary or film mediums due to time constraints or other life… impediments. I couldn’t imagine my future life without literature and film as pivotal parts of it. Yet, somehow, the profession I chose for myself (medicine) has little to do with the artistic and leaves little time for any other pursuits. So, here I am, lounging in a relative pool of contradiction and trying to prove that I have everything under control. Truth be told, most of the time I don’t, but I’ve come to understand that that too, is okay. Because whenever I feel doubt, I manage to get rescued by some amazing flicker of genius that got printed on a piece of celluloid or paper and I say to myself: “ah, this is what it’s about, this is what it’s supposed to be about” and I pick up and start again. And to me, those moments define what art should be, that sparkle, that connection, that touch that lasts through generational changes and wars and eras and language barriers and all the things people build between people. The thing that defies loneliness, darkness, fear, and above all, lack of feeling and desensitization. And I guess, as any proper junkie who got a taste of the good stuff, that’s what I look for whenever I open a book or flick through channels, that’s the kind of films I want to make, and watch, and share with everyone.

As Senior Film Critic, I plan to contaminate as many of The Missing Slate’s readers as I can with this terrible and fascinating interest. I, for one, know I haven’t looked back ever since I discovered the joy of quality cinema, of picking titles not based on box office or the amount of CGI employed but on true proof of talent, craft and love for the medium. I hope for many great things for The Missing Slate in the future, and hope the newly formed Film Team will become as dynamic and versatile as its members are talented and different.