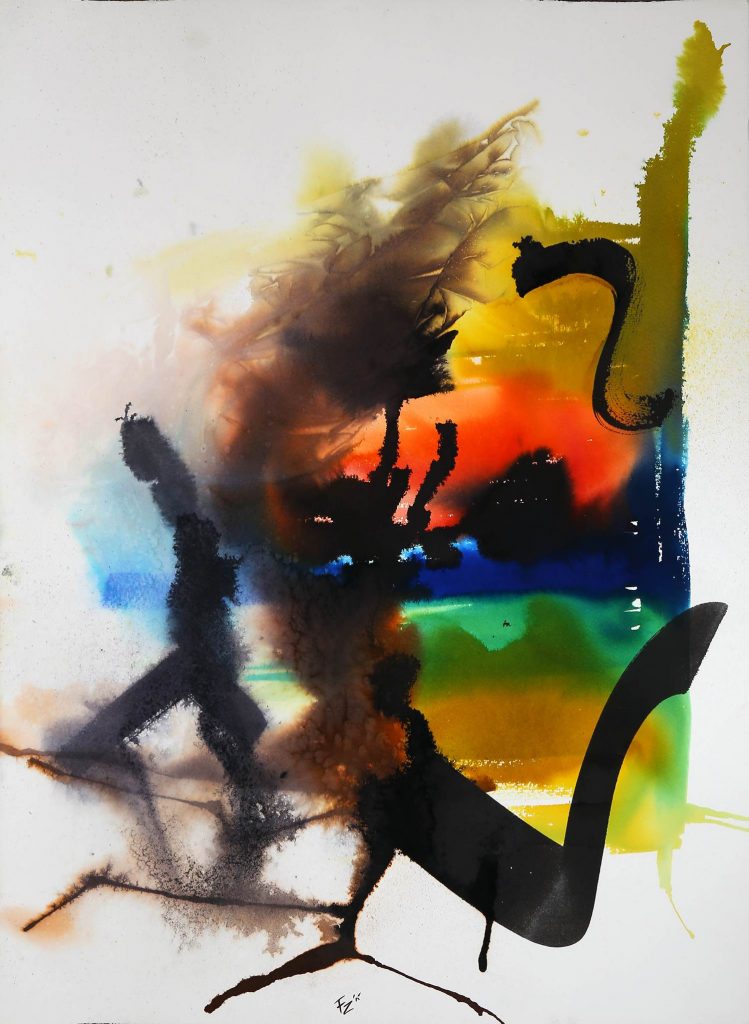 My cousin the Army Captain
didn’t say much,
then one day he wrote to her:

Didn’t I adore you harder
than silence?

Didn’t you know
I kept trying to reach you

but kept appearing on the
other side of wherever I wasn’t.

Didn’t you know
I tore time into pieces

to understand how
I harmed you.

Who can really escape the heart
well enough not to leave a trace.

Didn’t you know
I was afraid to count the music

on your side of midnight,
to count the steps

that would never lead me
to where I could tell you, free me.

Nathalie Handal was raised in Latin America, France and the Arab world, educated in the United States and United Kingdom, and has moved between cities in Asia, the Middle East, Europe, Latin America and the United States most of her life. Her recent books include the flash collection ‘The Republics’, lauded as “one of the most inventive books by one of today’s most diverse writers” and winner of the Virginia Faulkner Award for Excellence in Writing and the Arab American Book Award; the critically acclaimed ‘Poet in Andalucía’; and ‘Love and Strange Horses’, winner of the Gold Medal Independent Publisher Book Award. Handal is a Lannan Foundation Fellow, Centro Andaluz de las Letras Fellow, Fondazione di Venezia Fellow, and winner of the Alejo Zuloaga Order in Literature, among other honors. She is a professor at Columbia University and writes the literary travel column The City and the Writer for Words without Borders.

"As you read this, there is a man called Nico in a town named Puerto Montt carving life into the...