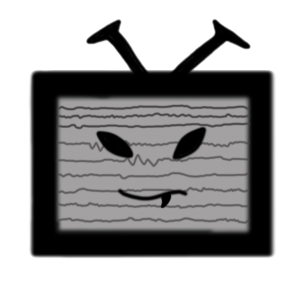 As finale time rounds up, the networks have finally let us peer inside their blackened hearts; their cards have been revealed; the cancellations, the unfortunate pickups, the life-jackets for the cult favorites, the beginnings of the ends and the new shows. Fall Upfronts (when the networks let their advertisers and pretty much everyone else know what their schedules are looking like) are kinda like speed-dating with your TV while nursing a broken heart.

But before we give away our time and hearts for repeat abuse, The Powers That Be give us a reprieve through what I like to call “palette cleansers.”

Summer shows occupy a very distinct space in the television world. Summer shows are when cable networks take greater risks with their programming, now that they’re not competing with broadcast networks for the coveted 18-45 demographic. Shows these networks believe in are nurtured and flaunted. It also serves as a test market for evaluating how well a show does, before pitting it against a broadcast network in a competitive time-slot. Some of the best loved series (both critically acclaimed and adored by fans) in earlier seasons have been summer premiers. Shows such as Breaking Bad, True Blood, Weeds, Mad Men and Pretty Little Liars all debuted in the summer.

Summer TV | Beat the heat with a bowlful of chuckles.

But since this column’s a new addition to The Missing Slate family, let’s start fresh with the summer premiers before digging into the baggage of Fall TV. For now here’s some basic info about upcoming shows, with pilots being reviewed as released. Expect drama this season to be politically charged, it is election year in the US after all, and you can bet the networks are going to use this to their advantage.

Newsroom
First up, is The Devil’s in the Remote’s most anticipated summer show. The West Wing scribe Aaron Sorkin takes on a different kind of politics in The Newsroom. The show follows Will McAvoy (Jeff Daniels) a popular news show host who falls from grace after expressing certain (and very unpopular) views about America and the subsequent scramble by his team to control the damage and the show’s falling ratings. The trailer showcases Sorkin’s signature fast-paced, sharp dialogue pretty well (though not enough fast PACING for my high expectations Sorkin hasn’t undercut…yet). My suggestion is watch Network before delving into this show, the premises are similar, Sorkin’s a big fan but you never know where he ultimately takes this story.

Political Animals
Greg Berlanti’s Political Animals will be premiering on the USA network as a mini-series about Elaine Barrish (Signourey Weaver) who, after failing to win the presidential nomination, is now the Secretary-of-State for her opponent Garcetti (Adrian Pasdar in his first major post-Heroes return to TV). She is divorced from former president Bud Hammond (Ciarán Hinds), who is still in love with her, her son, T.J (Sebastian Stan) supposedly suffers from addiction problems, while his twin Douglas (James Wolk) is her Chief of Staff. Is this what Hillary’s life would’ve been like if she had divorced Bill after the whole Monica debacle? I’m pretty sure we’ll see some nice parallels and “coincidences”. Greg Berlanti, who previously ran Everwood, Eli Stone, Brothers & Sisters and Dirty Sexy Money, has shown he knows how to take history and re-imagine it (the cancelled too soon Jack and Bobby). His past roster of shows also reflects Berlanti’s ability of mixing family drama with politics well. Though no trailer has been released, the premise is certainly interesting.

Perception
Because every summer season needs a procedural (don’t expect me to list them all; it’s a pretty exhaustive one!), TBS’s take on the genre has a “brilliant”, but slightly unhinged genius solving crimes. Ever notice how all the geniuses are male? Perception brings Will McCormack (Will & Grace) onto your TV screens as Dr Daniel Pierce, a neuroscientist recruited by the FBI through his former student Kate Moretti (She’s All That’s Rachel Leigh Cook).The good doctor is schizophrenic, but (cue familiarity) his hallucinations help him achieve clarity in the clues presented to him. How the FBI will have toe the line between allowing the doctor to delve further and further into his alternative reality to help them and his own wellbeing will, I suspect, give the show its moral center. Indeed, the moral implications of Perception should be more interesting than the actual cases presented week to week and I hope the show builds on that.

Dallas
TNT’s other big premiere is the return of Dallas. Make no mistake: the show is not a reboot, but instead a continuation of the original, and will focus mainly around John Ross Ewing III (J.R. and Sue Ellen’s son) and Christopher Ewing (Bobby and Pam’s adopted son). The show will recreate the featured conflict of the original series between the eldest brother (J.R.) and the youngest (Bobby); between greed and the moral high ground. Though I’ve never seen the original, the Southern male ego and conniving ‘belles’ sound like good campy fun, if they manage to get the tone right and embrace the soapiness of the genre. The trailer has promise, mostly because the pilot was penned by David Jacobs (he wrote the original) and directed by Michael M. Ross (Rizzoli & Isles).

Bunheads
Berlanti and Sorkin aren’t the only beloved showrunners making a comeback this season. ABC Family’s summer premiere Bunheads, created by Gilmore Girls’ creator Amy Sherman-Palladino centers around a Las Vegas showgirl’s impulsive decision to marry a man several years her senior and move back home with him to work at her mother-in-law’s dance studio. Yeah.

ABC Family has broadcast some fantastic dramas over the past two seasons, notably Pretty Little Liars and Switched at Birth; the premise of both was very refreshing and I feel like with Bunheads the network is reverting back to older, safer patterns. With Sherman-Palladino at the helm, there may be hidden surprises, so maybe I should keep an open mind but the trailer left me feeling “meh”.

Edited: Based on the first two episodes, we’ll say this: the ABC Family promo department should be shot. The promos and trailers completely belied the strength of the show, carried admirably by Broadway star Sutton Foster and Gilmore Girls‘ Kelly Bishop. Reminiscent of Gilmore, the show is beginning to stand on its own two feet. A detailed review to follow!

Copper
Copper marks the first time BBC America is premiering an original , which ought to be exciting. The show centers around an Irish immigrant cop in 1860s’ New York (hey the 60s are big no matter what century they’re form), struggling to maintain peace in a troubled neighbourhood, while investigating the circumstances surrounding his wife’s disappearance and his daughter’s death. The trailer gives very little away, so I can’t really say much about it. It is BBC America’s first foray into original shows so it should be interesting to see how well this show performs (especially if it means more original programming).

Continuum
For our sci-fi fix this summer, we have an intriguing time-jump drama from ShowCase (it’s Canadian!). In the year 2077, corporations govern the world and there are those who would like democracy to return. But when the revolution’s founder and its members are captured, they are sentenced to the first execution in years, they plan an escape by time-jumping all the way back to 2012. Collateral damage includes Agent Keira (who is also transported with them accidentally), who then teams up with the Vancouver PD and a young tech genius, Alec Sadler to stop these terrorists from putting the past in danger.

I’ve seen the pilot and I’m impressed with the way the story has been set-up, a glimpse of the over-arching mythology, lots of action, good balance of humour and drama and future technology have all come into play. Hope the creators have the vision to follow through.

The summer will bring in a wave of already established shows that we’ll try reviewing in this humble attempt to the shows that pique our interests most, or, in other words the show we’ll pimp out or flame out trying. White Collar, Royal Pains, Rizzoli & Isles, Pretty Little Liars, Suits, Haven, Alphas, Burn Notice, Psych, along with honourable Brit mentions Silk and The Hour round up our coverage of summer TV shows though not every show may be covered exhaustively (we’re looking at you, Burn Notice, Psych and Haven).

The devil really is in the remote.

Comments or other bits of conversation? Put ‘em in the comments!

“at the turning of the year// in sight of 70, anticipating retreat/ I know the Kingdom’s door will swing//to receive me soon some new year morning…”
Poem of the Week (January 18), by John Robert Lee.

In which poetry is the new weed, the Twitterati boast about having read a book, and a lion who may...