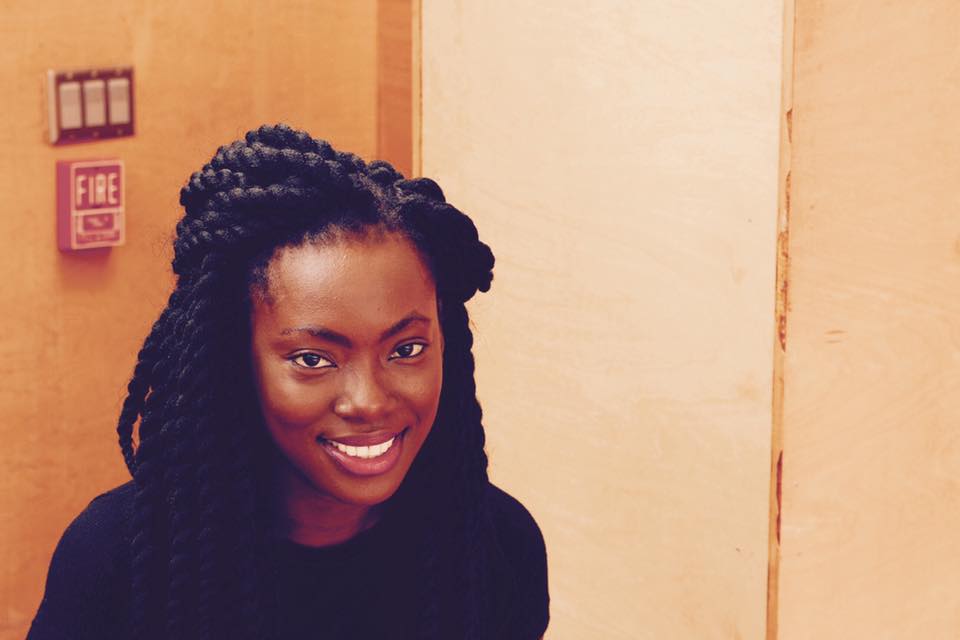 At the beginning of 2017, Chimamanda Ngozi Adichie kindly agreed to step in as guest editor of our Story of the Week series. Among the writers she recommended for inclusion was Ama Asantewa Diaka, quickly emerging as one of Ghana’s most inspirational creative forces. In addition to her writing, Ama Asantewa Diaka is a designer, a spoken word artist, and the co-founder of Love Rocks, an NGO which encourages young people to “incite change” in the world. She is also a proud feminist, and her short story ‘Drip’ was (in part, at least) a hymn of praise to female sexuality. In conversation with Jacob Silkstone, Ama Asantewa Diaka talks about learning to love and accept your self, the brave new generation of writers emerging across Africa, and how we can begin to overcome our lack of empathy.

‘Drip’ sent me back to one of your spoken word poems, ‘Love Yourself’. “You are to be all the colours of the rainbow at the same damn time/ Everything you do is an open invitation for condemnation…/ Love yourself anyway.” ‘Drip’ addresses some of the same issues — would you say that embracing your sexuality is part of that wider project of learning to love yourself anyway, in spite of all the obstacles society places in your way?

The self is a full spectrum: it includes the physical body and the acceptance of it, the psychological needs of the individual, as well as sexuality. Not just embracing the entirety of the self but wholeheartedly allowing it to thrive in spaces where its very existence, let alone thriving, is taboo. So yes, loving yourself is a long arm that reaches for and embraces sexuality in spite of society’s definition of how, when and what you should be.

Can writing also be a form of learning to love yourself?

Writing isn’t so much learning to love yourself as it is documenting the process. Because as a person, I am constantly shifting, changing, growing and creating new spaces for myself. But it is important to have an archive of the self. So writing is like documenting how torturous the road to loving oneself can be, and finding  happiness and joy in it. We write so we do not have memory alone to rely on, so that we do not forget — who we are, where we have come from and all the things that we can be.

You’ve said that “Despite the role women play in the growth of art, art in Ghana is still widely male dominated,” but you’re “excited about our generation… a bunch of us who are unrelenting in our quest to create what we want with what we have.” Which other writers or artists are you particularly excited about?

I had the privilege of being introduced to the work of Ladan Osman, Titilope Sonuga and Wana Udobang late last year, and months later, their work is still imprinted on my memory. I’m inspired by how KEYZUZ, a Ghana-based producer and DJ is obsessed with deconstructing and recreating sound,  and by Lois Arde-Acquah’s impressive fabric art installations. I’d also recommend Pamela Naaki Tetteh, Munachim Amah, Ifeoluwa Nihinlola, and Abimbola Ige.

We write so we do not have memory alone to rely on, so that we do not forget — who we are, where we have come from and all the things that we can be.

Aside from your writing, you’re the co-founder of an NGO (Love Rocks) which encourages young people to “incite change and make a difference.” What one change in the world would you most like to incite?

I’d like to change the lack of empathy in the world. I wish we would all realize that our similarities far outweigh our differences and practice being kinder to one another.

Why do you think that lack of empathy exists? What makes people so quick to focus on differences rather than similarities?

Lack of empathy exists because of different reasons for different people. It could be because of personal experiences and fear of being exploited. I also think people are scared of rejection. There’s that existing fear that makes people put up walls without cause and become too guarded — guarded to the point of intolerance.

The first step towards changing our lack of empathy is recognizing that we’re more alike than we are different. The world is a big playground that we all belong to.

Your work was selected for The Missing Slate by Chimamanda Ngozi Adichie. Would you cite her writing as an influence? If so, what have you learnt from her?

Chimamanda‘s writing is a heavy influence. Her stories are raw and tender and unapologetic about being so. Yet there is a steel beneath the softness, something that says “I’m here to tell the truth, whether you like it or not.” And that has been a template for me to continue to be unapologetic with my stories.

“We returned hungry. We wanted to bathe, wanted to drink rum. We wanted to write or smoke on the balcony. The horizon appeared to expand as the sun went down…” By Claudio Iglesias & Jessica Sequeira.

"I am thirty three. I am a bachelor and unemployed. The youngsters of our yard look at me silently." Story...