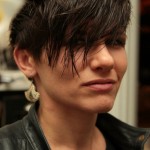 Our efforts as writers sometimes feels like adding a drop of water to an ocean. One so deep and vast that it seems like all the words that must be said have already been said. The idea of throwing oneself into the waves is an intimidating prospect for any writer, myself included. I suspect we all feel the weight of self-doubt when we look out over their surface: what if I drown and no one hears my words? Or worse, what if I can’t even break through the diaphanous surface of so many other people’s ideas?

Turns out, we writers are all looking at the same ocean from every shore all over the world. The Missing Slate has brought some of these writers together in a meeting of minds. And perhaps, through these meetings, a single drop will become a full bucket and eventually a waterfall. But a cascade needs a pile of rocks, a cliff face, or even a mountain, to flow over in order to make its dramatic entrance. The editors of this journal seemed to me to be a sturdy mountain that gives a surge of writers, regardless of country, a pivotal edge for taking that leap. Their mission to give voice to the critics, artists, writers and cultural commentators from parts of the world rarely read or heard plucked my heart strings in a familiar way that sounded very much like my own personal philosophy. So, I asked Maryam if instead of being one of the drops in the ocean, I might be one of the rocks on the mountain.

I have never personally identified with one country, although I’ve been told I have a “determined American nose”. Rather, I identify with strong character, the ability to be kind in the face of cruelty, and a willing imagination. In fact, of all the countries I’ve lived in, the imagination is my land of choice. I hope to wander there in the company of TMS writers and learn a thing or two during my stay.

Constance Dunn is the Managing Editor for Narrative Nonfiction and Essays. Contact Constance if you are a translator seeking wider readership; a journalist or memoirist pitching material directly; or a publisher of essays, memoir or journalism, seeking reviews.