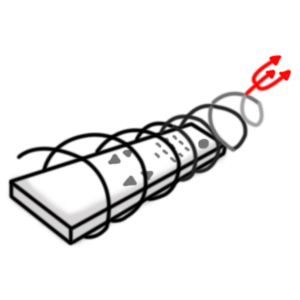 In its prime (MP: and back when ratings still pulled in the high double digits…) Dallas was the highest rated show on CBS; nearly 90 million viewers tuned in to see “Who shot J.R.?”. But that was two decades ago. I have no idea what TNT was thinking bringing it back; for starters, it isn’t on a broadcast network. The competition (even for the summer) has increased tenfold and summer premiers just don’t pull the same numbers as shows debuting in the fall. Then again, maybe I’m just being a buzz kill; Dallas pulled in 6.68 million viewers — fabulous numbers for a cable network, even surpassing a few scripted NBC shows (MP: you say that like it’s news, S! Pfft!).

Since the Ewings were last seen on TV, a lot’s changed. Bobby is now in charge of his mother’s estate, running it exactly as she would have (MP: Mama’s boy? Ugh). J.R. is in a medical facility being treated for depression so far gone that he barely seems to register his brother’s visits. Their children have grown up and are forging ahead in their own lives. But the more things change, the more they stay the same. Bobby’s got a HR problem, his nephew J.R Jr (MP: what is it with the soaps and their Jrs? There’s a fucking Jr in every.single.soap!) is drilling on his grandma’s ranch and not a single ranchhand has manged to report this to Bobby (MP: oooh, fishy?). On the other hand he is dying from cancer, so maybe we can cut him a little slack for being preoccupied (MP: Oh).

Chris the adopted Ewing is a bleeding heart clean energy activist, trying to harvest solid methane from the seabed; accidentally killing millions by causing earthquakes and not ironically driving a (most definitely not green-fueled) sportscar [pictured below]. 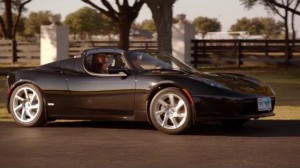 Bit of an enigma really

When the brothers learn about the drilling, the drama finally begins. Bobby decides to sell off the ranch to finance Chris’s methane habit (though if you think about it, cows are the largest producers of methane in the world, so a bit short-sighted for me) while J.R and Junior begin conspiring (MP: and that’s another thing common to soaps: everyone conspires…) to have someone front the land purchase for them.

Nothing is as what it seems here; no, not even the romantic entanglements. The scheming is convoluted, no one person is playing a single con and this sets up the show nicely, where trust is hard to come by and confrontations will be the pull for viewers. As long as the show-runners don’t dangle a con for too long, make the scheming comically impossible, or writer characters who’re too stupid to catch on, TNT may just be onto something here.

The veterans slip easily back into their career-defining roles adroitly avoiding falling into caricaures (no obnoxious saints or cartoonish devils). It’s the younger cast that will have to prove their mettle and break out of their nondescript good looks to carry the show. Dallas isn’t going to take itself seriously, which is good fare for summer television and a soap, but if it’s the original cast which demands all the attention in the next few episodes, I’d rather watch the original show than watch them play out the same stories again.

Maryam (TMS Editor-in-Chief) shares the columnist’s channel surfing tendencies but not her dedication to write anything longer than 140 characters. The Robin to Shazia’s Batman, MP always appears in italics.

Our disappointed film critic Jay Sizemore gathers his thoughts on one of the worst attempts at a franchise revamp he has ever seen.

Will Continuum make it as summer sci-fi? TDitR weighs in…