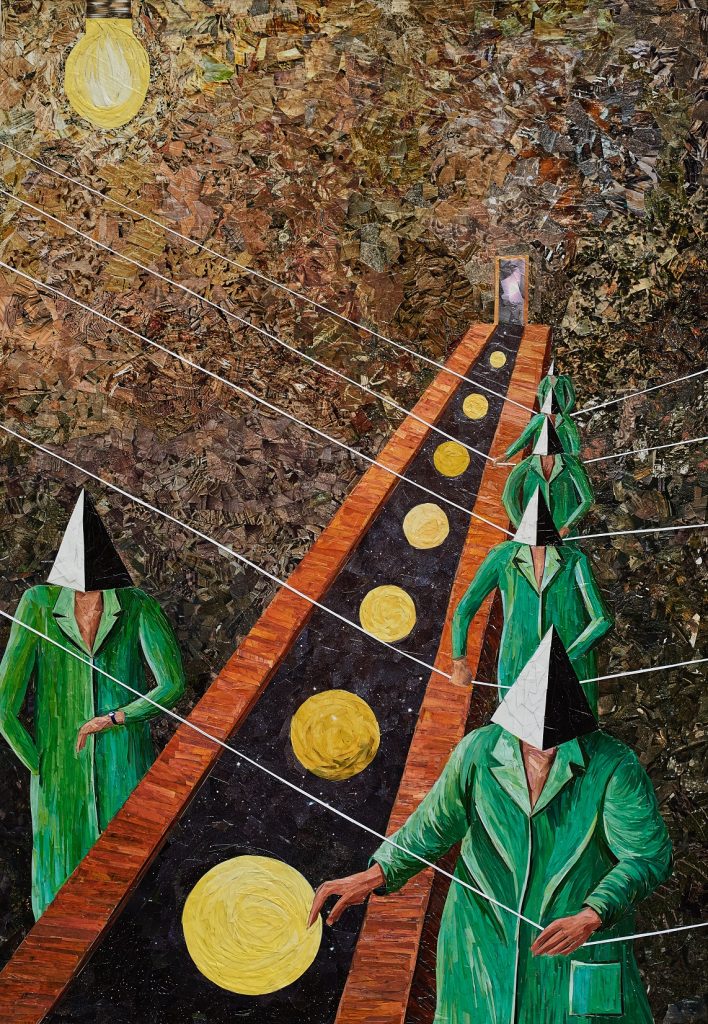 Life factory, by Albin Talik. Image courtesy of the artist

For most of kindergarten, Brad Mitchell whispered
Joanie Loves Cha-Chi and pulled his eyes back at me,
while his friends snickered. I was the only Asian girl in school,
and my name was Joan, not Becky or Chelsea
like the prettiest girls in class, the ones that smiled so freely.
My name was American, but not American enough.

That entire year, I thought Joanie Loves Cha-Chi was a racial slur.
My immigrant mother had never seen Happy Days.
Her kimchi and myeolchi-muchim was banished
to a garage refrigerator while our gigantic gallons of milk
and my father’s cheddar cheese and oreos filled the kitchen.
She waved away my tears and told me to just ignore them.
I was not American enough to get the joke.

The next year, I saw Happy Days on t.v. and felt so ashamed.
Brad’s chant buzzed in my hot and throbbing ears.
Hooked right away, I fell in love with the Fonz.
I didn’t know then, but it was because he could say
“heyyyyyyy” in an accent that I couldn’t quite place.

Joan Glass holds a B.A. and M.A. from Smith College. She is the child of a Korean immigrant mother and an Irish/Polish American father. Her poems have been published in TRIVIA: Voices of Feminism, Literary Mama, Decades Review, Up the River, Bone Parade, Easy Street, and Right Hand Pointing, among others. Her poem ‘Bathing Scene’ was featured on the Saturday Poetry Series: Poetry as it Ought to Be. Joan lives near New Haven, Connecticut.

"Immortality is perfection. Perfection is possible only for those without consciousness or with infinite consciousness." By Mehreen Fatima Ashfaq, from...