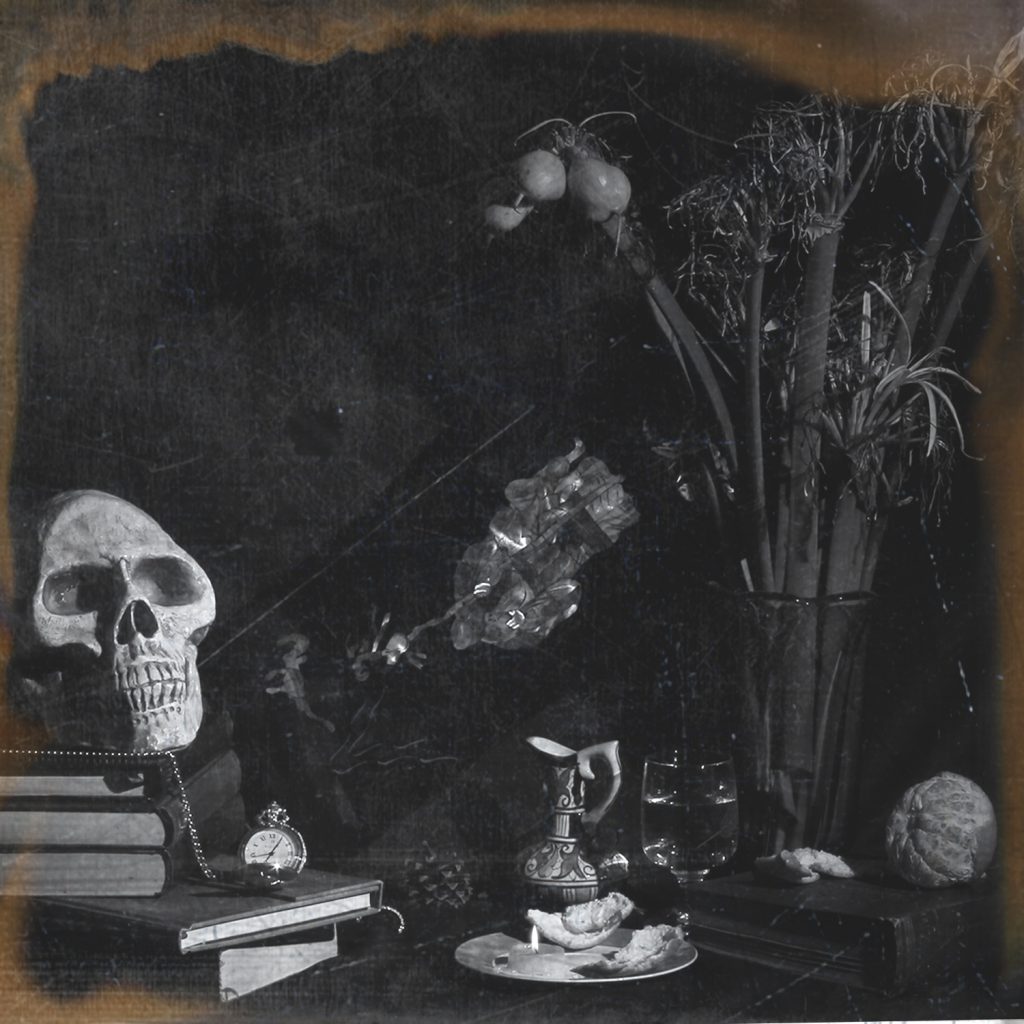 Vanitas, by Saadia Shaikh. Image courtesy of the artist

A thing must have hands
[to mourn]
what it cannot touch
//
Define in, I say when anyone asks
if I’ve ever been in a war. I smoked
pot with a boy who refused to
marry me. I slept through the
airport bombing. When the
window facing the street shattered,
I kept a piece in my mother’s glove
compartment.
//
Sometimes I’ll make myself thin
[enough]
to slip through walls
//
But if you don’t name the tree
My grandmother’s couch milks itself into the carpet
how can you love it
//
Palestine, a name that means
//
The worst ghosts are the ones that don’t come back.
//
The officer at JFK scans me. My body, ghost-white, flickering on his screen.
Pretty boy. Blue eyes.
Takes my fingerprint and winks.
Cheer up. You’re home.
~ Hala Alyan

Hala Alyan is an award-winning Palestinian American poet and clinical psychologist whose work has appeared in numerous journals including The Missouri Review, Prairie Schooner and Colorado Review. She resides in Manhattan.

Poet of the Month: Lauren Camp

"With writing, I have so much engagement inside of me: the breath and music of the words as they fill...