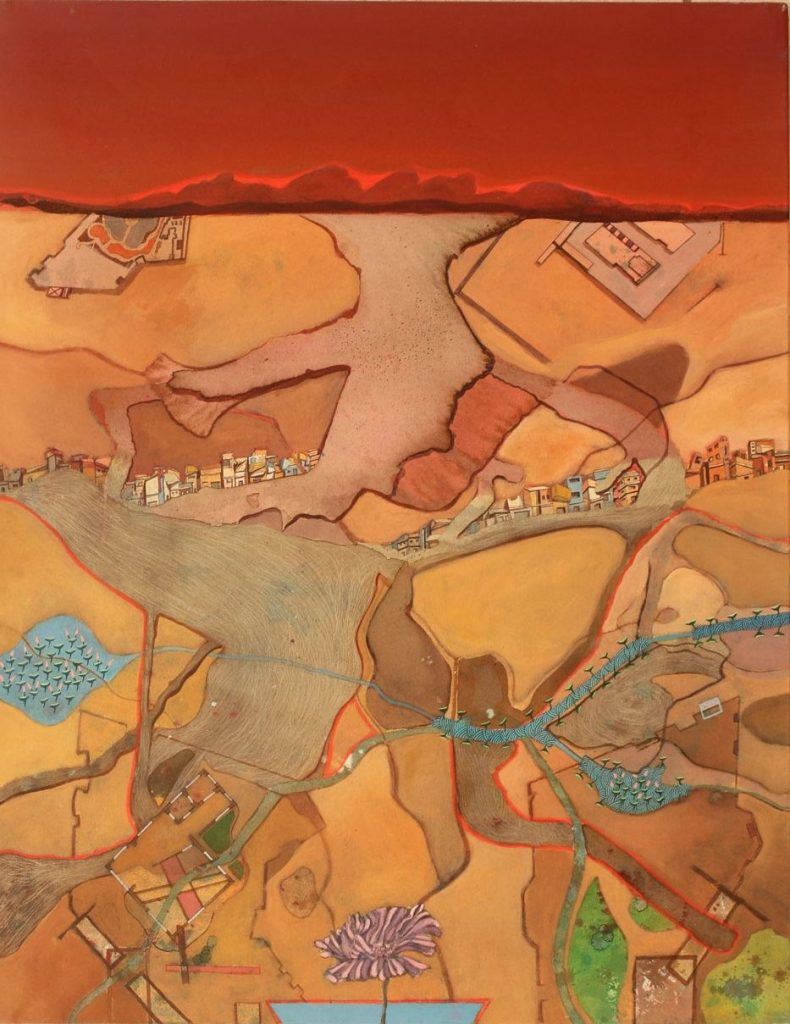 My beloved brought me a basket of Hachiya persimmons, orange-red and glowing.
I’d never seen anything like it before: they were nothing like the Fuyu persimmons

my mother carried home in crates from the Korean market. Those had sat short
and squat like heirloom tomatoes burning bright on our kitchen countertop, against

my mother’s powdered skin, the snow of January. When sliced, a dark vermillion
emerged and we swallowed flame after flame, our throats ablaze. Trái hồng,

as she called them, are anything but hồng: anything but pink like the inside of my mother’s
mouth, her stroke of blush. I didn’t understand how the name could apply to the fruit

smoldering in front of me, couldn’t even pronounce it then: call it what it wasn’t.
The ones my beloved bore were thinner and elongated, reminiscent of large acorns,

and I imagined him scrounging on hands and knees to pick each fallen acorn
from beneath the neighbor’s tree. In its shade, we bit into the Hachiyas too early,

when they were still hard in our hands, and almost choked as we tried to swallow
cotton, the moisture in our mouths vanished. My mother called the Fuyus of my childhood

hồng cứng: hard pinks and these Hachiya persimmons hồng mềm: soft pinks
because they were not fully ripe unless they sagged like jelly in our hands, threatening

to burst from a mosquito bite or the nick of a nail. So I waited a week, placed the soft
pink on my windowsill and watched as its insides started to pull away from its skin, finally

cutting into it with a spoon, bringing its jellied center to my lips where I could have mistaken
the soft pink in my mouth as rotten, my tongue turning to velvet.

Susan Nguyen hails from Virginia but currently lives in the desert where she is at work on her MFA in poetry at Arizona State University. Her previous work has appeared in PANK, diode, Boxcar Poetry Review, and elsewhere.

“where do I put her?/ this girl pressed against the border/ this girl swallowing her papers whole…”
A poem against borders, by Sarah Lubala.

"I feel I might collapse at any minute. I need to release this mounting pressure somehow..." Elizabeth Lee Reynolds explores...