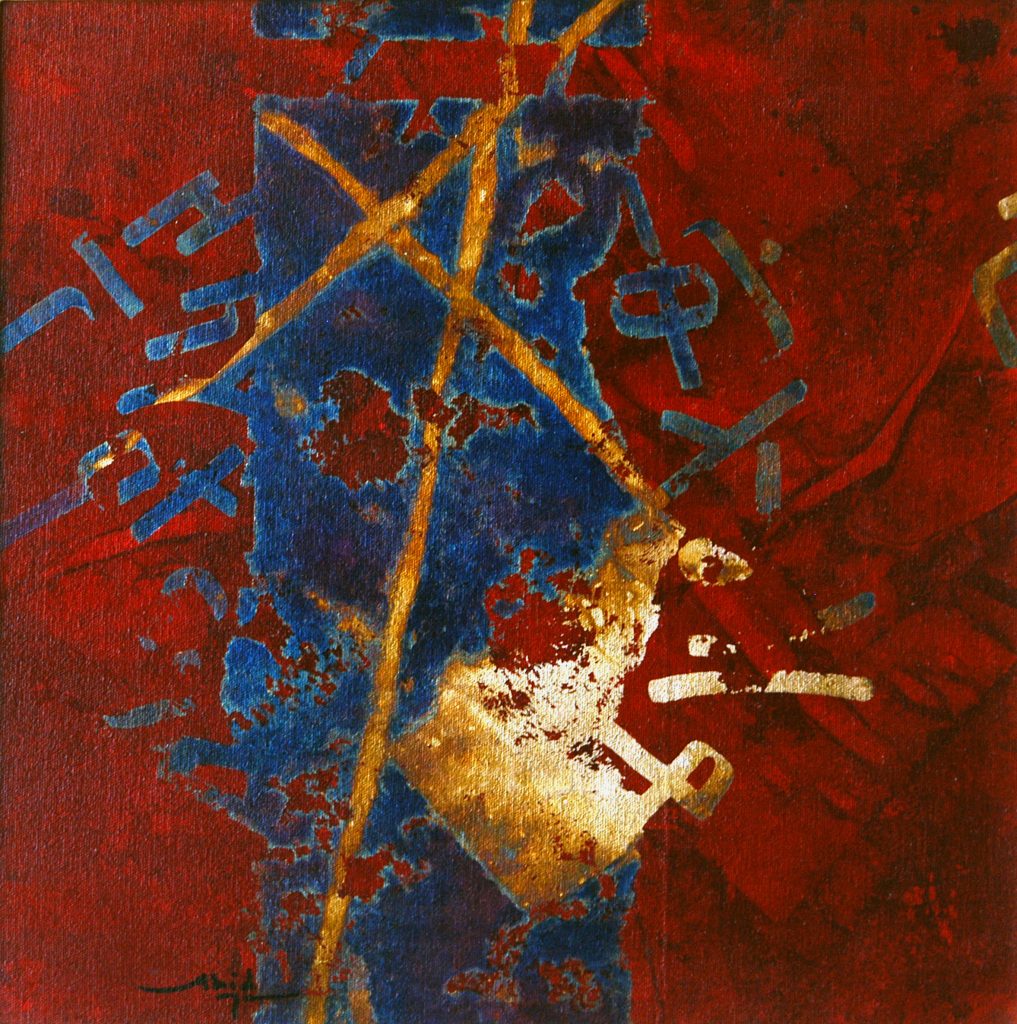 I, a clairvoyant soothsayer who has three sparrows, a
riverstone, a copper pellet and seawater in his pockets, remember the dream clearly:
The old man, a Soviet coal miner, returning
home after a long, hard day. The smell of burnt whale
oil on him – heating that they used in winter – the Elk
blood on his fur coat, sweaty, stained with raw
meat juice, and unwashed for so many days that it itched.
And the coal.
The coal in his eyes, in his ears, on his lips, in tears
that cleansed his corneas, in fingernails. The coal.
The coal. The coal. Even in spit. In ear-wax. In arteries. Alveoli.
His face, sallow – cheekbones rising like
the ribs of the leviathan in low tide. Outside: The dangling brazier
in the cold wind. The Robin, who was on her
last reserves of fat, perching at the tip
of a branch covered with crystals of hoar frost. And
the dented skull of a Tatarian horse beside the Willow Tree.
But then, when I reflect upon the dream, I realise I always
dream about things I have been reading or experiencing
first-hand. Because I had another dream last night, one
in which Satan had nailed me to an inverted cross
and brought a chalice of his blood to my lips. But I refused
to drink because I sang verses to God: I had been
reading Paradise Lost. So, when I delve into the other
dream, about the Soviet coal miner, I realise the coal miner
symbolised Father. He is Russian because I am
humbled by the stereotype of the Russian, lateen nosed,
stoic, hard beds, pillows of stone. Forgive me, I have got the dream all wrong.
Now, I swear I remember the dream clearly:
Father walks into the drawing room, the disease of ageing
has rooted so irreparably deep into his soul that
he looks like Stakhanov returning home after
he discovers that all the coal beneath the taiga
has been mined, and that winter feels cold, that the Earth is flat, and
that there is no firewood in the house.
But why the other dream about Paradise Lost? Prayer to God, perhaps.
The Robin flies off, and the branch vibrates like a
tuning fork with a soft sound that resounds with the turn of Earth.
Stakhanov, knowing nothing else, continues to gather the cheap peat
of his days (while chewing into the tired bitumen and
haddi of his past, and chewing harder still) like a tongueless coffee picker, like
that lady who works hardest at the grocer’s (because she is ugly, and
that is precisely why the grocer hired her).
Father has a degenerative L5-L6 slip disc, perhaps that is why the coal miner.
But why the Tatarian horse? Because my brother always dreamed
of conquering the East as a child, and then he grew up, as we all do, and
began to eat horse tongue because horses remind us of too much, especially of the ligament of ambition.
Tonight, I am certain I shall dream that the coal miner hunted and buried all the Robins and
Arctic Terns of the taiga and waited for their fossils to metamorphosise into coal.

Somendra Singh Kharola is a graduate student studying evolutionary biology at the Indian Institute of Science Education and Research, Pune, India. His work has appeared in The Hindu, Muse India, Reading Hour, Current Science, The Four Quarters Magazine and other periodicals and literary journals.

Poet of the Month: Simon Perchik

"The subconscious is a gold mine, all you need is a pen in your hand." Simon Perchik, The Missing Slate's...