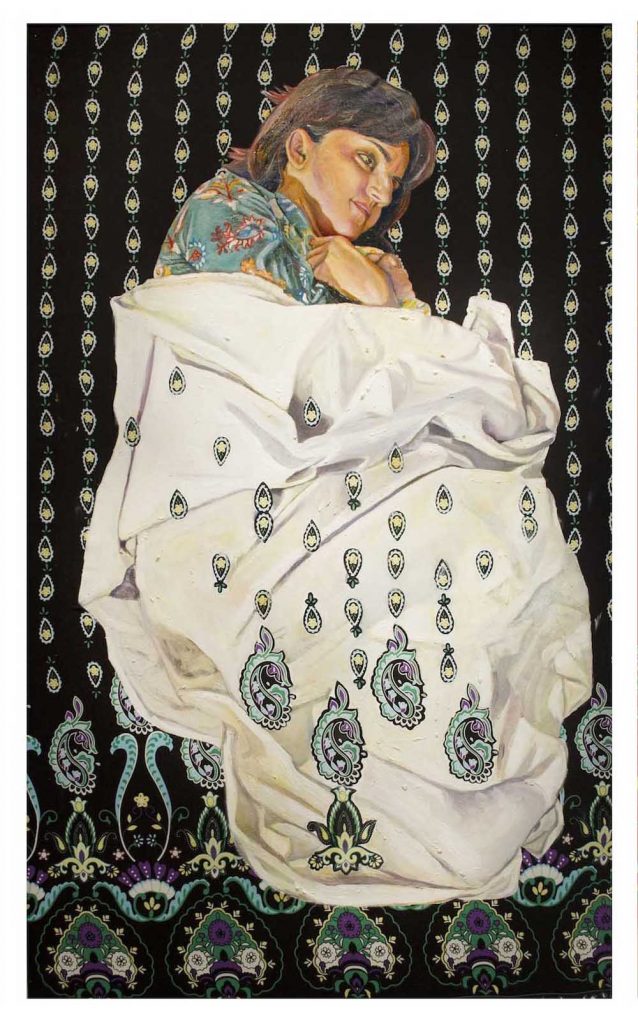 Death of an artist II, by Sausan Saulat. Image courtesy of ArtChowk Gallery

Alice Rahon (1904-1987) was a French poet, artist and member of the Surrealist movement in Paris in the 1930s who emigrated to Mexico in 1939. Friend of André Breton and Frida Kahlo, and lover of Picasso, her poetry was published by Éditions Surrealists.

Anna Kisby is a poet based in Devon, UK. Her poems are widely published in UK magazines and anthologies. She won the BBC Radio Proms Poetry competition 2016, Havant Poetry Competition 2016 and she was commended in Faber’s New Poets Scheme 2015-16.

“And the crushing of these hopes and dreams is what Sabyn Javeri leverages with incredible skill.” Casey Harding reviews ‘Nobody Killed Her’, by Sabyn Javeri.