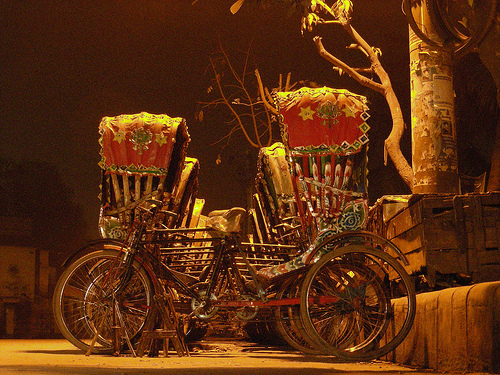 I’m not crazy, you know, even if they’ve sent me to you for an assessment! My husband wants me committed to a Rest-and-Reprogramming facility “for self-protection”. For his own protection, Jai means…

The consequences of marrying a much younger man crystallised with my daughter’s arrival; Jai didn’t want to be a grown-up, let alone a father.

Asian cultural conventions still favour women marrying ‘mature’ men. But I’d realized men never grow up anyway, so their age at marriage is irrelevant. I chose Jai because I’d made more money from my robotics patents than I’d ever spend, and I yearned for a family, for motherhood. Was that so strange?

My male range-mates were all married. Most had multi-stage families by then – their wives continuously getting younger, until some had daughters the same age as their latest marital trophy.

Little was said beyond the inevitable eye-rolling that accompanied the “men will be boys”-type comments. Yet Jai was considered my aberrant consolation prize, the rich female singleton’s ‘joy-boy’. Dowry violence and female foeticide are fragments of past shame, but some attitudes linger on.

Once I held Maya, I didn’t care. I’d used frozen eggs, but carried her internally instead of seeding a bio-capsule for ‘risk-free reproduction’. Why do it, if you feel nothing?

My problem was I felt too much. Maya was premature, and after surreptitious advice that the colostrum would help, I went ahead. But when I continued breast-feeding, Jai claimed I was reverting to a primitive state.

My marriage flushed itself quietly but relentlessly down the toilet, Jai complaining of spousal neglect. That’s what do-bots were for, he argued, to free humans from menial work. Yet I actually found childcare enjoyable…

As for the role of do-bots, is there anything humans have left to do, or need each other for, any more? Artificial Intelligents undertake every conceivable task. Even the sex industry’s pathetic creation, the inflatable rubber woman, was re-launched as a humanoid robot – designed for a more ‘authentic-seeming’ experience. Who needs a real woman to fake an orgasm for you, when you can have one of the S-X series (appearance modelled to your specifications) to do the very same thing? Its plastithene “flesh” simulates intimate contact, GlobeNet wits labelling it the ‘S-X4U series’.

So I knew what was coming when Jai brought his sex-bot home, ostensibly to help me with childcare.He called her ‘Pammie’, modelled on some ancient TV show about lifeguards.

Pammie handled Maya well enough; she was programmed with over a trillion stories, songs and games for a child’s entertainment. And she handled Jai even better!

All of which served to emphasise my redundancy. Especially after I made Jai co-chip-holder to my assets in a serious moment of oversight failure. Perhaps motherhood had done something strange to my mind, after all.

Nevertheless, I’m not insane. Or suffering neo-natal depression because of the “backward” birthing system I chose. The vertical learning curve aside, I’d never been happier than I was experiencing the sudden raptures and hormonal firestorms of new motherhood.

Unlike Jai. So he decided to get rid of me. We all know no-one comes out of those reprogramming facilities intact.

Sadly, technological progress notwithstanding, human cupidity remains constant. And Meditechs aren’t immune to ‘persuasion’ either; not on the scale of my patent income. Now they’re expecting you to provide a laser-scan of my supposedly addled brain that’ll send me straight to where they’ve decided I belong.

Anyway, I know you’re not really listening, but you’re my last hope. After all, if an Alphatek-series machine can’t be objective when it’s doing a scan, who can?

Farah Ghuznavi’s short fiction features in the anthologies “Woman’s Work: Short Stories” (USA), “The Rainbow Feast” (Singapore), “Journeys” (UK), “Curbside Splendor” 1 and 2 (USA), “What the Ink?” and “From the Delta” (Bangladesh), and one of her stories was first runner-up in the Oxford University short story competition held during the Gender Equality Festival 2010. Farah is a columnist for The Star Magazine, the largest-circulation English language publication in Bangladesh. She has most recently edited and contributed to the anthology “Lifelines” – a collection of new writing from Bangladesh – for the Indian publisher Zubaan Books.

“Take her by the hand,/ by the hair,/…lead her/ to the sea/ …the pinhead/ where, if she’s to dance,/ she’ll enjoy horizons.” By Vahni Capildeo, part of our Caribbean writers feature.