“Freedom is what you do with what’s been done to you.” – Jean-Paul Sartre 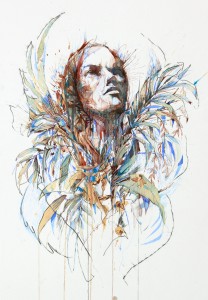 There are few words in any language that have as many intonations as ‘freedom’. This is perhaps the only word that is taken seriously in equal measure in both an individual and collective capacity, which predictably, also makes it the most problematic word in any given language. The dictionary definition of ‘freedom’ reads: “the power or right to act, speak, or think as one wants without hindrance of restraint / Absence of subjection to foreign domination or despotic government”. It does not take much effort to recognize that this concept is utopian and beyond the scope of most mortals. That said, what demands further inspection is whether it remains an ideal worth aspiring to.

Over the years our understanding of the word has altered perceptibly. We have mentally moved from the collective to the individual, from the idea of ‘free people’ to the idea of ‘personal freedoms’. Yet we remain trapped by the need to ensure freedoms for a collective. Historically ‘freedom’ has been qualified, classified and dispersed as seen fit by varied religions, monarchs, governments and / or tyrants. Though this continues to be the case, humanity has cultivated a document laying out the essential freedoms available to each individual that ought to be safeguarded by a State. The Universal Declaration of Human Rights[i] (UDHR) was adopted in 1948 and, ever since, has propelled an ideal that the 1968 International Conference on Human Rights in Tehran referred to as “a common understanding of the peoples of the world concerning the inalienable and inviolable rights of all members of the human family… and constitutes an obligation for the members of the international community.”  Twenty years ago, over 150 countries reaffirmed their commitment to the UDHR at the World Conference on Human Rights in Vienna.

“…They have served well. / Even though knuckles are pummeled, nails ridged/ like limpet shells. These hands have never/ been used to beg…” Poem of the Week (October 6), by Kishwar Naheed, in an English version by Vicki Husband.

In this extract from Kamila Shamsie's fifth novel, a man in Afghanistan has to find a way into America without...