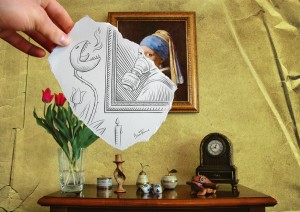 Oscar Wilde famously compared art to a flower; or rather, he compared the “uselessness” of art to that of a flower. According to him, the flower’s only purpose is hedonistic; other than that, any use of the flower, commercial or otherwise, is both incidental and a mistake. He advocated the preservation of the sanctity of art, while disapproving of the adulteration that would come from seeking any purpose in it. In his assertion about art as a solely aesthetic pursuit, Wilde’s views represent the “art for art’s sake” school of thought. The proponents of the other side of the argument claim that, apart from aesthetic gratification, the purpose of art exists within a broader social and political context. This reasoning that fuses art, especially literature, with its sociopolitical context would seem rational even to the most impassioned admirer of Wilde.

In an enduring piece of literature, social and political relevance is imperative. In fact, what separates good literature from the rest is its universal relevance and applicability. There is a reason why Orwell, Swift and Thoreau are still as widely read and identified with as they were in their own time. These writings, overtly political by creation, have endured and survived not merely on the basis of aesthetics, but because their inherent messages are still politically relevant. The discussion of the politics within a work of art does not void its true purpose (if there can be such a thing) or take away from its essence–rather, it lends complexity and depth to the form.

Yet, writers whose works contain heavy political overtones are often censured for pandering or selling out. The inclusion of political themes or content in the work of a writer should not be seen as a deliberate effort on her/his part, but the natural consequence of living in a politically charged environment. The internal and external affairs of governments, power struggles of rulers, conflicts that extend beyond borders, rebellions of the oppressed–all that we refer to as “politics” are events that seep into the sociocultural setting and become a part of the collective consciousness of a people. Artists, especially writers, as part of this social and cultural milieu, cannot be impervious to the politics of their times. With their heightened sensibilities, writers are in fact, much more receptive to the prevalent social and political trends, and often try to interpret their surroundings through their work. By weaving a centralized narrative through and around these events, both writer and reader are allowed an opportunity to interpret and comprehend an otherwise senseless and chaotic world with its constant bombardment of information. The writers of The Lost Generation poured all their disillusionment with war and destruction into their work, in an attempt to make sense of the ravaged world they found themselves in. Hemingway wrote nihilistic anti-war novels like The Sun Also Rises, which described his experiences and opinions of the war. For his generation, the political state of their time became the central figure in the art, and that art in turn became the defining characteristic of the age.

The discussion of the politics within a work of art does not void its true purpose or take away from its essence–rather, it lends complexity and depth to the form.
While World War I characterized the literature of the early twentieth century, post-millennial literature is often simplified to the category of “post-9/11”. The overtly political nature of these writings not only combines world history with personal narrative, but also, on a more global scale, helps make sense of a classist, postmodernist conflict that changed the global political landscape.

Literature, more than any other form of art, has as much a social purpose as it does a hedonistic one. The use of a political backdrop in Pakistani narrative is often denounced as trite and unoriginal, but considering how Pakistan has been entangled in political power plays, military coups, unsolved assassinations and bloody conflicts since its very inception, it is only natural that narratives from the country would be politically inclined. In Pakistan, where farfetched conspiracy theories and convoluted political intrigues are the norm, these elements can provide fodder for plot twists one would be hard-pressed to find anywhere else–like a dictator’s mysterious plane crash in Mohammed Hanif’s A Case of Exploding Mangoes, or an American’s late night parley with a supposed fundamentalist in Mohsin Hamid’s The Reluctant Fundamentalist.

For better or for worse, the unpredictable realm of politics has always had significant consequences in the lives of ordinary people. Events that occur in one place can impact people living halfway around the world. Literature, as a form of art, is an important means to understand and articulate these events. Forster’s A Passage to India still remains an important book in the study of interracial and colonial politics within the subcontinent. Similarly, a lot of prose and poetry written about the apartheid, the feminist movement, and various freedom struggles is not just brilliantly written and aesthetically pleasing, but also serves a political and historical purpose. Toni Morrison once said, “All good art is political! There is none that isn’t.”

Without purpose or context, art and literature would be just as Wilde saw it; useless but for the aesthetic pleasure they provide. Without purpose, without context, they would perish, just as a flower would. The relevance that an artist or writer derives from his/her sociopolitical milieu ensures the relevance of a work long beyond its creator’s life expectancy, distinguishing the superior from the merely average.

Sana Hussain is Features Editor for the magazine.

Oh Suits, you teased us so with the possibility of an adversary worthy of Jessica and Harvey, someone with a justifiable motive and the…

The Missing Slate’s Creative Director, Moeed Tariq sits down with Umer Wasim to talk about his work, dreams growing up,...