In anticipation of the Spring 2014 issue of The Missing Slate, which will boast a distinctly Caribbean flavour, we’ve caught up with Davina Lee, one of the region’s leading filmmakers. She talked to us about her new short film ‘The Coming of Org’, which screened at Cannes Film Festival last year to widespread acclaim.

The Coming of Org is based on a couple of short stories written by your father, and it’s steeped in the folklore of St. Lucia. How have your background and upbringing shaped you as an artist?

I grew up in a very creative household. My mom is a writer and a photographer, while my dad is a writer and drew a lot when I was younger, so my creativity was nurtured at a very young age. I was always encouraged to pursue whatever I was passionate about, which was usually something creative. My mom’s stories were based on Saint Lucian folklore and ‘The Coming of Org’, written by my dad, also has many aspects related to our folklore. I always knew I wanted to make a movie based on my dad’s story and that’s before I even became a filmmaker. It is so visual and the story played out in my head many times.

In the film you visualise an internal conflict between your characters and their “org”. What does that word signify for you?

The word “Org” when I say it, even now, is somewhat scary to me. It’s something ugly, something we don’t want to see, but we all must face it. 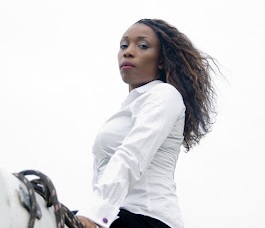 What attracted you to such psychological subject matter?

No idea. Maybe because I know it is true, we must all meet our “Org”, and I have been waiting for its Coming, hoping to become a better person after I come face to face with it/me. Just saying this got me a little scared. *laughs*

The performances in the film have received considerable praise. What was the casting process for these roles?

I had an open casting but I had 2 particular roles for which I knew who I wanted. I knew I wanted seasoned Saint Lucian actors McDonald Dixon and Jason Sifflet, who play Charlo and Tison in the film respectively, but I was pleasantly surprised by some of the actors who I never knew existed in the Saint Lucian acting community, like Ian Mitchell and Garnell Smith who play Terrance and Jennifer.

As well as directing The Coming of Org, you were also responsible for shooting, editing and scripting it. Will you continue to oversee every element of your work like this, or does it get quite exhausting?

It is quite exhausting, but I am a control freak, which is not good all the time because you don’t get enough distance from the project. Now, as I have stepped away, I see areas where I could have made the film much better. It is my first narrative film so I hope to learn from this experience; in follow up projects I want to focus on directing and writing… maybe editing too, but I can’t guarantee that I won’t shoot as well.

In between focusing on your filmmaking projects, you’ve shot a variety of music videos and TV shows. Would you say your background in those mediums has influenced your cinematic style?

I will say that music videos have especially influenced my cinematic style.

I believe you’re also inspired by Latin American cinema? What films motivate you to keep getting behind the camera?

I love Latin American cinema because the environment and backdrop are similar to the Caribbean, and it is impressive what those filmmakers have been able to accomplish. I love the grittiness and realness of it all. City Of God by Fernando Meirelles and Central Station by Walter Salles both from Brazil. Amores Perros and Y Tu Mama Tambien from Mexico, by Alejandro González Iñárritu and Alfonso Cuaron respectively, are among my favourite films.

The Coming of Org was screened at the 2012 Cannes Short Film Corner — that must’ve been an exhilarating experience?

It was quite an experience being in Cannes. A great learning experience as well in terms of the business side of things, it’s all about the business most of time and networking is everything. I hope I can be back in Cannes again, this time in the Official Selection category.

Hopefully your success will help bring more Caribbean and St. Lucian cinema into the limelight. Is there a lot of potential in the Caribbean film scene right now?

Film is the buzz-word right now in the Caribbean. There is a lot happening in all corners of the region, and a lot of Caribbean films are being played internationally. So I think we are well on our way to success.

What would be your advice to filmmakers who are just starting out, without much money or experience?

I would say don’t let money be a hindrance; you can make a film with a mobile phone these days. Don’t try to make a Hollywood blockbuster your first time out, make a film about the environment in which you live. Also, begin by focusing on the story because it is the foundation, then build up from there.

Aside from your artistic talents, you also seem rather pragmatic and business-savvy — you’ve been running Lee Productions with your sister for over a decade. What are your goals as a producer?

My goal is to be able to live off my passion, do what I love without starving.

Thank you very much for speaking with us, Davina. One last thing; what can we expect from you in the future? Is there a feature-length film in the works?

I have a few things in the pipeline. I am developing a short film series based on Saint Lucian/ Caribbean Folklore, working on a documentary about Saint Lucia’s leading composer Charles Cadet, writing a feature and now wrapping up filming on a short film based on some of Indian writer Sudeep Sen’s poetry, which I am really excited about.

A Trailer for ‘The Coming of Org’ can be found below. Click here to visit Davina’s website.

“too far away for words. some/ broken dreams…” Weekend poem, by Kamau Brathwaite.

"She burst into my room dancing, humming,/ a force of nature, her dark skin gleaming,/ cleaving me with her beauty’s...