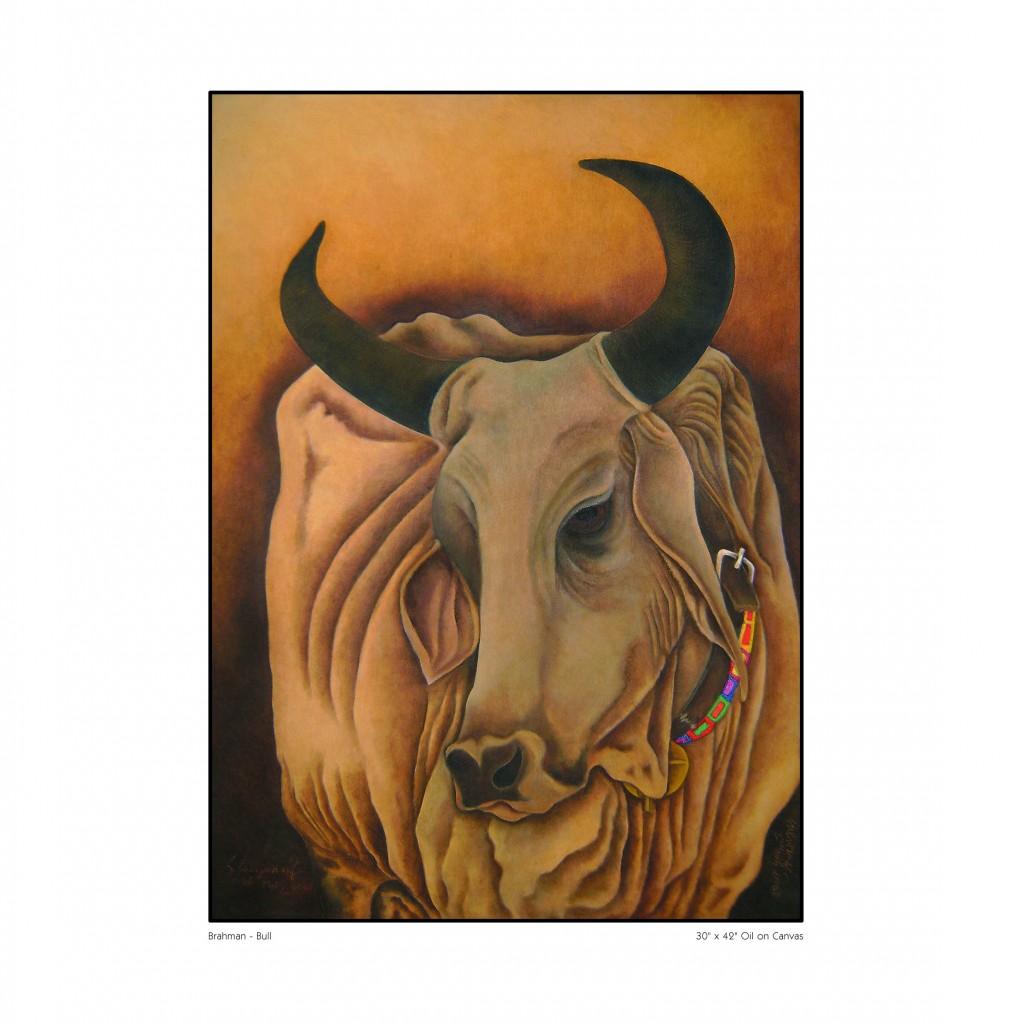 The dog woke him up, howling plaintively in the dark, as if mourning for someone dead. Its shrill voice broke through his sleep, then other canine voices joined and their long drawn out threnody ululated through the dawn. It made him uneasy and he took a little time to adjust himself to the new day.

The sun was leaping out of the east and birds hissed as a playful wind threw them off their perches. He rolled a bidi for himself from a tendu leaf and came out smoking. Dust and dead leaves swirled up in a vertical column, scaring a flock of parrots away. Yet a dove kept cooing unruffled from the top of a mango tree.

There used to be so many more trees in his childhood, Thaan Singh recalled.  But most of them had been cut down by the villagers themselves. When the corn bin in the house was empty, they ran to the jungle, brought back a head-load of wood and by selling it, fed themselves.

But while old trees were lopped down, new ones were never planted. Thus, through the years, the country became more and more bleak and denuded. Now just mangoes, mahuas and toddy palms remained, trees that offered them food, drink or cash.  Only in the hills way off were there some traces of a jungle still.

Smoking, he ambled towards the open country to move his bowels. A lone vulture was gliding overhead in slow, watchful circles. Maybe there is something dead down there, he thought. The offensive stench of rotting flesh came to him, indeed, after a little while. It was a dead cow, he saw from a distance.  Flies were buzzing over the corpse and maggots creeping. The bird kept moving in narrowing circles towards its prey. But he moved on, leaving the dead body to the greedy vulture.

In the dark, sooty interior of their hut, Amli was cooking the day’s meal when he got back.  The cramped space was filled with acrid smoke. She baked thick rotis of corn flour, then ground some chili sauce. That was all. They were lucky even to get two meals a day from the time she got a job. He himself worked erratically, whenever his poor health or fondness for liquor permitted.

She wore a ragged long skirt and a button-less blouse. The open front was carelessly tucked up with a safety pin, leaving her big breasts almost bare. She didn’t mind, nor did he bother, looking indifferently at her semi-nudity.

“How much did you get yesterday?” he asked.

“They said they would pay me on the coming Saturday.”

“Do we have enough money to eat till then?”

“Why should you bother?” she taunted. “You hardly eat.”

There was a bruise on her cheek where he’d hit her four days back.

He looked guiltily away, through the murky interior. The palm fronds were flapping gaily in the wind and the twin pots attached to the tree swung lightly.

Coming out, he climbed the tree. Taadi had collected in the pots overnight; he came down with one of them. Pouring it with a wooden ladle into a leaf cup, he drank it; then gave some to her. In the morning the viscous liquid had a sweet taste and smell, but by evening under the intense heat, it fermented and turned sour and intoxicating.

She left for work soon after and he walked towards the stream half a mile away. Like most Bhils he didn’t care much for bathing, but today it was the weekly market day, and he wanted to look spruce.

The sun was leaping out of the east and birds hissed as a playful wind threw them off their perches.
The stream was fast running dry. But in the middle there was a shallow pool of water still and he trudged through the pale brown sands to get there. Had the stream been closer to his farm, things might have been different, he sadly reflected. He might have had crops round the year. But it couldn’t be, and he had to be content with a single crop. That too was often meager and uncertain. His frustrations as a farmer had often driven him to drink.

The sun was high up by the time he got back. The long walk had made him hungry and going in, he took the coarse rotis in his bare hands and ate them with the pungent sauce. Then he drank the remaining taadi from the pot and tying up his turban, came out for the market.

The weekly market at Chandpur was slowly filling up. Most of the peddlers had arrived and were busy arranging their wares. The sellers of snacks and sweets were putting them in small piles costing a rupee each. The vegetable sellers did the same. None of them could afford to buy the proper weights and this indigenous device worked.

Many of his friends had come with their wives. Bhils liked to move around with their women.  It was more fun that way. Still, quite a few had come singly too. Their wives were off to work, like his.

But he knew that no married man would come to the market singly next week, for it would be Bhagoriya then. Folks already wore bright smiles and the hamlets throbbed to the beat of drums and the gyrations of dancing. It was all a rehearsal for the big event in the coming week.

He retired with friends of neighboring villages to gossip under a big tamarind tree. There had been a murder in a nearby village when a dacoit gang had attacked the village headman’s house at night. They had run off with whatever they could lay their hands on, and killed the headman’s son when he resisted the brigands.

Thaan Singh told them about his own village where Kelya had killed Welji by accident. The unlucky man had tried to sneak up his cousin’s toddy palm at night. Kelya hadn’t bothered to inquire in the dark who it was, but had just put an arrow into the intruder. He was sorry when he came to know, but by then the toddy thief was dead and he himself behind bars.

Reinventing the Reel: The Amazing Spider-Man 2

Film Critic Jay Sizemore on why Marc Webb's Spider-Man adaptations are what comic book geeks have dreamt of for years.