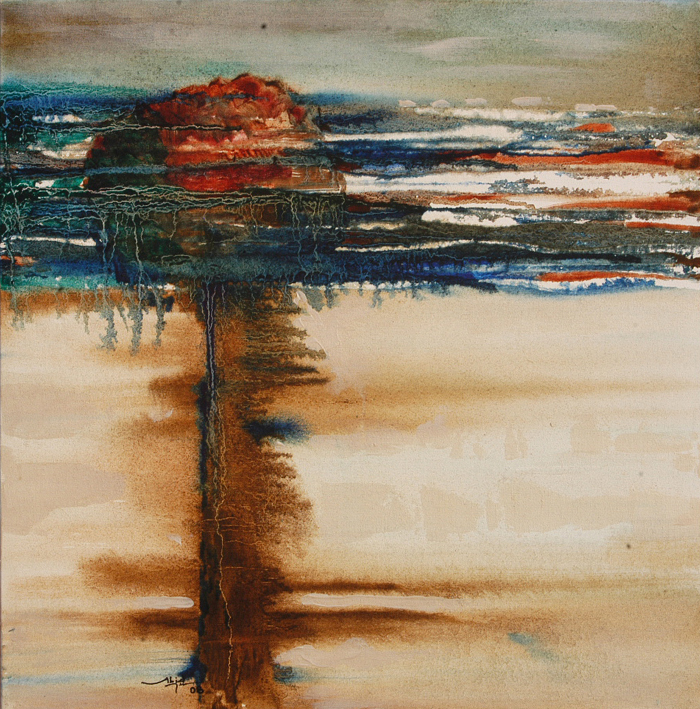 The wind sedated us mildly
as we strolled along the beach, three brothers
adults in adult clothes and taking long
adult strides

That’s why we turned around and walked back
through the dunes, calling each other’s names
which we still remembered. It was October
and the meadows were under water

But there at the edge of the embankment stood God’s
blue Morris forgotten in the lyme grass
like a suicide caught in his own doubts.
A wreck without engine or wheels

The doors were open as if someone
had just left. But it was only the wind
drifting sand in to arrange
an exhibition beneath the seat

Rust had eaten at the car, the physics of wind
and rain drove knives beneath the paint.
Then the present arrived. We had to turn around
and recognize each other over the worn roof

Destroyed by memories and desire, adult and childish
faces against the slow moving time of the beach.
We crept into this Einstein-machine to kill time
or to allow our transformation

Niels Hav is a full time poet and short story writer with awards from The Danish Arts Council. In English he has published ‘We Are Here’, published by Book Thug, and poetry and fiction in numerous magazines internationally. In his native Danish, he is the author of six collections of poetry and three books of short fiction. His work has been translated into languages including Arabic, Turkish, Spanish and Chinese. He has travelled widely in Europe, Asia, and North- and South America.

Per K. Brask is professor of Theatre at the University of Winnipeg. He has published poetry, drama and essays. His works include the libretto for Michael Matthews’s chamber opera Prince Kasper.

Patrick Friesen is a Canadian poet living in Vancouver. Friesen has published numerous books of poetry and has written several stage and radio plays. He was awarded the ReLit Award for Poetry in 2012 for “jumping in the asylum”.

“Sasha smiled, and sauntered past him, swaying slightly on her high heels. One didn’t expect to see a friend’s wife or sister turn up as a professional escort.” Story of the Week (September 27), by Faiqa Mansab.