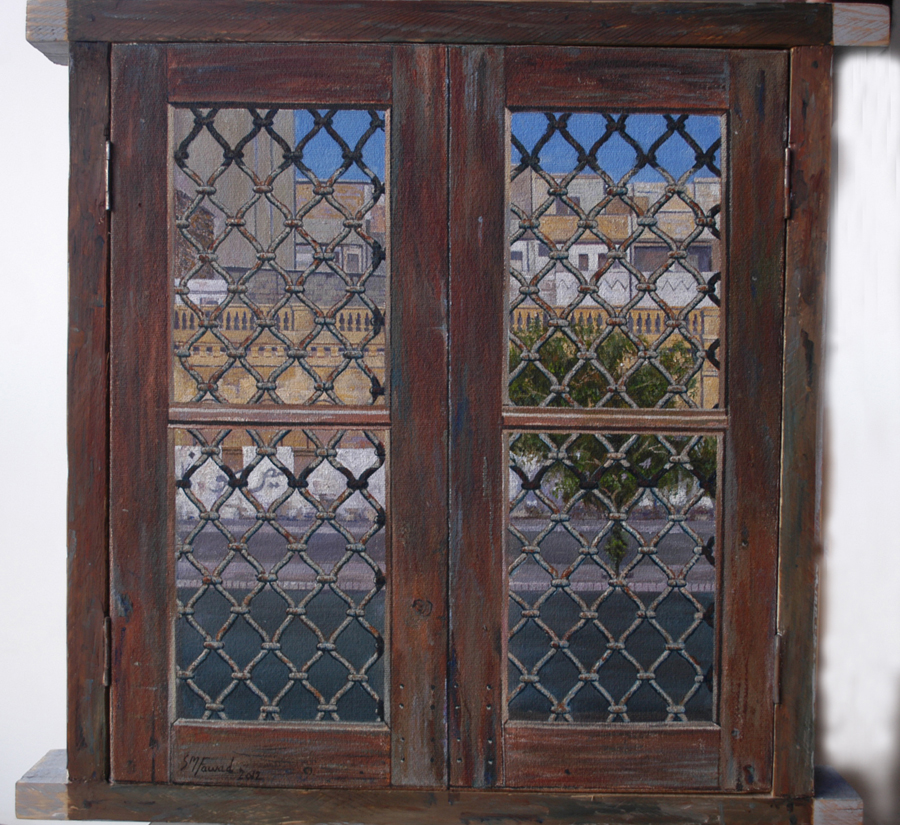 There were times when I would ask for it.
He’ll tell them that for sure. That when
he’d leave, I’d stay. He wouldn’t even have to ask.
And though there were occasional dreams
of escape, I never would do more
than stare at his front door and think ‘I could’.
And that it wasn’t fear that kept me there,
but something stronger. Don’t call it love,
but please don’t take him. Don’t.

And I think, then, about the kidnapped girl,
leaving the basement for the ﬁrst time in her life,
if she still loved him, even if as the father
of her children, or even if as the only man
she’d ever known, or even as her father.

I wonder if she knew he’d be surprised
with all the charges pressed against him,
despite everything, because they both knew
when he’d slip himself against her she would sigh
and that it was the only thing she really knew,
and there were times when she would ask for it.

And as she left the basement, escorted up
by ﬁve big men she’d never met, I wonder
if she knew how the lights in this new world
would hurt her, knew that the world
was somehow easier with nothing but a bedroom
and tap water, knew the world with its highways
and newsreels and doctors, would wring
her out as she walked into freedom, into court,
knew, without knowing me, that there
were times when we would ask for it,
and he’s not the only monster in the room.

Sarah Fletcher is a British-American poet based in London. She was a Foyle Young Poet of the Year in 2012 and a two-time recipient of the Christopher Tower Poetry Prize in 2012 and 2013. Her debut pamphlet, ‘Kissing Angles’, was published by Dead Ink Books in 2015 and shortlisted for Best Poetry Pamphlet at the Saboteur Awards.

The Missing Slate’s film team offer up their selection of alternative horror picks for Halloween.

"I was still almost a child, fourteen years old, when the Red Guards came to Tibet in 1961." Story of...