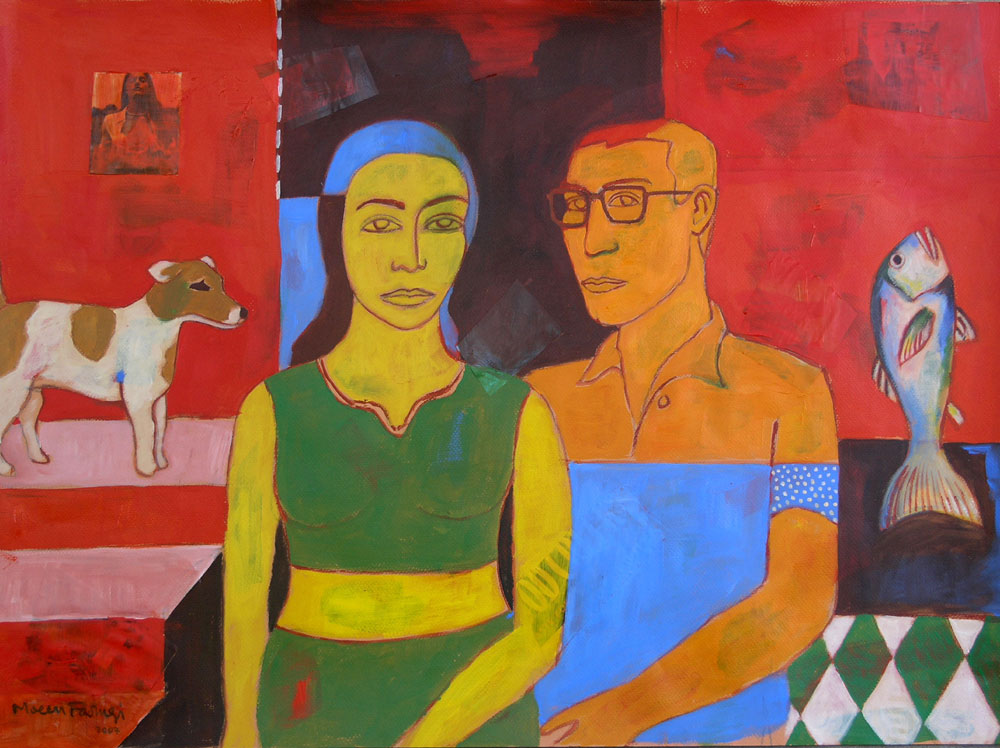 A conspiracy of bankers is walking the plank
onto their speed boat with go-faster stripes,
lugging bags of swag so big you’d think
each contained a body. The sky is blue.

The sea is blue. Enter wave right,
Flipper who was frolicking on the crest of a wave
till he clocked them with his beady eye
that in another million years will surely

wink. Until then there is a job to be done,
criss-crossing the prow and splashing so hard
it’s like Glasgow in November and the steerer’s
blind. Are they terrible rocks ahoy?

Wrecked, the bankers doggie paddle into
the smugglers’ cave only to get caught in
the nets of a trawlerman who went bankrupt in
the recession, forcing his fishwife onto the game.

Meanwhile in another part of the sea,
Flipper’s flippering his tail so he’s walking
on water and clicking his teeth in a grin
at the handsomely arrived Police Patrol boat.

You want us to follow you to the cave,
Flipper? He’s off like an outboard motor.
While the shivering crooks are cuffed and beaten,
there’s just one more job to be done. Yes,

that’s Flipper pulling up the bags of gold
from the murky depths with his bottle nose
so that primary schools can be built
with dolphin murals, the poor get rich,

the trawlerman buy new nets, his fishwife
come off the streets and the brave policemen
of the patrol boat have their pensions restored.
Well done, Flipper, you’ve saved us again.
~ Stuart Pickford

Stuart Pickford is the recipient of an Eric Gregory award. His first and only full collection, The Basics, was published by Redbeck Press (2002) and shortlisted for the Forward Best First Collection prize. Stuart lives in Harrogate, England, and teaches in a local comprehensive school.

Author of the Month: Ambika Thompson