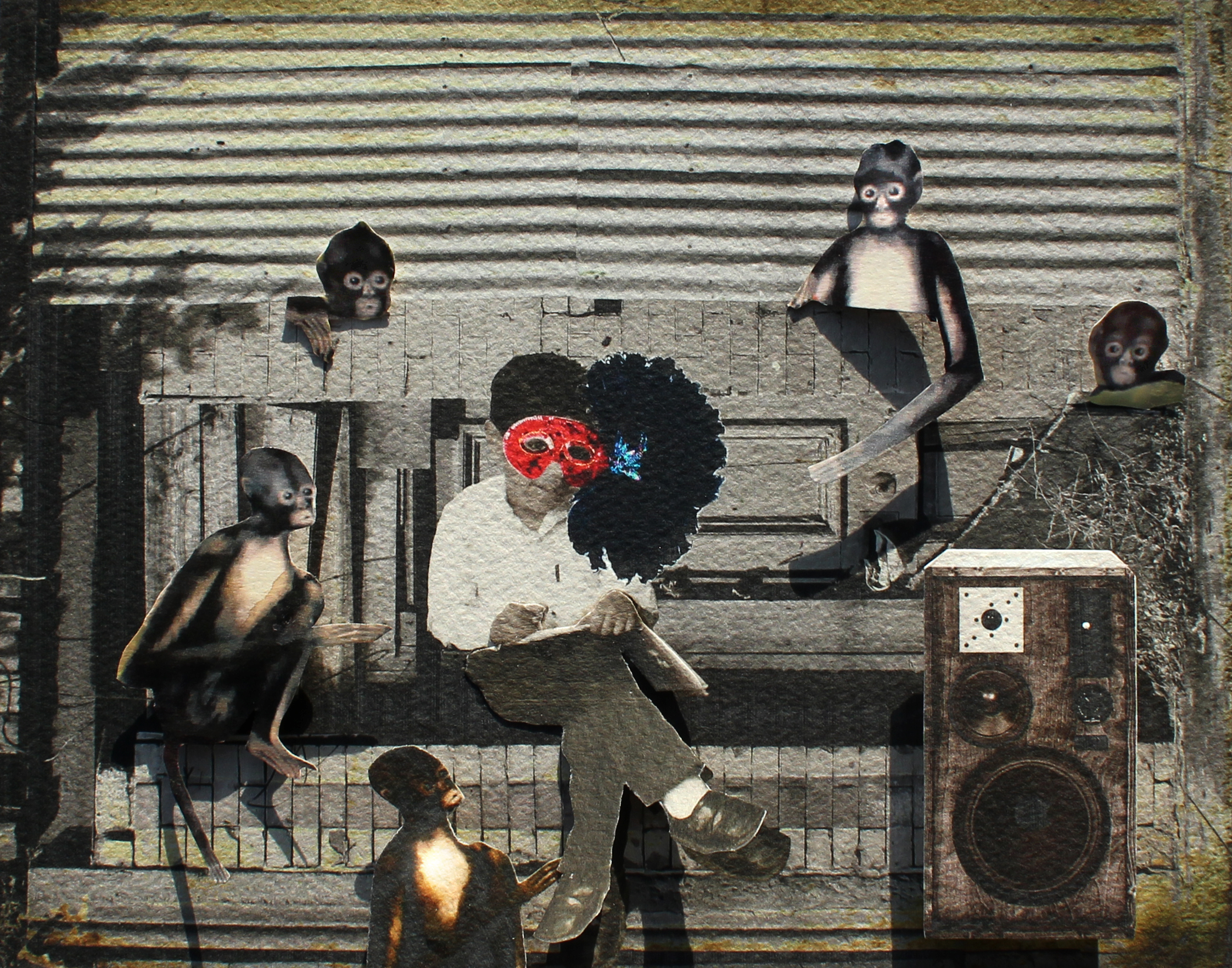 Is there a glass ceiling for non-native English speakers? Part one of Vinay Kolhatkar’s investigation into subtle prejudice (read part two here)

Fevers above 103F can cause confusion, even hallucinations [1]. Above 107.6F — brain damage is possible, even a chance of death enters the equation. Mukul’s temperature was running at 104F, but his hazy mind thought of money — it was running out.

Mukul Pandya, thirty one, dark hair, affable demeanor, was a journalist based in India. Visiting Montreal to cover an event, he and his wife Hema, also a journalist, intended to uncover a few stories in the US on the way back to India, when illness struck.

Constrained to $500 each by foreign exchange regulations, and with no medical insurance, the illness was a calamity.

Not only did minority groups suffer discrimination, but Italian names suffered much less than the Chinese and Middle-Eastern fictional names. Worse, the higher level jobs, as well as those that required customer contact (such as waitstaff) suffered more than say, data-entry operators.
“It’s malaria,” the Canadian doctor said, and prescribed Quinine. Hema never left Mukul’s side, but neither did the fever. He thought of his sister who lived in New Jersey — the sight of the diminishing wad of dollar bills energised his aching bones.

“It’s typhoid,” said the doctor in New Jersey. This doctor was right.

In New Jersey, two weeks went by before the previously misdiagnosed Mukul got to his feet. Gnawing away at the bacteria invaders, the antibiotics and the pathology tests had also nibbled away his precious few dollars. Mukul forced himself to focus — the mental switch clicked to freelance work, but nothing turned up. Finally, one kindly editor gave him something scribbled on a sheet.

He clutched at it like a drowning man to a piece of wood in a sea of uncertainty.

On this wood, that had long become paper, there was a name and a phone number.

Charu Khopkar, then twenty nine, landed with his wife, Alka, who had earned a scholarship to study German at Frankfurt University. Both had been educated at English-language convent schools in Bombay, India. Despite the odd incidences of “The apartment just got rented,” “They always get the best seats,” “When are you going back?” and “You are not here permanently, are you?” they stayed for ten years.

While fluent in German, at home they conversed in English. When their first child was born, they thought of moving to an English-speaking country, and Australia happened to be advertising for immigrants in Germany. By then, Charu was also armed with a four-year full-time master’s degree in Economics from Frankfurt University.

I have driven to Charu and Alka’s home. It’s on a narrow street in Sydney’s south. A signature upper-middle-class area — tall gum trees outline the street on both sides, the sidewalks are neat, the grass trimmed. The aging trees bend over the bitumen below, creating a tranquil, leafy canopy that keeps most cars in the shade.

The house is a picture-postcard of suburban bliss — a well-maintained grassy front lawn, an attached brick double garage, its white doors adorned with a green pattern matching the green of the fence and the rain gutters on the roof. French windows with striped green canvas awnings are everywhere. No need to ring the doorbell, a Golden Retriever and a Labrador announce my arrival.

Charu and I sit at a long, narrow dining table with coffee. We talk for almost three hours. Charu is wistful as he remembers the early days:

“When I was new to Australia, a German company advertised through CES (Commonwealth Employment Service) for a representative with German experience and German qualifications, but resident in Australia. Liaison was required between Germany and Australia. CES sent them my CV.”

“I got a call for an interview. I was excited.”

“The interviewer was a middle-aged German. We spoke initially in English, and then in German. He asked about what I did in Germany. It all went smoothly.”

“When I inquired with CES about the outcome, I was told that they were looking for an Australian-born person.”

“CES said they couldn’t do anything about this; it was a private sector company.”

This was a recollection from 1982.

Scoring an interview is still hard for many — the foreign-born are even stratified. Australian National University researchers sent over 4,000 fictional resumes to employers in response to job advertisements. [2] In all cases, they submitted a CV showing that the candidate had attended high school in Australia. Despite that, not only did minority groups suffer discrimination, but Italian names suffered much less than the Chinese and Middle-Eastern fictional names. Worse, the higher level jobs, as well as those that required customer contact (such as waitstaff), suffered more than say, data-entry operators.

In academic parlance, this is called the “glass gate”. If the gate providing an entry — to an elite university, a profession, to firms at the better end of town — is unfairly shut, then the groundwork for a ‘ceiling’ is already laid. If someone is jumpstarted to a managerial level, like Rupert Murdoch’s sons, they are on a “glass escalator” [3]. According to research reported to the US Glass Ceiling Commission [4], white males are more likely to get the benefit of a glass escalator. The better assignments and mentoring neglected, the career-enhancing moves omitted — they are the invisible “glass walls” — the neglect by omission of a people with no connections.

You can walk in the main entrance of this bank every day of the week, and still never stop noticing the large, arched windows and the enormous columns of green marble with brass tops in the main banking chamber, one of the largest in the world.

I entered a fourth-floor office, rather large for a mid-level manager. My supervisor, Lalit (not his real name), wasn’t there. I sat across his desk on the visitor’s side, solemn, staring out the window to my right, wondering why I was being summoned. Lalit appeared with his customary delay to indicate how busy and rushed he was.

Like many upper-crust city bankers, Lalit always flaunts tailored suits and brand-name shirts and ties. He drives a BMW and boasts of an affluent suburban address.

Lalit is not super rich. He bought a high mileage three-year-old car and he rents. He tries to speak with a posh accent, but his subcontinental origins slip out every now and then, like cleavage showing through a loose kimono. Aware and self-conscious, he repeatedly closes the kimono, jittery and uneasy about how flimsy his cover is.

He speaks in trivialities, until I lose patience.

“Umm … there’s a course I want you to consider doing. It will be good for you.”

“What kind of course?”

He fidgets and squirms.

“It will be worthwhile. The company will pay for it.”

“Yes, but what exactly are we talking about?”

He is adjusting his fancy tie.

“Err … you will be working with a voice coach. She comes highly …”

“What’s wrong with my voice? I just did a presentation to over a hundred people that was very well received.” I feel indignant. My ire must be apparent, he picked up on it, his demeanor noticeably softens.

“It was, indeed. But … how do I say this … you deserve better. You are clever, technically adept. It would be better … better for you if you neutralise your accent.”

I am silent. I mull it over. My gaze shifts, first to the sunlight filtering through the window and then downward to the floor under the table between us. I notice a pointy sparkle, like a small torchlight beam — how long does it take for him to get his shoes shining like that every morning?

“You can stop any time. Why not try it out?” He is persistent.

I nod to that. He smiles.

Touché. There is a stunned silence.

Uncannily, Simon Wong (not his real name) tells me the same story — different company, different manager — a Caucasian white who told Simon to his face, “With that accent, you can forget about career progression.”

Simon too, had given several presentations, “They were fantastic,” said his boss, “the public speaking is fine.”

Simon has even tried to enter politics, only to be advised that it is really hard for an ethnic person to win a lower house seat.

Puzzled, I decide to call Carlos, the most multi-ethnic person I know.

Singer/songwriter Zoe Viccaji talks to contributing editor Asmara Ahmed Malik about the life of a performer, and what Karachi gave her. With photography by Natasha Jahangir.

"Lately, I am told, in my native land, mothers stay up long into the night staring at all of the...