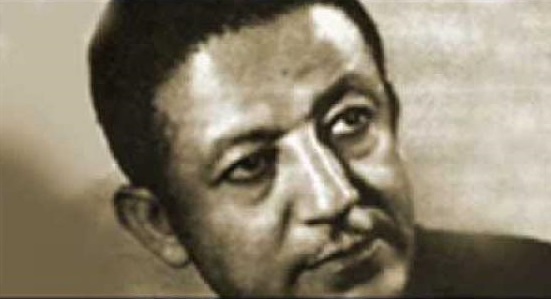 The nature of Man

Once upon a time, God ordered all the animals
to gather in a field: all birds and mammals
created from His breath, from mighty strongbones
to the smallest gnat sat down before his throne.
He called Monkey to account: “Look, Monkey,
here are all my creatures from humble Donkey
to the haughty Lion, tell me if you think their beauty
exceeds yours, don’t be afraid to speak truthfully,
I will correct whatever you see as your defect.”
But Monkey answered like a shot: “Defect?
My face is ruggedly appealing, my chest is manly
and my hands and tail are simply heavenly!
Why should I beg you for a change, when here I stand
on two of the shapeliest legs in the land?
If you are looking for a project, Lord, I’d begin
with Hyena’s slanted back, his foolish grin!”

Hyena sidled up to answer the same question.
He simpered that he knew his education
was a little basic but his dusty spots
could tie a young hyeness’ heart in knots.
Much better, in his lispy view, to overhaul a beast
like Elephant, whose ears could use a cut and paste
and stick the trimmings to his scrawny tail!
So Elephant appeared to wails
of laughter, everyone expected he would rush
to ask the Lord to wield his broadest brush
and re-invent him. But all he did was praise
our Great Creator for his delicate greys:
“I never saw a single fault in my appearance!
It’s Whale who waddles through the sea and flaunts
her shapeless bulk, why not remodel her
and put a stop to all our laughter?”

But Whale was just the same.
Every animal thoroughly enjoyed to name
the flaws in others, to snicker, scoff
and pride themselves as superior stuff.
So God dismissed them all. As I do now,
but I would like to show you how
we can be different: by telling our defects
as humans, examine how imperfect
our paper generosities, lush-sounding words,
when look! we are such small mean lords
pumped up with self-importance,
empty and rude-fingered sycophants!

We humans should tell the Earth and Sky
how cruel we are, but it comes as no surprise
when our strutting tongues collapse
and will not say a word. Our mouth-traps
open for gales of mockery: liars laugh
at blind men, who hear well enough
to snigger at peg-legs, and peg-legs like to jeer
at baldies, baldies at the stutterers who leer
at pompous clerks who themselves ridicule
the hatless customer, and hatless makes a fool
of silly face and silly face laughs at ugly
and ugly mocks a leper for his leprosy —
and who will the leper find to criticise?
oh yes, a cuckold racked with jealousies!

Man, strange being, uncorrectable,
two-faced but strangely simple,
continues his own bad example.
Generations come and go, we stay the same,
like passengers on a commuter train.
We’re all alike in this, just different
in superficialities. We were always meant
to give ourselves a long hard stare
and see the library list of imperfections there.
That’s why I think it would be so much better,
if we all agreed, not to laugh at each other.

Dr. Kebede Mikael is regarded as one of Ethiopia’s greatest 20th-century writers and thinkers. He authored a total of 26 books, and his wide range of translations from various languages includes Amharic versions of ‘Romeo and Juliet’ and ‘Macbeth’. In 1990, he received an Honorary Doctorate from Addis Ababa University for his unparalleled excellence in literature, and for inspiring generations of Ethiopian authors and writers.

Chris Beckett grew up in Ethiopia in the 1960s and his acclaimed collection of praise shouts and boasts, ‘Ethiopia Boy’, was published by Carcanet in 2013. The book of his collaborative project with artist Isao Miura, ‘Sketches from the Poem Road’, has been shortlisted for the Ted Hughes Award 2015.

"Yes, I have walked your streets, I have made no strides./ Your secrets are endless, Addis!" Poetry by Fekade Azeze,...