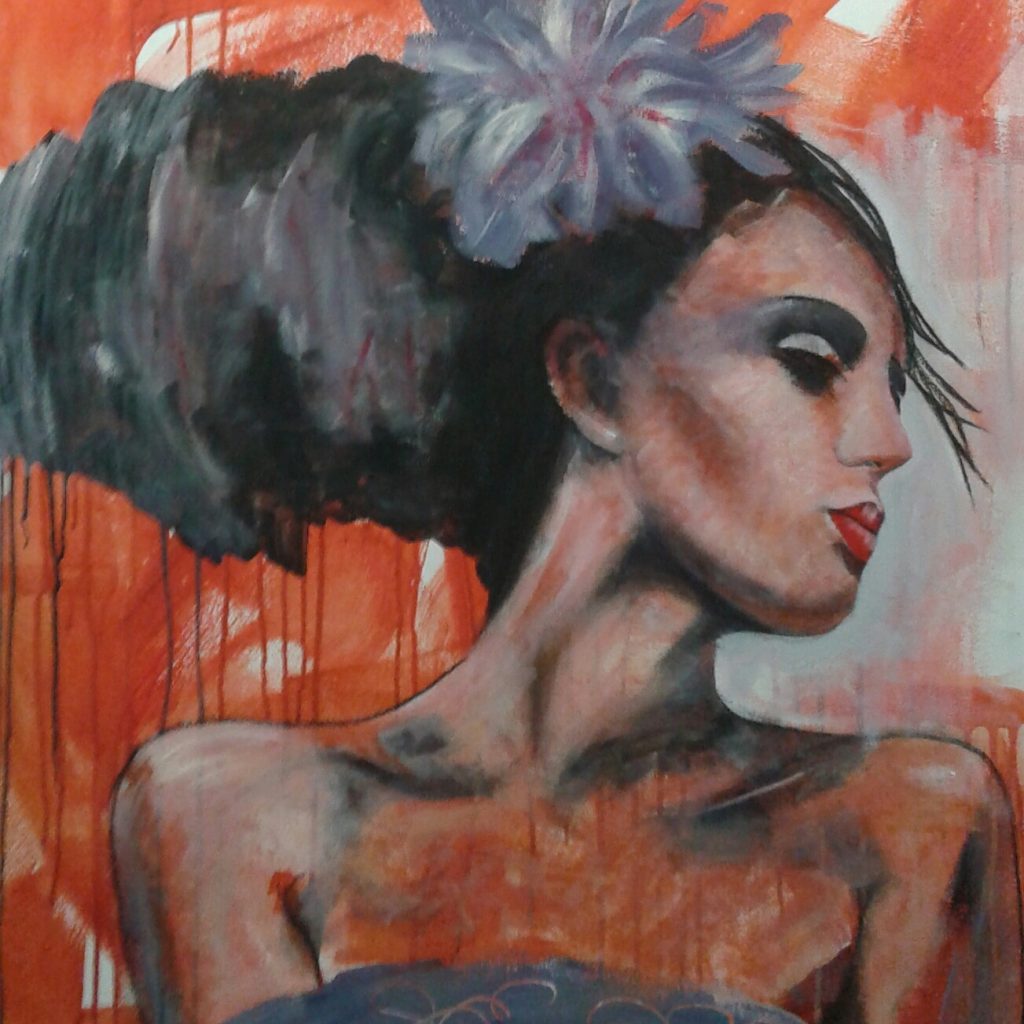 Parme, by Stéphanie Brachet. Image courtesy of the artist

She comes each morning
with the sea on her head.

Wrinkles rippling
Through there isn’t a puff of wind,

Her firm buttocks
are rolling breakers.

Faster than the dark,
lighter than a bird,

Lovely, so lovely,
she strides beside the sun.

Kang Ŭn-gyo (1945 – present) explores themes including life and death, equality, the individual and the collective, as well as public matters such as the oppression and persecution people experienced in the late 1960s. She was one of the first Korean women poets to represent women “existentially” by writing about their bodies, their wrinkles, their sal (flesh) — entities often invisible and silenced in the patriarchal culture of the time. Ultimately, her poetic and professional achievements demonstrate that women are not to be underestimated.

Kevin O’Rourke, Professor Emeritus of English Literature at Kyunghee University, is an Irish priest who has lived in Korea since 1964. Kevin O’Rourke was the first foreign national to receive a PhD in Korean Literature from a Korean University. Much of his career has been spent translating works of Korean literature, both classical and contemporary, into English. In 1989, he won the Korean National Literature Prize for his translations of Korean poetry.

“Sometimes on my knees, before the orange hood was raised, the blindfold bound, I faced the hills…” By Ravi Shankar.

"What I throw out to the world/ is a silver thread, that thin line I throw..." By Kang Ŭn-gyo, translated...