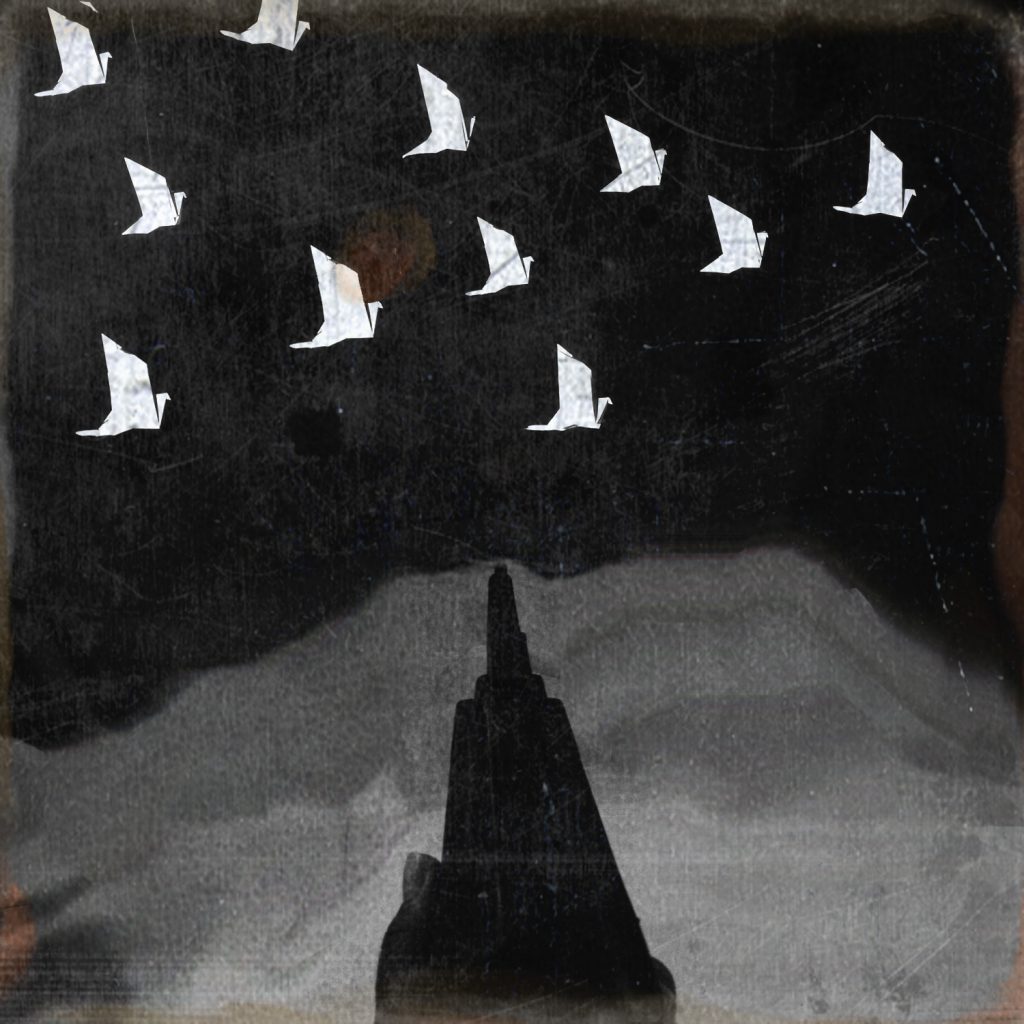 Shooting Practice, by Saadia Shaikh. Image courtesy of the artist.

This blonde and grey-eyed woman,
her fingers combing a prisoner’s hair
in a barn, a field, a hidden somewhere
in that wartime summer. Her past and his
made the world a present, but their son
became a summons from the Occupier,
the black steel helmets. Love was done.

They say her fingers raked her face,
the lines of blood condemning
the blue betrayer eyes of her father,
who waved his hands
and showed his palms.
Her cheeks became her speech:
she’d never enter his house again.

I still see a tablecloth checked red and white,
and how a bottle stood before I sat.
With her, my father’s sister, I once made
my claim to youth: I’d walk across her land,
sleeping in fields until Vienna.
The skin crinkled around my aunt’s eyes.
More beer. I never asked a thing.

Now her hands unwind the gauze:
she guides my touch to her foot,
the open sore a nurse will bandage.
My stare moves past my aunt to the vase
of bluebells—the droop of small helmets—
then I settle my eyes on hers, their grey,
her best and last defence.

"We all lived in a hostel on Green Avenue in Bed-Stuy. My days were spent cleaning the rooms and making."...