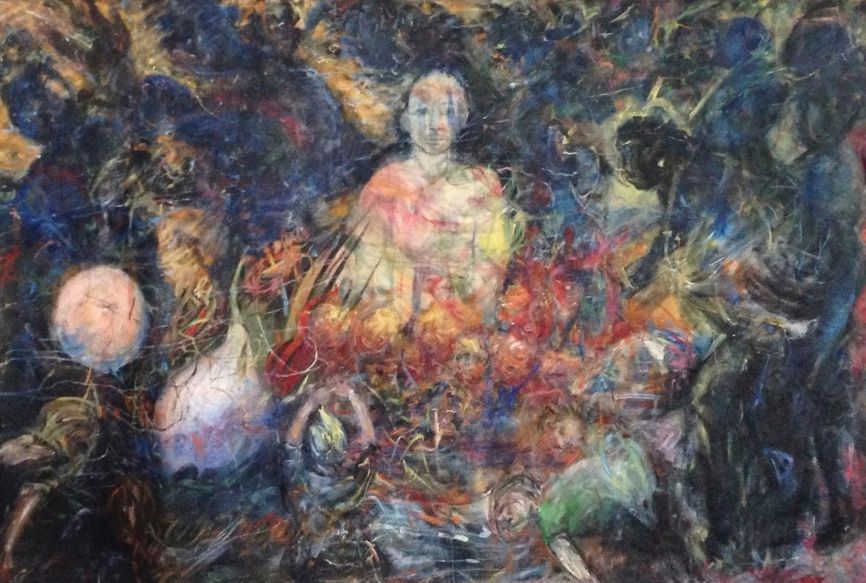 Sometimes I see the world, scattered
in small brick shacks along the hillsides
far away in Colombia,

where it is only the poor, at the peak
of the mountains. Medellín, holding on
so the city can find rest.

Sometimes, I see the poor in my Bai,
shoeless and old, his teeth threatening
to leave him if he continued on,

and walking on barefoot, he looks ahead,
his eyes, not betraying the future, where
the children he’s populated

Sometimes, it is just these children who
have emerged from a long war they never
saw; children, left along

the sewage drains, the same people who
brought on the war, now recapturing
the land as if the land could be captured.

shattered water gourd, the one Iyeeh told
you not to drop, her world, shattered
but sometimes, this is the way of the world,

the simple, ordinary world, where things are
sometimes too ordinary to matter. Sometimes,
I close my eyes, so I don’t have to see the world.

Patricia Jabbeh Wesley is a poet, scholar, public speaker and human rights activist. Born in Monrovia, she is a survivor of the Liberian Civil War.