Spoiler Alert: If you haven’t seen “Dead Freight” yet, don’t read this review.

There is the occasional fleeting moment where it seems that Breaking Bad has abandoned any pretense at realism and fully given in to its pulpy instincts. As enjoyable as the magnets heist was in the season premiere, it represented the rare caper to go off without a hitch. Until the closing moments of “Dead Freight” the fifth episode of the shortened fifth season, it looked like Walter and his crew had again pulled off the perfect crime. Then, with both a literal and metaphorical shot to the gut, the consequences of the great train robbery became clear.

Once again, the role and moral standing of Walter White is being redefined. This is a man who started the series willing to cook meth but not to kill anyone. Then he was ready to kill, but only targeted drug dealers. He took that a step further by letting Jane die but not killing her himself. Once Gale’s death became a willing bargaining chip he was eager to outsource the job to Jesse but at least drew the line at killing children. With Brock, Walt was fine with poisoning a child but not actually murdering him. Now that Todd shot dead a boy simply for being an innocent bystander, is there any doubt that Walt will approve of the action? 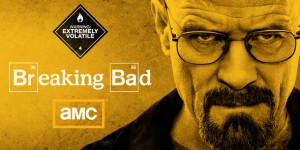 Walt’s moral descent is marked by a stubbornness that has now become more latent. Many of his actions in previous seasons have been spurred by a genuine affection for Hank and a desire to save his skin. Now, as he bugs Hank’s office, emotionally manipulating him in the process, Walt continues with the job even after Hank has reentered the room. This foreshadows Walt’s insistence that Jesse and Todd continue siphoning the methylamine from the train, even after the engineers have returned and are starting to speed off. The new Walt, version 5.0 if you will, gets what he’s after no matter the potential cost to himself or those who are dependent on him.

This stubborn streak manifests itself in Walt’s home life too. He is no longer the caring and understanding father. Junior isn’t going to get any explanation for why he has to go live with Hank and Marie. A simple “Because we’re your parents and you’re our child, that’s reason enough” will have to suffice. As Skylar says, “I’m not your wife; I’m your hostage”. The only problem is that Walt is enjoying the power rush of being the boss, both at work and home.

The season so far has been surprisingly light on Jesse, with Walt and the emergence of his previously stifled-megalomania taking centre stage. The final three episodes, though, will force the more morally-grounded Jesse to make a choice. He is as complicit as Walt in the murder of the child; he was the one who told Todd, “Nobody other than us can ever know this robbery went down”, an order that was followed to the tee by the red-headed minion. But with the wounds of Brock’s brush with death still raw, Jesse is going to have to face up to the fact that his father figure Mr White no longer sees the need for restraint. Earlier in the season, Mike had told Walt and Jesse that just because they killed Jeese James doesn’t mean that they have now become Jesse James themselves. In a clever callback, Jesse (Pinkman in this case), with a healthy dose of excitement, referenced the train heist as something Jesse James would do. One bullet may just extinguish that excitement, with potentially calamitous repercussions for Walt.

Towards the end of the last episode, with their methylamine supply gone dry, Walt had declared, “Nothing stops this train. Nothing.” A stray murder or two will not stop Walt from going full steam ahead but the climax to this season will likely derail his meth train in the form of the two people who Walt has most betrayed – his protégé Jesse and his wife Skylar.

Nadir Hassan is a contributing writer to The Devil in the Remote and tweets @Nadir_Hassan. An avid writer and a journalist in another life, he also contributes to The Express Tribune.

“Bird Droppings” are twitter-based tweets and / or vents reflecting socially or culturally stigmatic situations that have their authors at...