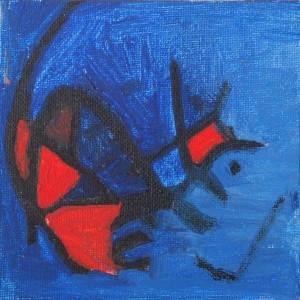 father, my home
i leave behind
mother, this knot
i now unbind

my very own
and those unknown
drift slowly
away from me

take care, this home
was not for me
i leave now for
a far country

Waqas Khwaja is a professor of English at Agnes Scott College where he teaches Postcolonial Literature, British Romanticism, Victorian poetry and fiction, and Creative Writing. He has published three collections of poetry, the latest, No One Waits for the Train (Alhambra 2007), and edited several anthologies of Pakistani literature in translation. He was contributing translator and translation editor for Modern Poetry of Pakistan (Dalkey 2011), showcasing the work of 44 poets from Pakistan’s seven indigenous languages. He also guest edited a special issue on Pakistan for The Journal of Commonwealth and Postcolonial Studies (Spring 2011).

Features Editor Sana Hussain wonders whose prerogative it is to dictate the meaning of a work of literature — the author’s or the reader’s.