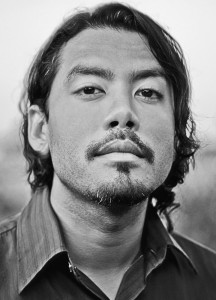 What do you think publications could do to help emerging artists, in this case filmmakers?

Exactly what you are doing here, every feature, interview or article is so beneficial.

Any advice for someone who’s just starting out? We often hear “just point your camera and film whatever inspires you” but it’s not always as easy as that. What’s the next step and the one after that?

Well I still feel like an infant at this so I’m no authority on the subject. However, do work that not only inspires you but inspires others. You have to build an audience. Also don’t be afraid to start small, really small. Like 30 second commercials. They are little stories in themselves, that’s how I started. Hone your skills, there is a wealth of information online, research, research, research. And collaborate. Help others with their films and they will return the favor. Keep going and you’ll learn what works for you.

Have you ever participated in any festivals, and if so, can you share some of your experiences with us?

I’ve been to a few. The one that stands out is the Vimeo Awards. We were finalist in 2012. A very inspiring experience, attending the screenings and participating in the various workshops held by industry leaders. Plus it was a networking hotspot, we met a lot of cool people there. And partied.

I think you can tell a lot about a person based on the films they love. What films do you love?

My taste is diverse. I love sappy animated films like An American Tale and Mary and Max to Korean cinema standouts like Mother and Old Boy. From the works of Kubrick to lighter stuff like Home Alone, Mrs. Doubtfire and Big Daddy.

What do you want to be when you “grow up”, what do you hope for the future to bring?

I want to continue to do work that inspires me and others. Opportunities to do so is all I hope for and will continue to pursue.

Do you have your next film planned out already? If so, can you tell us a bit about it?

Yes I do, it’s called Forever Alone, it’s a satire piece about the “culture of loneliness”.

Here you have it — talking to Christopher Guinness was a real pleasure and we at The Missing Slate look forward to what he has in store for us next — remember to keep an eye on Mr. Guinness’ Vimeo profile and stay up to date with his newest creations, and maybe drop him a line to show your support.