“The people who sat in darkness have seen a great light, and upon those who sat in the region and shadow of death, light has dawned.” – Matthew 4:16 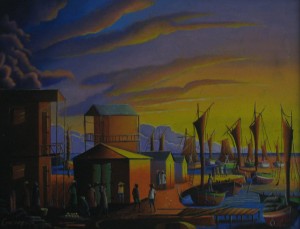 In 2006, he co-edited with Saint Lucian poet and playwright Kendel Hippolyte ‘Saint Lucian Literature and Theatre: an anthology of reviews’, which is recognized as a significant contribution to the documentation of the history of Saint Lucian writing and drama.

‘At Capernaum, boats’ appears in John Robert Lee’s collection ‘Sighting, and other poems of faith’ , and is reprinted here with permission from the poet.