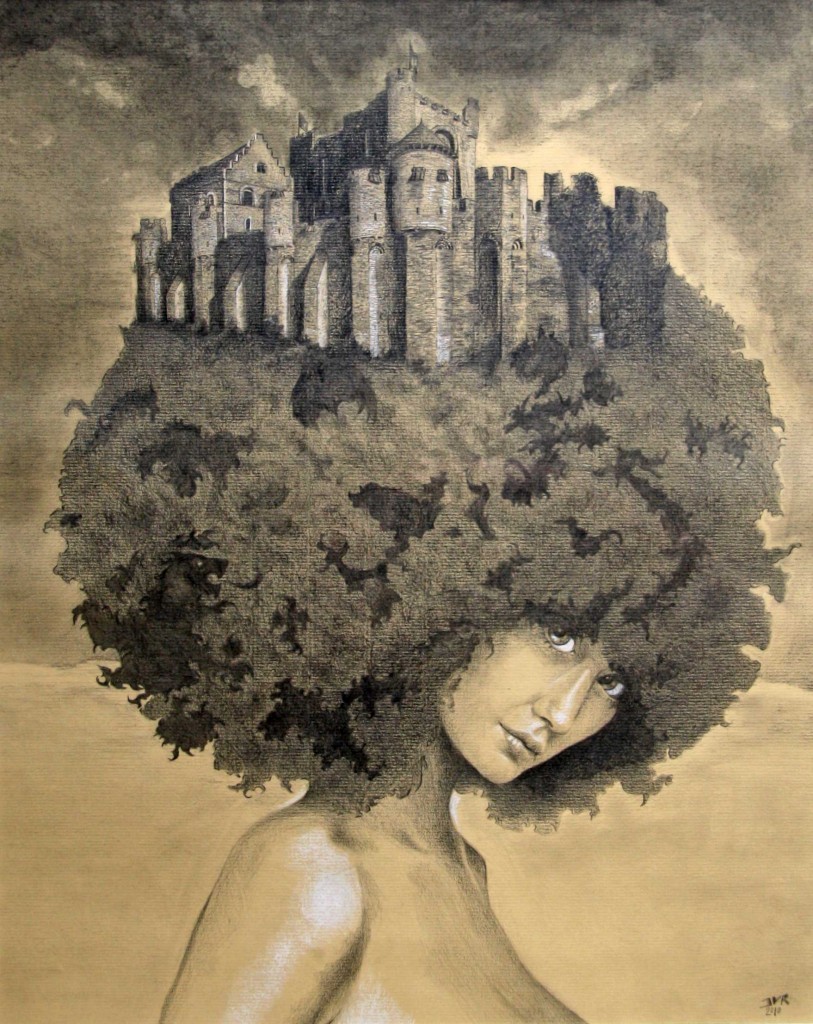 Lady of the Castle by Joeri Van Royen

Beside them, one desert lark linking

sky and earth, quenching its thirst

at the thorny salt wort, singing

in the language of longing,

and you the wandering pilgrim—

kind of darkness, envelopes you.

In the hilly terrain, southwestern region,

massive ridges and elevations with low-

Dhiab, Al-Jah with their flora—

mounds in the main channels, their shrubs—

after drying, or rolling—in the main channels—

another lying at low levels between elevated

(every pilgrim should know)—their downstreams

confined to the Miocene ridges, result of

on which grow Acacia ehrenbergiana

and Pennisetum divisum, and on the wind-

through which life-giving water eventually

will flow across this span of arid land

forever.  Peace be to dry, expectant

wadis and runnels winding through desolate

Since receiving an M.F.A. degree in Creative Writing in 2004, Diana Woodcock has been teaching writing courses at Virginia Commonwealth University in Qatar. Previously, she spent nearly eight years working in Tibet, Macau, and on the Thai-Cambodian border.  She is a PhD candidate/Creative Writing (distance learning) at Lancaster University.

“The road at this hour, that late-night hour/ of road spread wide with silence; that car,/ careful and slow, lone sound of engine/ quarreling with itself…” By Vladimir Lucien, celebrating Kamau Brathwaite’s 85th birthday.