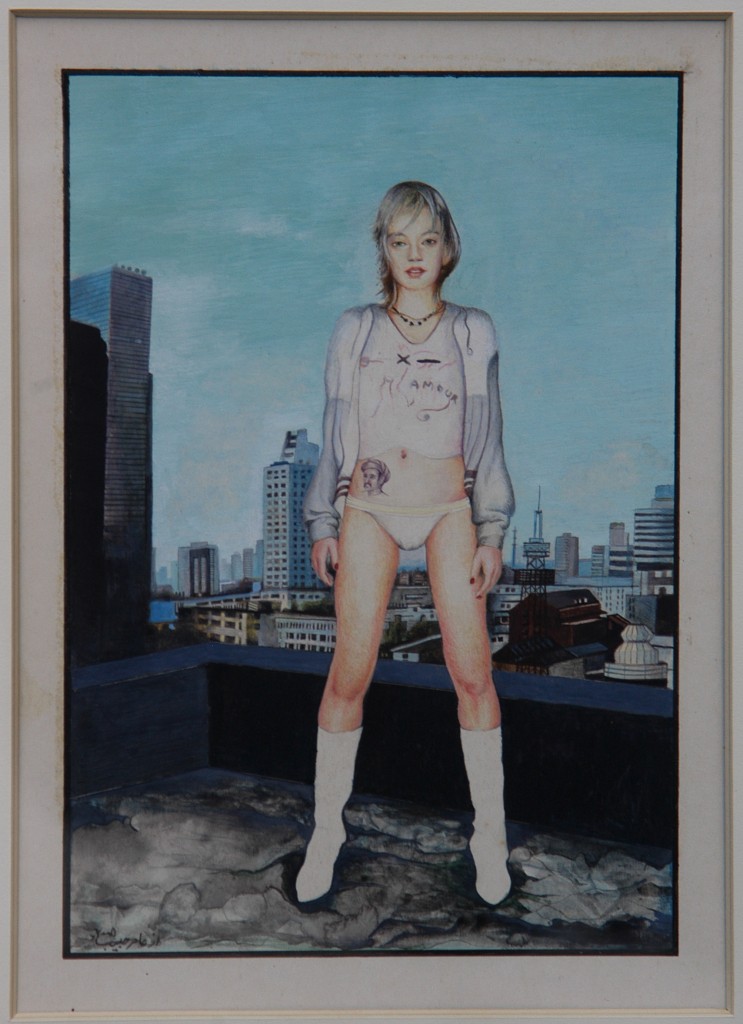 The very long hair was the only thing she allowed herself from the time before. It is not right to say that he allowed it, because she was what people labeled “free,” and so he couldn’t disallow it; it is correct to say that he kept his attentions trained upon other parts of her body that were unsubtle, parts that were more important to him and far less important to her, so that his focus never fell upon its magnificent length. It is true to say he never saw it. When he got close to it, she distracted him with a sudden jerk or amorous whimper. It is not known what he would do if he discovered the hair.

The hair kept all the other things about her running, strengthening her from its shadows.
She had coaxed the hair out of its follicular hiding from the time of pubescence, while other changes went on all around it. While her body changed in ways that others applauded, she cared only for the hair. She arched her spine to watch it germinate—her face so close to her own skin that she could smell her blood as it worked just below, could hear its womanly pulse oxygenating the fatty and erect and flushing parts of her flesh that were potential sex but oh-so-uninteresting to her.

She had never seen the hair in a mirror. It sprang proud just outside the mirror’s reach. She sang to the hair. She sang beautiful songs that she made up on the spot. On the other side of the bathroom door he felt that she must be a very happy spirit indeed, singing every chance she got. And she was, immersed in the hair’s care. She oiled it at night and groomed it in the morning. It shone with health and glinted with the light of the loved. Before he took her out to catch a show or eat in public, she curled the hair around her finger and gave it a little spritz of Extra Strong Hold, and it curled just exactly like a dream. The hair was always presentable.

“You have such nice skin,’ they would say and she knew that “They are talking about the hair, which they cannot see.”

“I admire your bone structure,” they fell over themselves to say and she knew that “They are as enamored with that hair as I am, though it is not visible to them.” The hair kept all the other things about her running, strengthening her from its shadows. It was strong but defenseless. It could be mowed down, shaven, cut, plucked. The shadows were where it had to stay, she’d decided long ago. He must not see it. They must not see it. We must not see it.

“It isn’t dangerous. It’s more dangerous if we don’t do it; if we aren’t that platform.” Meet our editor-in-chief Maryam Piracha.