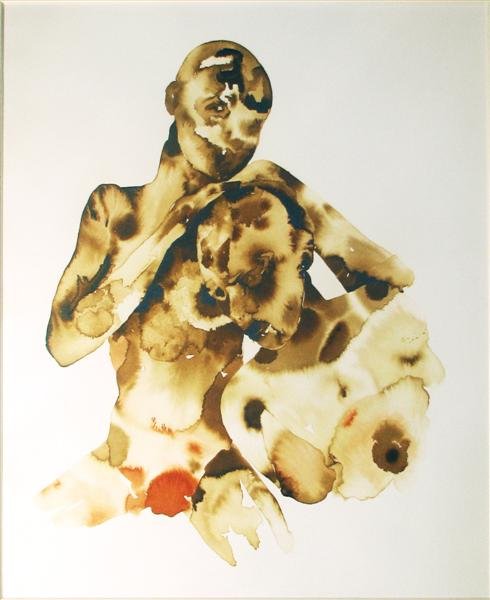 Right here in my arms, by Amra Khan

Many readers would be forgiven for not spotting the link between a hair salon in Kampala, Uganda and the human trafficking ring bust in Macau, China early last year. It may be equally surprising to learn that both locations are firmly linked to Guangzhou.

Back in December 2012, A Report of the Standing Committee on Equal Opportunities on A Working Visit To Dubai, India and China was issued by the Ugandan government.

Section 8.0, Human Trafficking and Sexual Slavery In The People’s Republic of China, states, “Since its opening in July 2011, the Uganda Consulate in Guangzhou has registered growing numbers of Ugandan girls being trafficked and forced into prostitution in China,” adding that, “it is more widespread in Guangzhou because … [Guangzhou] is the leading commercial and trade hub of China.”

At that time it was believed “that there [were] more than 300 Ugandan girls in Guangzhou alone” who had been tricked and trafficked into the city where their “return air ticket is withdrawn immediately… the ticket sold, and money for the ticket refunded to the racket in Uganda.”

Ugandan sex workers in Guangzhou have been subjected to a 5,500-mile bait and switch.
The girls would work the hotels and streets of districts Xiaobei and San Yuan Li, and could be acquired at most times of the day. There would be up to ten new arrivals passing immigration at Guangzhou’s Baiyun International airport on a daily basis. Since then much has changed, yet some things have stayed rigidly the same.

Back in 2012, 23-year-old Texan Kathryn Ronas came to Guangzhou to work for an American company and witnessed first-hand “how big and how bad the situation was.” Ronas began by simple outreach work: she “would happily work with any nationality, but Ugandans speak English and it’s the community that has most reached out to me for help.”

Ronas is a non-denominational Christian. She says, “70 percent of Ugandans are Christian. In Uganda you’re either a Christian or a Muslim and it’s more of a tribal thing.”

The Dallas native has helped repatriate ten Ugandan women and, though she has a name card to distribute to the right people, she operates primarily by word of mouth.

Ugandan sex workers in Guangzhou have been subjected to a 5,500-mile bait and switch. Scores of Internet blogs posted over the last four years reveal a similar trend with duped girls. Most are dated 2012 or early 2013.

The process often begins in the hair salons of Uganda’s capital, Kampala, where girls are poached. The women — often making a paltry $40-50 a month — are desperate for any opportunity to a better life. Successful traffickers present an image of fortune and wealth, naturally drawing unsuspecting and gullible women in.

One online blog tells the story of Grace. In 2012, Grace, in her mid-twenties, was job hunting in Kampala. She ran into an acquaintance who told her that unemployment could be ended in an instant. The woman, a trafficker named Faith Karongo Nasasira, who has subsequently been jailed, told Grace about working in China, “She floated the idea of working abroad [and] it sounded very good. She then made a call and, soon after, a man arrived. He looked me over before making a call. I overheard him say ‘kano kajja kukola” — Luganda for ‘this little one will do.’”

Grace handed over her passport to obtain a Chinese visa — she would also agree to pay $7,500 for having been given a job. Impressionable, Grace believed she would be a waitress at Karongo’s ‘African restaurant’ in China. At a shrine in Kibuli, where she was cleansed and blessed, she signed an agreement to repay the money within two months.

On landing in Guangzhou, Grace was told to head to a designated hotel in the city. At the hotel, things took a turn for the worse. In one of the rooms, Karongo presented Grace with a set of skimpy outfits and high heels. Grace says of the provided clothes, “They all fit perfectly. Someone must have given [Karongo] my true description.” She was then ordered to wear the new clothes and get to work, “[Karongo] said I had come to be a prostitute. I collapsed.”

Grace says she spent 10 tough days in China, refusing to sell her body. All this time, a Nigerian man assisting Karongo had taken pity on Grace, and given her the RMB1,000 a night to pay Karongo.

The 2012 report states that “On arrival in the PRC, the traffickers confiscate victims’ passports and are required to pay between $3000 and $5000 before they can get back their passports [with expired visas] and break away from the ‘bosses’ in bondage.” And these bosses, making up to $20,000 and usually female, were often sex workers themselves at one stage.

Grace, due to her stubbornness, was trafficked to Malaysia where she was physically assaulted for again refusing to become a prostitute. In the end, after hiding out at a Ugandan’s pastor’s house and, with the help of the Uganda Consulate in Malaysia, she made it back home.

“This is the opposite of dumbing-down. This is smarting-up…”
Robert Cottrell on Aeon and the proliferation of wonderful writing in the field of popular science.

"Theorem:/ we will liken our souls/ to a pair of winged horses." Weekend poem, by Imogen Cassels.