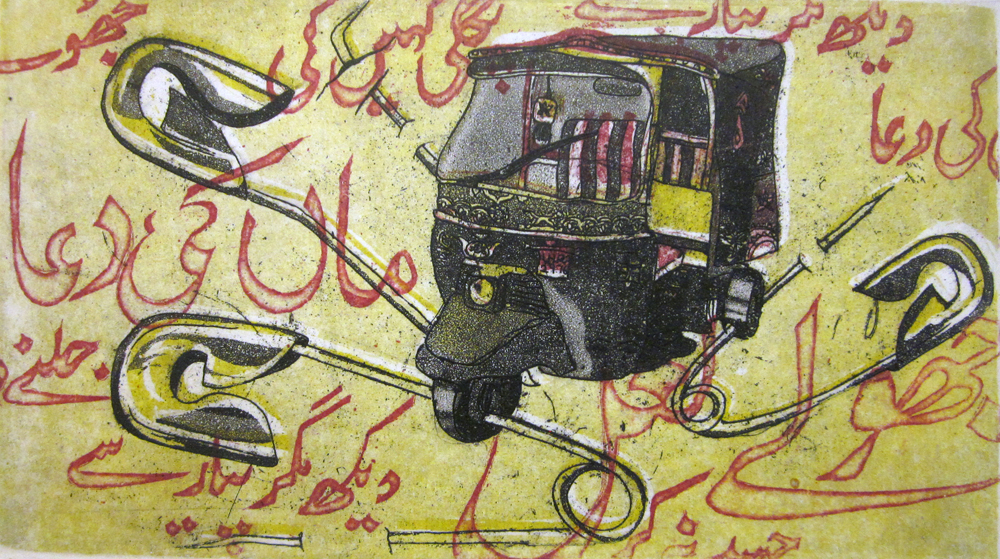 “Yes, but what does it mean,” sighs the Reader flipping through the pages of the manuscript the Author left behind. There is silence in the cemetery, as a delicate autumnal breeze caresses the hardbound manuscript, brushing past the dandelions that have grown from the Author’s remains. Yes, according to Barthes and Foucault, the Author was reduced to a “function,” simply a name bearing no relevance to the meaning of the text.[1] They usually die right after the genesis of the text, leaving the chore of hermeneutics (or the art of interpretation) to the Reader. No ties to the socio-historic milieu in which the Author was located count very much; details of his personal life as reflected in the text become trivial and misleading. The text morphs from being autobiography and documentation to an artwork—self-composed, self-referential, and hermetically autonomous.

In Western academia, this view of the Author is still widely upheld as it generally opens up the path of experimentalism in fictional writing, and encourages critics to be creative in their interpretations. But circumstances as they stand in the East are slightly different. For writing to be an artwork, it must be divorced from its most immediate social parameters—it must not be a commentary on the metropolis and its workings—rather it must transcend the confines of the local to tap into something more universal, something more timeless and identifiable for all. When Oscar Wilde and his contemporaries espoused the idea of “lying” in fiction and claimed magnanimously that “all art is useless”[2], they referred to this very idea of art for art’s sake—the artwork cannot possibly be a means for social reformation/documentation, and if it becomes so, it is relegated to being journalism or didacticism. True art does not moralize; rather it shows without forming value judgments, or without being normative in any way possible. Its function remains the expansion of aesthetic sensibilities, not historiography, certainly not memoir. The Author dies, along with his world. The Reader is born into a different universe, and confronts the text as rootless and wayward as the autumnal wind brushing through his hair.

Perhaps, this is why the need for documentation has become a burgeoning necessity in subcontinental literature. Hardly will a Beckett or a Joyce appear midst the cornucopia of published fiction—the Sidhwas of our time have scores to settle with prescribed gender roles, or memories to tell of Partition, or sketch the lives of the marginalized diaspora in their exile. The Kamila Shamsies and the Hanif Kureishis of our time cannot possibly talk about the stars without watching their steps—but despite their contributions to modern Pakistani literature, they have yet to achieve something which Indian writers like Girish Karnad have made their own—the popularization of a truly native folkloric literature. What Bahram Beyzai achieved on film with “Bashu”, Karnad achieves with “Hayavadana” on stage—allegory and myth serving as means for social commentary—a truly Indian way of self-expression. Modern Pakistani writers like Saba Imtiaz, brought into the limelight through her recent ‘Karachi You’re Killing Me’, can learn from Karnad’s embracing of heritage and ritual in the art of storytelling. Even though Pakistani writers today have become more aware of their environment and are outraged at what they find there, a truly Pakistani canon is still under development.

Native Writers either seek to Americanise their fiction so as to reach a wider audience and to shirk the tag of “conservatism” or take naturalistic verisimilitude too seriously as to sound like news reporters instead of novelists. Poetics, in terms of modern Pakistani fiction, still seeks maturity and authenticity. Like Derek Walcott’s cognitive hybridisation, the modern Pakistani is caught between the memory of its colonial past and a subliminal aspiration towards the colonist’s ideals. Our postcolonial situation has severed our ties with our heritage and tradition, so it is no surprise that the literature of our time stems from this very existential dilemma—to be authentic natives against the pull of popular Western culture. Globalisation, if on the one hand, seeks to dissolve differences, also annihilates individuality and cultural diversity, something which serves as fecund soil for a truly authentic and personal cinema and literature in any culture. The fact that both these art forms in Pakistan have yet to find their footing says more than enough.

The Pakistani Author cannot afford to die, for a truly universal artwork, apolitical and ahistorical in nature, is not and should not be his endeavor, at least not yet. Rather than represent, having been represented for so long—he seeks to tell the immediate truth about his surroundings so as to initiate much-needed change. The death of the Author can only take place once he is born. In merging the local with the timeless, the global with the cultural, the past with the present—we are still finding our way back to Iqbal and Faiz, to Ahmad Nadeem Qasmi, to the Author of the truly Pakistani experience—what it means to share in the heritage of the subcontinent, and what it means to partake in it in the face of modernity. The Reader still waits patiently, amidst heaps of manuscripts for the genesis of a truly Pakistani voice, and the truly authentic Pakistani Author.

Momina Masood is a literature graduate and a philosophy enthusiast, a bubble-burster by avocation and a non-fiction writer by aspiration, still struggling to make her name in the academia.

[4] Spivak, Gayatri Chakravorty. “Can the Subaltern Speak?” in ‘Marxism and the Interpretation of Culture’. Eds. Cary Nelson and Lawrence Grossberg. Urbana, IL: University of Illinois Press, 1988: 271-313.

*An extended version of this article appeared in 3:AM Magazine on Friday October 9th, 2015.