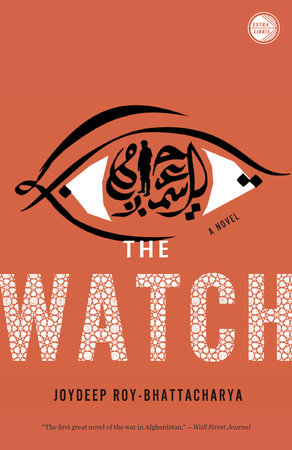 “My brother was a Pashtun hero, a Mujahid [sic], and a freedom fighter,” says Nizam to the American’s Afghani translator. “He fought the Taliban. And he died fighting the Amrikayi (American) invaders. He was a brave man” (7, parenthetical comment mine). “He was a terrorist,” the translator responds (7). The Army officer supervising the translator interjects angrily: “Your brother Yusuf wasn’t innocent. He was a Taliban leader who murdered my friends and fellow soldiers. He was a dangerous militant” (13). Nizam in unmoved. She refutes everything and reiterates how the rest of her family was killed in the airstrike that left her legless. Hearing this, the Army officer is similarly unmoved and refutes her claims in turn. He adds, “I myself am here because innocents were killed–thousands of innocents. Do you know what was done to my country? Entire buildings collapsed!” (13) [5]. Thus, the basic opposition of war is articulated in Sophoclean terms: each side not only feels more “right”, but also more “wronged” than the other.

Roy-Bhattacharya has the advantage of writing not only well after Sophocles, but also after Hegel and hundreds of subsequent translations and analyses of ‘Antigone’. He cites two versions: Robert Fagles’ 1982 translation and Nicholas Rudall’s 1998 translation. His familiarity with the central paradox of the play is obvious in his retelling. “That’s sacrilege!” Nizam exclaims upon hearing that Yusuf’s body will be publicly displayed in Kabul. “You can’t rob a dead man of his soul. It’s forbidden, and I won’t allow it. I have a religious duty to my brother,” exclaims Nizam (14). “And I have a duty to the state,” the American officer replies. “Which is also your state, by the way. I have a duty to abide by the rule of law, which are now your laws. Without laws, we’d be back to your tribal anarchy” (14) [5]. Just as in the original play, it is evident that Nizam and the American soldiers are operating within two antipodal systems of belief, Nizam siding with religion, and the soldiers with the law of state. Each has a “duty” or “law” to follow that is either not recognized or declared illegitimate by the other. The soldier’s insensitive, Americentric remark about “tribal anarchy” puts him fundamentally at odds with Nizam, dividing the spheres like in ‘Antigone’, but through different application.

Nizam is just as homeless and out of place in the American’s valley as Antigone is in Thebes when it is reduced to Creon’s state of exception. “They’ve leveled everything here,” Nizam says of the valley. “There are no trees, and there’s no vegetation. […] The ground is scored with boot marks and the tracks of many vehicles” (3-4). She describes the fort as “an Alien accretion” (5). Just as Butler [6], Meltzer, and others show how Antigone is wholly out of place in Creon’s state and even unfit for the world of the living, so too can we see how Nizam is a strange ghost in her own land. Already reduced in body by the loss of her legs, she resigns herself to death early on in the novel: “I look around the field with a heavy heart. This is where I’m staying. This is now my final home. How strange life is. I used to have so many wishes, so many dreams” (25). Like Antigone, Nizam now only has one wish and dream: to honor her brother’s body. She devotes her entire being into this single cause, as Segal says of Antigone:

“She challenges human law with an absolute that she backs up with the resolve of her own death, for this is the fullest assertion she can make of the intensity of her moral convictions. She can assert what she is only by staking her entire being, her life. It is by this extreme defense of her beliefs that she rises to heroic and deeply tragic stature.” (140) [1]

Each incomprehensible to the other, Nizam and the American soldiers attempt in various ways to do what they believe is “right.” The soldiers attempt to placate Nizam by giving her a bloody piece of Yusuf’s clothing to bury in lieu of his body (20). It is a surprisingly compassionate, humanistic gesture from a group ready to kill Nizam at any moment, but it does not satisfy her need to honor her brother and her religion.

In both tales, each party acts boldly and with resolve (at least initially) because they are sure they are “right”. Yet, inevitably, neither party can take into account all the factors in play. Not all important information can be known. Each party is blinded by their bias and by circumstance and stick to them until the end of the narrative.

“Tragedy,” writes McClintock, “poses the question: how do we act justly in a world where absolute knowledge is not guaranteed, where our eyes may deceive us, and where the stuff of the material world may be precarious?” (827) [7]. Regarding ‘Antigone’, ‘The Watch’, and the real context of war, it is impossible to achieve absolute knowledge and to always read the material world accurately. Ideology, bias, fear, and certainty of “rightness” ensure the ongoing production of conflict and tragedy. Just as in Sophocles’ Antigone the laws of the state are too stringently imposed on family, kinship, and religion with disastrous, tragic effect, so too are the “laws” of the American neo-colonial state problematically imposed in various contexts around the globe with equally troubling results. If Hegel is correct in his assertion that tragedy often stems from the opposition of “right” with “right”, then in order to reach resolution both “rights” need to reassess their self-defining criteria and take into account the reality that no position is “right” in every context. Flexibility, compromise, and compassion would hypothetically stop the tragedy of ‘Antigone’, and the same can surely be said about ‘The Watch’ and real-world conflict.

[1] Segal, Charles. “Antigone: Death and Love, Hades and Dionysus” in ‘Tragedy and Civilization: An Interpretation of Sophocles’; Cambridge, Mass, Harvard UP, 1981. 179-188

[7] McClintock, Anne. ‘Imperial Ghosting and National Tragedy: Revenants from Hiroshima and Indian Country in the War on Terror’ in PLMA, Vol 129, No 4, October 2014. 819

Goff, Barbara and Michael Simpson. ‘Crossroads in the Black Aegean: Oedipus, Antigone, and Dramas of the African Diaspora’; Oxford, Oxford UP, 2007

Nussbaum, Martha C. ‘‘Sophocles’ Antigone: Conflict, Vision, and Simplification in The Fragility of Goodness: Luck and Ethics in Greek Tragedy and Philosophy’; Cambridge, Cambridge UP, 2001. 51-82

Segal, Charles. “Antigone: Death and Love, Hades and Dionysus” in ‘Tragedy and Civilization: An Interpretation of Sophocles’; Cambridge, Mass, Harvard UP, 1981. 179-188

Shamsie, Kamila. “The Watch by Joydeep Roy-Bhattacharya – Review“, The Guardian Online. 15 June, 2012 (Cited in part one)

“it’s possible this poem/ won’t be believed…” Poem of the Week (February 10), by Annabel Banks.