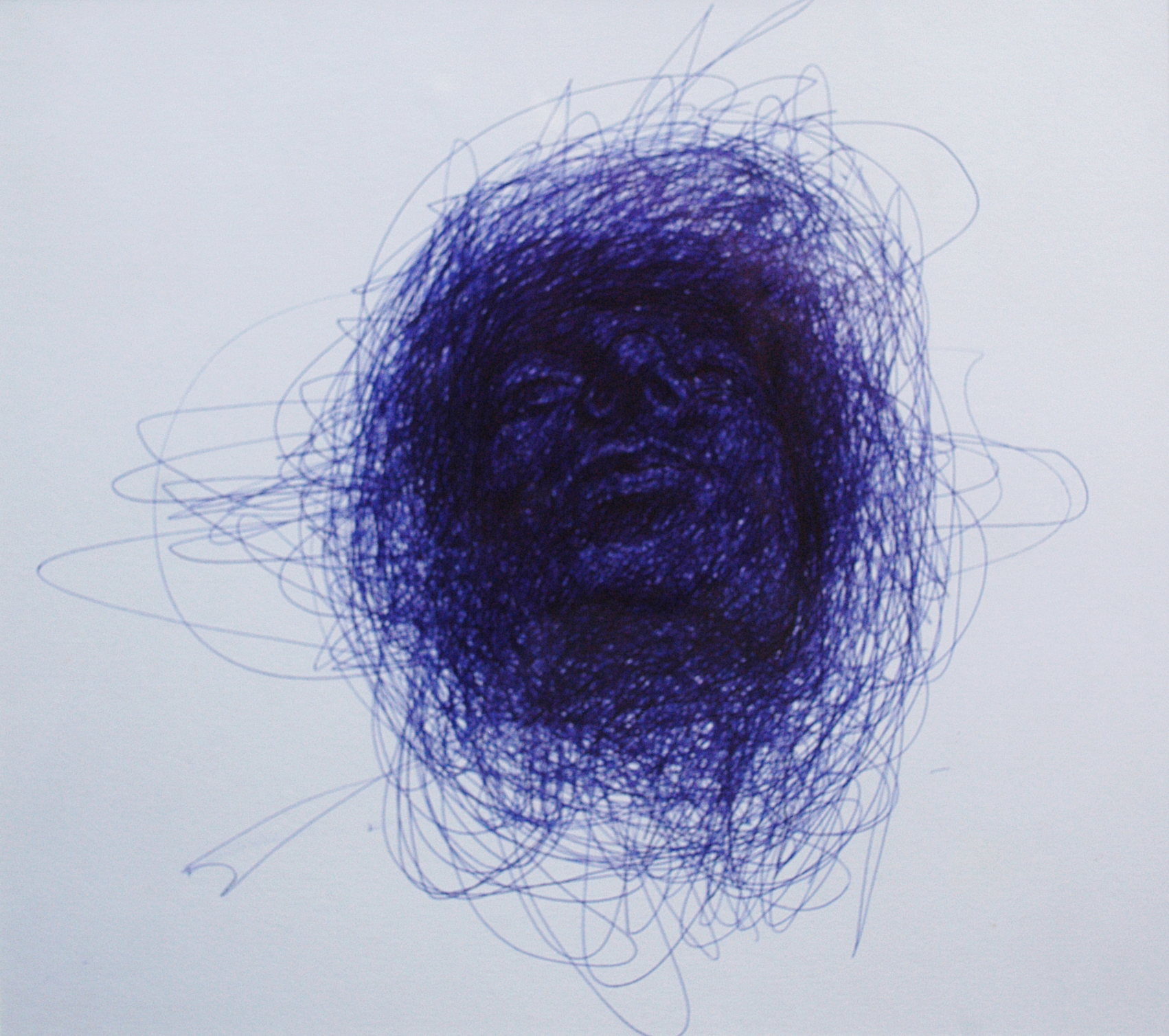 The receiving end of this phone smells like shit. Like the dried spit of every inmate that has used it. Thousands of mouths spitting sob stories and tears and gingivitis through wires and into the ears of the people who cared the most and who were the sickest of hearing. This is what I think as the phone rings, as I hear the buzz in my ear like a belch down a distant hallway. I think of how my phone smells like unbrushed mouth and how hers probably smells like peppermint. “Pick up a collect call from Hillsborough County correctional facility, Bethany, please. I got a sad story for you.”

Looking out across the aisles of bunks, I wonder who saw that. Who saw me call and get no answer? Foster is crying so loud into the phone that I think he’s taking most of the attention, but you never know. In jail someone is always watching. Not just C.O.’s either, it’s inmates looking for ammunition. Felons gossip more than schoolgirls. Folks are bored here, and word travels fast in institutions, especially in an open-dorm pod like this. Everyone knows everyone else’s business. I know Foster is crying to his mom right now; Listening to him, I know Foster’s mom has money and the reason he’s making a snotty mess right now is that she won’t bail him out. On the other hand, his screaming into the phone just let everyone know that she fills up his canteen every week. And as soon as Foster goes back to his bunk, one at a time people will stop by and say things like “Momma won’t bail you out, huh, Bieber?” In here, if you’re white and you have blonde hair your nickname is Bieber. If you have dark hair it’s Harry Potter. And everyone, myself included, is looking at him thinking two things: Foster is cracking, and he’s got a full canteen.

White-Fang got there first. White-Fang is called White-Fang because one of the poor kid’s canines sits so high above the rest of his teeth that it’s the most noticeable thing about his face. The only other glaring trait that White-Fang has is that he’s dumb. I overheard a conversation where he asked someone what they were in for, they said larceny, and he thought it meant they burned down a building.

I heard him later saying to his buddy, “Yo, don’t fuck with that dude. He’s crazy. He sets shit on fire.” But even White-Fang, the big dumb cracker, is smart enough to know an opportunity when he sees it. He sits down next to Foster and I see them talking. Hell, I even see them smiling. And then, White Fang opens one of the drawers under Foster’s bunk and takes out two Snickers bars, tosses one to Foster, and starts unwrapping the other one himself.

Everybody saw that go down. Foster didn’t say a word when another man ran his hands all through his personal drawer. And now it’s open season.

In the chow-line Foster is staring at the wall. His nose is still glistening and his lips and eyes are still wet and swollen from crying all day. His body is in here, but his mind is still outside. It is in his mom’s house. It’s with his ugly girlfriend, and his shitty, blunt-smoking buddies. It’s with his childhood regrets and vague thoughts of everything he could have done differently. His mind is in a fairytale, and it couldn’t care less what his body is doing. He barely even notices when he drops his cup of Jim Jones as it’s handed to him. Every single person in line is staring at him and watching the red juice shoot up out of the bouncing cup and drench his right leg.

At the table he’s barely eating his food. He’s just poking the meat patty with his spork and staring into his cup of cloying punch. All around him is chaos, trades and fast talk, people standing up yelling out offers and swiping bites from people’s plates when their heads are turned. It’s the loudest time of day in this place.

I could cry. I want to go grab him and slap him, and tell him to get his food back, to never ever let any one near his shit ever again, and, most importantly, I want to tell him to pay fucking attention. But I don’t.

I see someone’s head pop up and yell, “Yo, Beiber. I know you like them veggies. I’ll give you my veggies for a soup.”

Foster doesn’t even look up, he just sort of groans and says, “No, thanks,” and goes back to staring in his cup. The guy picks up his tray and sits right next to Foster.

“You didn’ hear me? I said I know you like them vegetables.” Then he takes two bites of the watery green beans on his tray and scrapes the rest of them onto Foster’s.

Later I see him come up to Foster, who is laying on his bunk staring at the ceiling, they talk, and I see him walk away holding two packs of Ramen, the irrefutable currency of American jailhouses.

As I’m flipping through the Old Testament in bed, I see Foster lying in his bunk staring at the ceiling again. He’s wrapped up in his itchy Bob Barker blanket with part of it pulled over his head so he doesn’t have to look at anyone. Somehow the moisture hasn’t completely gone from his face. His eyes are still red-rimmed and swollen. I try not to notice. I try to read. The Bible is the only book that’s easy to get your hands on in here. They say there’s a library cart that will come around if you ask for it, but that’s a myth. As soon as you ask for a Bible though, lo and behold. I don’t mess with the New Testament though. I don’t like that stuff; I’m looking for the part where God and the devil make a bet over some guy’s soul. I read it the last time I was here. It almost seemed like a part out of a regular book.

Williams and McDougal come up and take the blanket off Foster’s face, “Foster, we’re making goulash. You want in?”

They open up his drawer and take out a few packs of ramen, two generic slim jims, a cheese stick, a bag of Doritos, and a bag of Cheetos. They go back to their bunks and start smashing all of the food up and dumping it into a trash bag they have hidden under one of their mattresses. I know that Foster isn’t getting any of this goulash. Everyone knows that. For the life of me, I don’t know how Foster doesn’t get it by now. As I watch McDougal throw the Ramen on the ground over and over again, I look over and I see that Foster is scribbling on a piece of paper. He is laying on his bed on his stomach with knees bent and his feet sort of kicking behind his head like a little girl in a movie writing in her diary. I could cry. I want to go grab him and slap him, and tell him to get his food back, to never ever let any one near his shit ever again, and, most importantly, I want to tell him to pay fucking attention. But I don’t.

David SanchezfictionStory of the Week

“I let her zigzag the room in the lazy circles that earned her the nickname. Her statement was not directed at me. It was part of the process, part of the figuring out.
I let myself wonder how she died. Painful or quick? Her own fault or no-one’s?”
By David Hartley.

Author of the Month: Nnamdi Oguike

"Quite frankly, there are times when I hear or play a good piece of music or sing a song and...