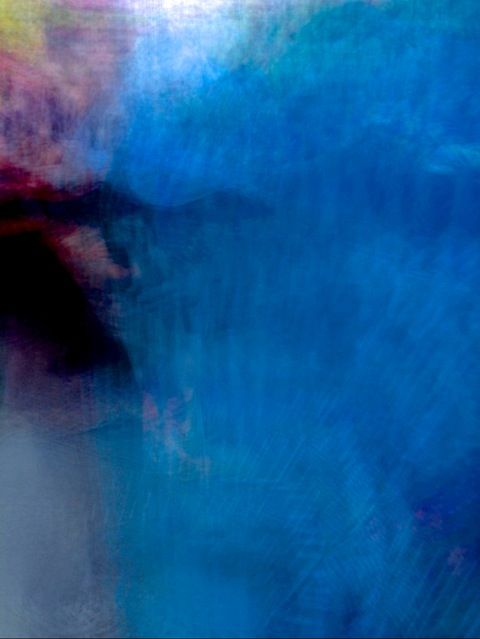 Hours passed. I went for a walk. Walking would help, I thought. It did. Except that my mind kept straying from what I wanted it to settle on: the plane passenger and the blind man. Straying to the issue if reckoning with one’s power is part of being grown-up for, so I thought, every grown-up has power, even when they have no inkling of it. The only exceptions being those consumed by anxieties, in the grip of an antique mother well into their old age — they have no power at all. But I’m wrong there. They, too, tie down their tyrannical mothers, torture whoever is even more helpless than themselves: the less they want to, the more they do. Then a mother with her child in her lap caught my eye, sitting with face turned towards the sky. Is she blind? Why do the blind turn their heads upwards? Is it to hear better?

All this I will delete: the plane passenger will not be me but another guy called Siniša. Their acquaintance can’t go back a long time, since the conditions of blind living are not self-evident to him.

Karel arrives at the airport. Yes, it is him, Karel: of medium height, around 35, short black hair and matching eyes now blue, now green, now completely dark, the only reason I will not write occasionally black is that I like the phrase more than I fear it and I couldn’t care less if people find this unbelievable, the only thing that matters is that Karel sees splendidly with his eyes of changing colour, to the point of embarrassing people even. He is travelling to Istanbul: we know more or less where that is but what if I say, he takes off from Ljubljana, or from Iași for that matter? Does he need a visa or anything of the kind to land in Istanbul?

I have only three matches left. And three cigarettes left, but that would be no problem, I still have an unopened pack of Karelia. So much the worse, there will be no smoking tonight.

…after a while the pictures started climbing off the walls of the exhibition room and stretched until they had as many dimensions as they needed. Four, because they didn’t want to live for ever.
Karel doesn’t need a visa from Ljubljana (or Iași), but there are some conditions he had known about but forgot. The customs officer is sitting behind a glass sheet, Karel greets him with a ‘Good morning’, and reaches out his passport and plane ticket. The customs officer is a burly (in parenthesis: fat) man who is eyeing the polite man in front of him with a dose of suspicion, as according to his standards this can’t be pronounced well-dressed. What he sees is stubble on Karel’s face, a rust-coloured T-shirt, a zipped black sweater. Polite but not well-dressed. The loafers whom he suspects to be polite out of arrogance make the customs officer nervous. Or, as he puts it to himself: penniless but playing the billionaire to me. He answers the greeting with such delay that it seems he was the first to say hello and Karel the one who didn’t even bother to answer.

It’s over, I have no matches left. I was wrong, I only had two, not three because I had already lighted one in the park and put it back into the box with the others, so I wouldn’t have to walk with it to the first wastebin.

The customs officer checks the passport, leafs through it and asks:

‘What is the purpose of your travel to Istanbul?’

‘I’m going to an exhibition.’

‘How much money do you have on you?’

‘None. I paid for the plane ticket and it will be refunded as soon as I get to Istanbul.’

‘Are you aware at all of the conditions of travel? I cannot let you pass, you would be returned from Istanbul if you haven’t 30 euros per day. Read this through’, the customs officer points at a printed form on the wall of his glass cage, ‘you need to have 30 euros for every day spent abroad, in addition to the health insurance of course. I’m very sorry’, he adds, calmer now, but this of course merely means that this exchange is over as far as he is concerned. Next please.

There is no-one queuing after Karel. It is early in the morning, the small Ljubljana (or Iași) airport is completely empty.

‘I must be in Istanbul tonight.’

Karel is looking at the customs officer with his eyes of changing colour with what seems like definitive calm.

‘There, under the stairs, you can get health insurance’, answers the customs officer, surprised at his own words. And indeed, you can buy insurance, Karel finds some local currency in his wallet, the whole thing turns out to be unexpectedly cheap.

Karel walks back to the customs officer’s window, he puts the stamp in his passport, draws Karel’s attention to read the conditions of travel next time before he starts off, withholds the passport for ever so short a while, then releases it.

‘Thank you’, says Karel like someone who has been wished a pleasant flight.