Following the release of Baz Luhrmann’s glamorous trailer for the new Gatsby movie, interest in Fitzgerald’s classic has rekindled. Luhrmann, whose repertoire includes the glorious Moulin Rouge and the slightly less glorious Romeo + Juliet, has endeavored to create a 3D adaptation of one of the most iconic pieces of American literature. While the trailer, with its glossy, indulgent feel and awkward soundtrack choices, fails to promise anything more penetrating than the adaptations of the past; one still latches on to the hope that given the director’s prior record he will be successful in communicating the essence of a novel that up till now seems unfit for cinematic revision. 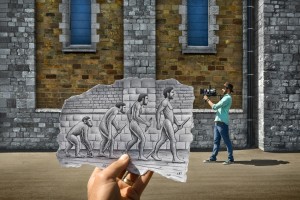 The Great Gatsby, a novel that so poignantly chronicled the defining aspects of the jazz age, has been adapted for film, stage and even TV. The most significant film adaptations were the 1974 Jack Clayton version with Robert Redford and Mia Farrow, and the 2000 Robert Markowitz made-for-TV movie starring Toby Stephens and Paul Rudd.

The problem with these adaptations has been that they fail to capture the subliminal quality of Fitzgerald’s writing. Fitzgerald wrote about “the roaring twenties”, an age that boasted flappers, bootleggers and gangsters, an age in which “the buildings were higher. The parties were bigger. The morals were loser and the liquor was cheaper. The restlessness approached hysteria.” However, the movies fail to communicate this aspect effectively. The parties, the drinking, the infidelity and the wantonness, all the superficial markers of that age are present but they fall short of portraying the power of Fitzgerald’s “dialogue”.

While Markowitz’s The Great Gatsby took its liberties with the plot and Fitzgerald’s prose, the 1974 version stayed true to the novel in almost every aspect. However, both these approaches left the viewer unsatisfied; Nick Carraway’s narration that is the perfect blend of curiosity and detachment in the novel, is cloying in Clayton’s movie, giving it a lugubrious and cumbersome feel; and in Markowitz’s film the artistic license has been used much too liberally giving one the feeling that had Paul Rudd’s character borrowed more from Fitzgerald he would not have come across as aloof and clumsy as he does. What is most shocking is that despite staying faithful to Fitzgerald in almost the whole of the movie’s narration and events, Clayton digresses on the most critical point; the ending. Clayton ends the movie with the well-known “Ain’t we got fun?” to highlight Carraway’s disillusionment, rather than closing it on the legendary last lines that are as famous as the novel itself, “So we beat on, boats against the current, borne ceaselessly into the past”.

This may only be because the movie lacks the understanding of what the book is really about; not the glamour and opulence of East Egg’s apathetic rich, but the failed pursuit of hedonistic pleasures and lost dreams. These are the perilous waters in which the new Gatsby adaptation will also find itself in if not careful. The glamour and luxury portrayed in the trailer, if any prediction of what the movie will be about is only the spectacle of sex, booze and revelry, rather than what lies beneath them. Despite appearances, The Great Gatsby is a solemn and subtle tale, and it needs to be treated as such otherwise its true meaning will be obfuscated by the superficial treatment of these aspects.

It is striking that at the time that it was originally written The Great Gatsby did not instantly reach the iconic status of a modern classic, and it was only when the leftover plethora of unread copies was distributed to American military at the time of World War II that Gatsby started becoming popular. But ever since its popularity has never faded and it has been revived every few years proving to be as relevant as it was in the Jazz Age.

Interestingly, Jack Clayton’s adaptation of The Great Gatsby came at a time that was not much different from the twenties in which the novel was written. Like the Jazz Age, the sixties characterized changing tides in American history; both welcomed abandon when it came to the conservative values of the past and embraced a more liberal and cavalier attitude towards social dealings. The social upheaval of the 1960s saw a change in social norms, lifestyles, fashion and music. The making of The Great Gatsby close to such a historic time seemed like an apt choice. Fifty years later, the narrative was still relevant in exploring a changing America along with the fallout of that change.

And again, with the expected release of another Gatsby adaptation, the relevance of Fitzgerald’s message in today’s time cannot be overlooked. With the American Dream shattered, rampant economic recession and a general feeling of disillusionment and discontentment plaguing the country, Gatsby’s dream of the green light is ever so significant. For “Gatsby believed in the green light, the orgastic future that year by year recedes before us. It eluded us then, but that’s no mater – tomorrow we will run faster, stretch out our arms farther…and one fine morning…” (The Great Gatsby).

The new world has many Gatsbys obsessing over past glory, compromising themselves for fleeting pleasures and finally being consumed by their own passions. The hierarchical class structures that Fitzgerald emphasized through the dichotomy of West Egg and East Egg dwellers, between new money and old money, is still very much a part of American society. So while the movie will transport the viewer back to the 1920s, retrospect will provide sharp insight into the America of the twenty first century. All that remains to be seen is whether Luhrmann will separate his film from the mediocre adaptations of the past creating something that captures the true spirit of The Great Gatsby or will he join his predecessors and deliver a mere literal retelling of a novel that is multi-layered and profound.

Sana Hussain is Features Editor for The Missing Slate.

“Everything is stilled, when dancers/ stop and listen to the liquid gold…” Weekend poem, by Milton P. Ehrlich.

The Politics of Aesthetics: Steampunk

On the evolution of steampunk by Aaron Grierson