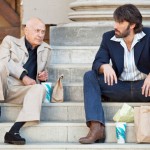 At the end of Argo, I was left feeling more than a little confused. Perhaps my expectations were too high — then again, the film had just won a Golden Globe for best Drama and was slated as the top contender for Best Picture at this year’s Oscars (an award it ended up winning), so how could they not be? Let me just get it over with: this movie is by no means exceptional, and nowhere near the quality of film one should expect from a Best Picture nominee, let alone a winner. I get that it successfully recreates the mood and setting of the time, and that it is based on actual events, but those factors alone do not make a great movie. You can take the most intriguing events from the past and plug them into any Hollywood movie formula you want, and you will still end up with a cookie-cutter clone of hundreds of other films. And that is Argo in a nutshell.

Without going into too much detail, let’s just say that for starters, a movie claiming to be concerned with its historical accuracies shouldn’t have let Ben Affleck cast himself as a Hispanic. It seems more like ego-masturbation than artistry to me. The story seemed to lack development; from its inception, all that mattered in the context of the film, was getting from point A to point B to point C. The viewer understands why the main characters want to get to these points, but the antagonist takes the form of an abstract idea that an entire country is trying to prevent the characters from achieving their goals, under threat of death. At no point is the antagonist fleshed out in any way, or given any true substance, which makes the film lose a sense of dramatic tension, especially when we already know how the events play out anyway. It is cringe-worthy that the most threatening thing the writer and director could come up with was to have a mob of people shout at their characters as they walk through a bazaar — this was the height of dramatic tension in the entire film.

The opening sequence was strong, aside from the cartoonish narrative, and it should conjure some emotions in most American viewers due to the recent media storm surrounding the Benghazi attack. But this quickly dissolves into some of the worst film editing I have ever seen. The shot selection and the cutting choices for the first conversation between Affleck and Cranston are laughable at best, and it is difficult for it to go unnoticed by anyone with an eye for these things. Luckily, it never quite reverts to that level of awful, but the story plods along as if it were put together by a child learning how to shove shaped blocks into the correct holes. Don’t let the historical patriotism fool you, this movie is pure Hollywood. The good guys win. The “bad guys” try to stop them, and dramatic irony is used to its fullest effect, in the hopes of making the viewers squirm in their seats, but in my opinion it just doesn’t work. We know what is going to happen before it happens. The editing doesn’t fool anyone.

I wanted to really like Argo, and for the most part, it is enjoyable. But it isn’t amazing. It isn’t the best movie I watched all year. At the end of this one, I wasn’t sitting in my chair with my jaw hanging open, and feeling like I had the wind knocked from my chest. I just flipped the channel over to see what else was on.

Snow Flower and the Secret Fan