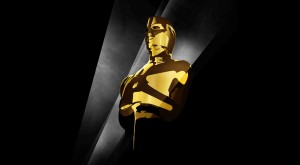 Oscar and I have never gotten along all that well, but we started really losing touch the year Forrest Gump was given Best Picture over The Shawshank Redemption AND Pulp Fiction. This can almost be forgiven in hindsight, as the two more popular films may have split their votes, thus allowing Gump to take the lead. It is generally agreed upon that this was a horrendous upset. However, how can they explain the victory of Shakespeare in Love over Saving Private Ryan? Or what about the fact that Citzen Kane didn’t win, the film that until last year was heralded as the greatest film of all time by the American Film Institute (recently replaced by Vertigo). And then there is Crash over Brokeback Mountain. That was the moment the Academy had a golden opportunity (pun intended) to make a statement about human equality, during a time period where constitutional amendments banning same-sex marriage were being tossed around like acceptable ideas, but instead of using their stage to show the world America was capable of forward thought, they chose to stand still as a statue.

The fact is, the Oscars have rarely been about rewarding the most talented nominees, or the most deserving. If that were the case, Stanley Kubrick would have won multiple Oscars for Best Director, instead of none, and Martin Scorsese wouldn’t have had to wait until he made The Departed to receive one. The Oscars have also rarely been about taking chances on new talent. Much like box office success dictates a film’s success or failure, the awards given on a live broadcast must go to tried and true nominees. By the time the Oscars air now, the world has already seen the Golden Globes, and read the most popular film critics’ top ten lists. When the Oscar nominees are announced, there are generally no surprises. It’s the same names and contenders we have already seen. These have already proven successful, and are sure to draw an audience for the ceremony. It’s just another chance for us to watch celebrities gather in one place and pat each other on the back for being so beautiful and successful, another chance to reemphasize our culture of celebrity worship, turning our TV screens into altars for our admiration and envy.

I don’t want to sound bitter, but the Oscars have lost all relevance to my view of great cinema. Looking at this year’s winner list, I was appalled; especially that Argo was awarded Best Picture. Why? Because it is the most vanilla of the nominees. It is a formula piece set against the backdrop of a true “Great American Story.” I just recently watched it, and I think it is the weakest of the nominees I have seen. The most exciting thing that happens to the hidden Americans in the film is that they get yelled at by a mob of people at a bazaar? Oh, that’s groundbreaking. The best movie of the year wasn’t even nominated, for ANYTHING. That was Cloud Atlas, by the way, though some may disagree — mostly those who don’t want to decipher complex metaphor and non-linear film editing for three hours. However, the fact that this film wasn’t recognized will go down in history as one of the larger mistakes the Academy has ever made.

So, do the Oscars matter at all anymore? They have tried to gain a wider audience in recent years by increasing the Best Picture nominees to ten, by allowing more popular films to be nominated (take Avatar for instance), even giving a Best Picture award to LOTR: Return of the King. But many would argue that by making such concessions, The Academy has lowered the value of the award, decreasing its prestige. Sure, it still has the power to make or break a career, to put extra zeroes on paychecks, to give an actor or director many more options than before (which may or may not lead to bad choices), but ultimately that only matters to that handful of people. The little golden statue goes on a mantle, and then the world moves on. Good movies and bad movies continue to be made, and the world continues to pay to see them, whether or not they will win any awards. As for me, the best award I can give a film is a ripple of gooseflesh washing down my spine as the end credits start to roll. I don’t need to see an award handed out to know if that feeling was real or not.

“Friendship of four and flour, a pair and a pregnant mouse,// five swine must breed to double their number….” Poem of the Week (June 8), by Julia Rose Lewis.